More than two dozen tornadoes were confirmed across the Deep South on Tuesday and overnight into Wednesday, some of which were deadly.

“We have confirmed reports that our community has lost two lives from the overnight tornado. Thanks to the heroic efforts of our first responders many other lives were saved. We pray for our community as we mourn this tragic loss of lives,” Thornton said, noting that all residences had been checked early Wednesday.

The National Weather Service’s office in Birmingham, Alabama, tweeted that a tornado had been confirmed by radar southwest of Tallassee and previously that one was near Bolyston. 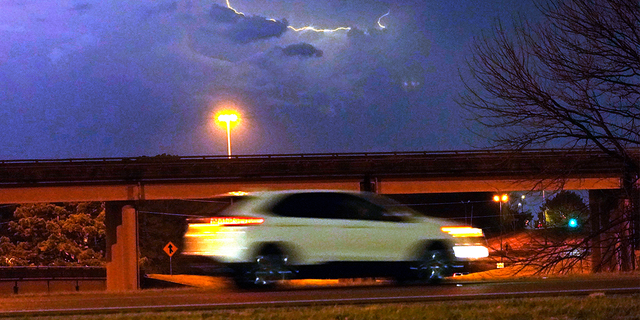 A vehicle races along a Jackson, Mississippi, street as lightning streaks across the sky Tuesday evening Nov. 29, 2022. Area residents were provided a light show as severe weather accompanied by some potential twisters affected parts of Louisiana and Mississippi.
(AP Photo/Rogelio V. Solis)

Heavy rain from the storm brought hail as big as dimes, and homes were impacted by a tornado in Alabama’s Hale County.

Additionally, flood watches were issued for parts of southeast Mississippi and southwest Alabama.

Videos showed the moment powerful winds hurled chairs in the air, and WCBI shared photos of damage in Mississippi – including a bridge that had been washed out.

The NWS also confirmed that tornadoes hit the ground in that state and received reports of people trapped at a grocery store in Caledonia. 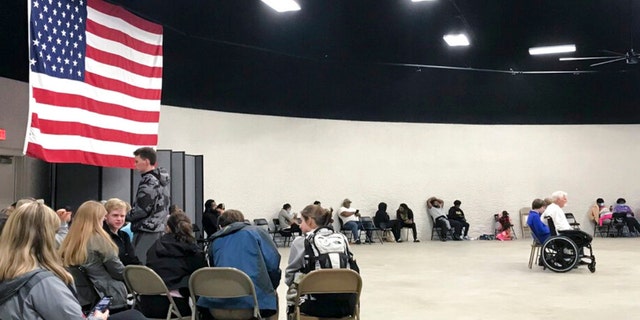 Cindy Lawrence, the emergency management agency director for Lowndes County in Mississippi, told WTVA-TV the people inside the store made it out safely and that a family trapped in a house about a mile away had escaped.

On Tuesday, some of Mississippi’s public school systems closed early and classes at Mississippi State University switched to remote instruction. 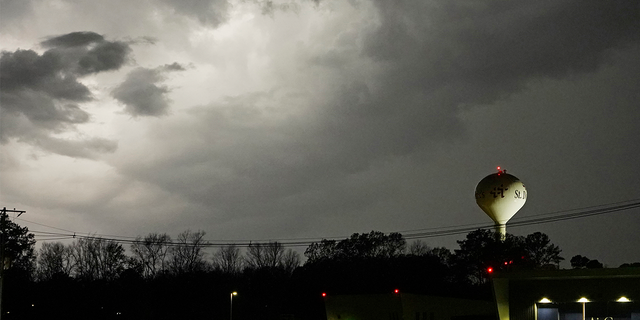 According to tracker PowerOutage.US, more than 41,000 customers were left without power on Wednesday in Alabama and over 13,000 were reported in Mississippi. 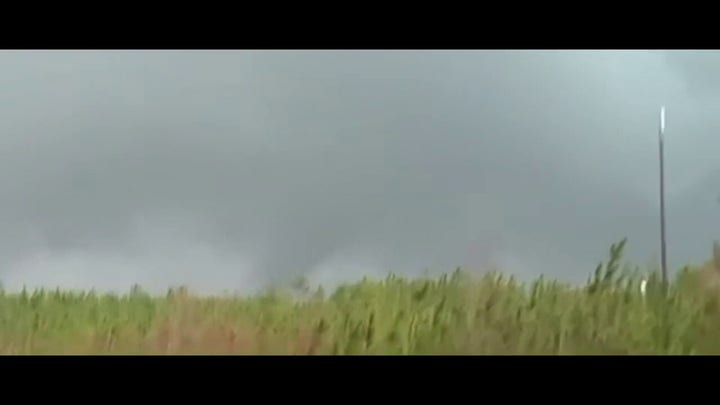 The storm was expected to shift toward the Southeast and eastern Gulf Coast on Wednesday, with the risk of severe weather threats remaining.