Gunfire erupted on Bourbon Street in New Orleans wounding five people during an apparent argument over the weekend, authorities said.

The shooting happened just before 2 a.m. Sunday in the 200 block of Bourbon Street in the city’s French Quarter, New Orleans police said.

An argument broke  out between individuals when an unknown male suspect “produced a gun and began firing into the crowd, striking multiple victims,” FOX8 New Orleans reported, citing police.

The victims, which included three males and two females, all suffered non-life-threatening injuries, police said. Authorities did not release their ages or identities. 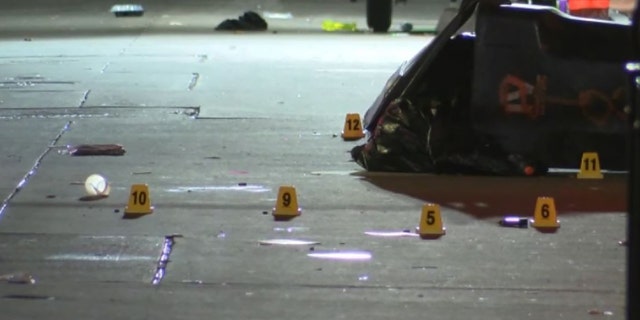 The local station obtained surveillance video that shows a group of people standing on a sidewalk when a male wearing a beanie appears to exchange words with other men. 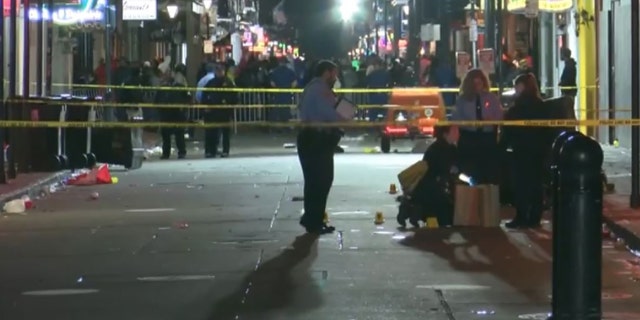 As the man in the beanie speaks with a man in a light-colored jacket, who can be seen with his hand on his waistband, shots are fired from just out of frame. 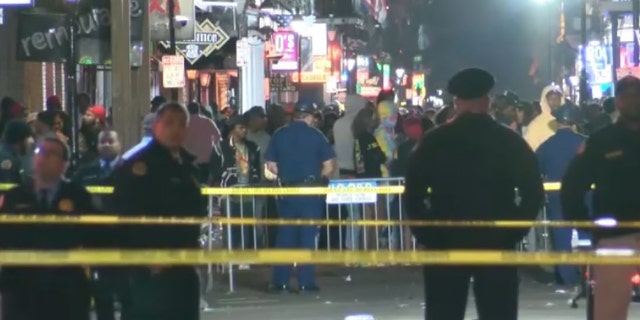 The shooting occurred as tens of thousands of people were visiting for the weekend’s Bayou Classic football game between Gambling State and Southern University.
(FOX8 New Orleans WVUE)

While no arrests have been made, police said two individuals were detained for questioning. Both individuals had weapons, which authorities seized.

The shooting occurred as tens of thousands of people were visiting for the weekend’s Bayou Classic football game between Gambling State and Southern University.