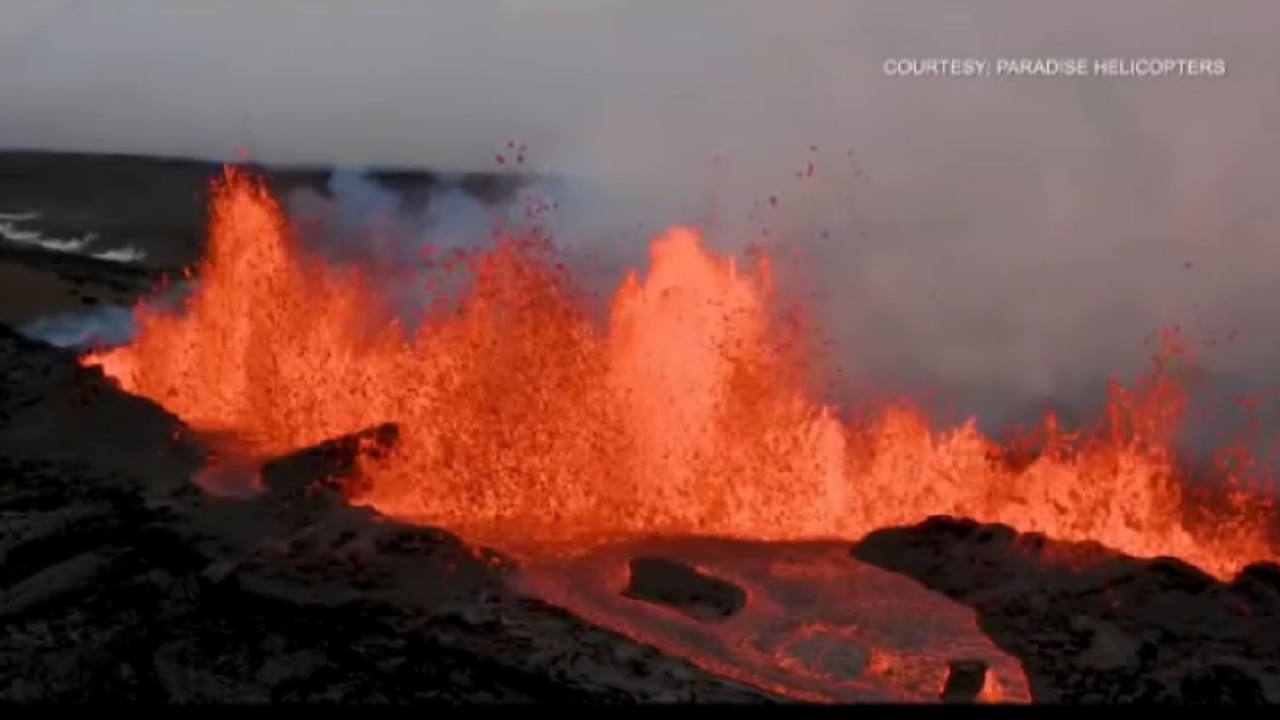 Stunning footage taken by a helicopter has captured close-up views of Hawaii’s Mauna Loa volcano erupting, with lava spewing into the air.

It is the first time the volcano has erupted since 1984, marking the end of Mauna Loa’s longest quiet period in recorded history.

The eruption began in Moku’āweoweo, the summit caldera of Mauna Loa, on Sunday at approximately 11:30 p.m. HST, according to the Hawaii Volcano Observatory.

“The Northeast Rift Zone eruption of Mauna Loa continues, with several fissures and lava flows active,” the U.S. Geological Survey said Tuesday, but noted that “no property is at risk currently.” 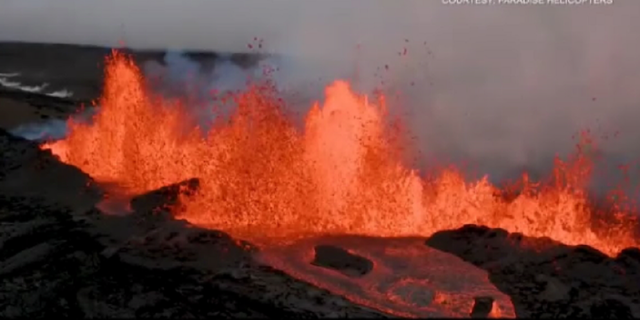 Mauna Loa in Hawaii is erupting for the first time since 1984.
(Paradise Helicopters) 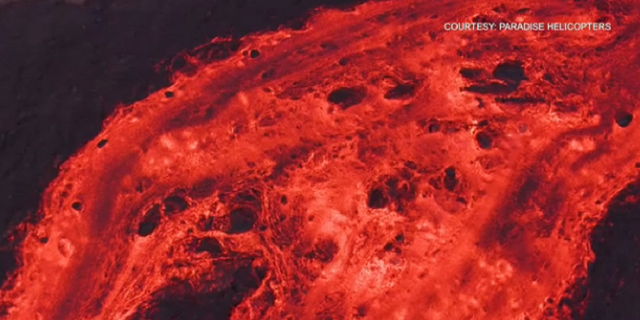 Lava flows from Mauna Loa remain active, the U.S. Geological Survey said Tuesday, but there is no ongoing risk to property.
(Paradise Helicopters)

Hawaii Gov. David Ige tweeted that Hawaiʻi Island – where Mauna Loa is located — “is open to visitors, and it is safe to view the volcano from a distance.” 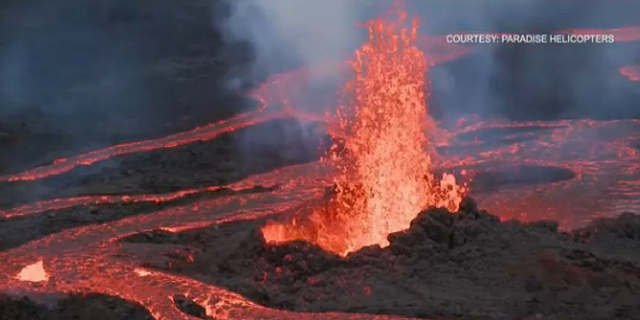 One of the lava fountains has reached heights of up to 164 feet, the U.S. Geological Survey says.
(Paradise Helicopters)