Woman visits Disney World every month, donates plasma to cover costs: ‘I can help somebody’ 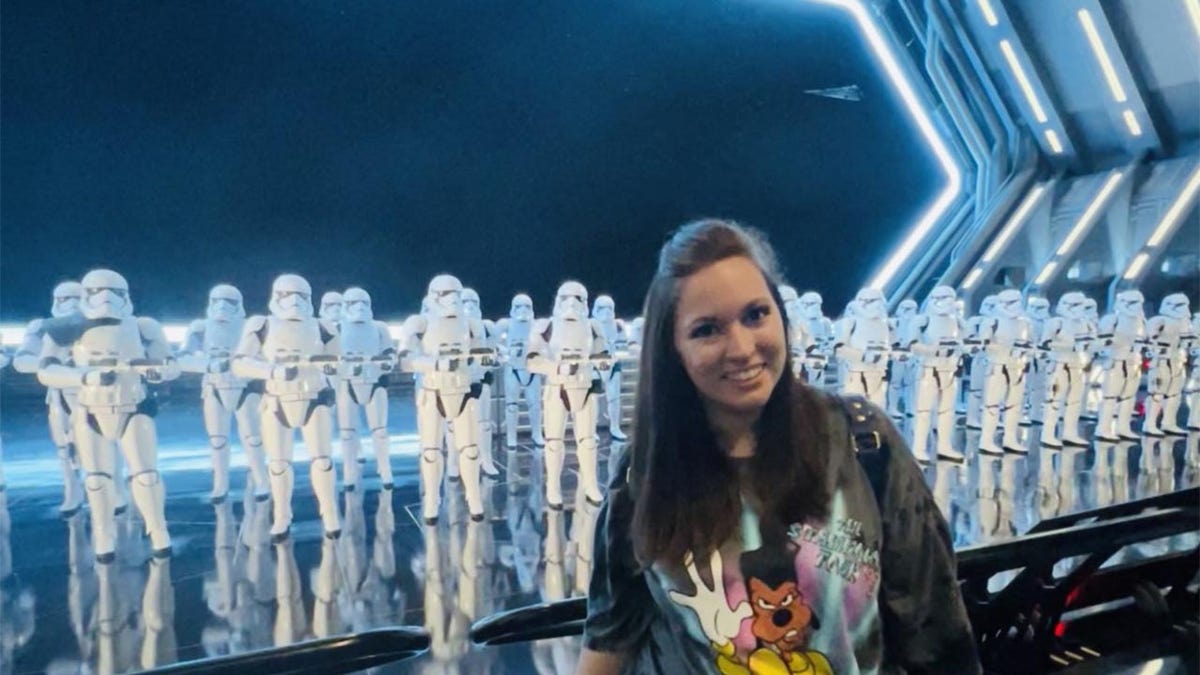 Liz Gramlich is a huge fan of Disney.

In fact, the 28-year-old from Philadelphia loves Disney so much that for her 2022 New Year’s resolution, she set a goal to visit Walt Disney World in Orlando once a month with her sister.

The pair have visited the resort in January, February and March with their latest “magical” adventure booked for April.

Gramlich, who works in inside sales, told Fox News Digital that her regular visits to Disney began in 2020. As COVID-19 hit the U.S., she and her sister started to notice that flight prices were dropping significantly.

Now, with pandemic restrictions being lifted and travel fees rising, Gramlich has gotten creative in order to cover portions of the costs. 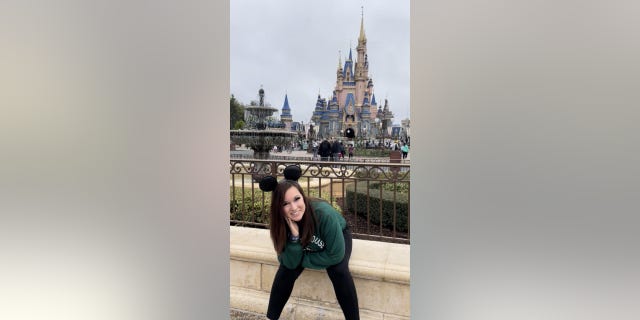 Liz Gramlich, 28, from Philadelphia, is going to Disney World once a month in 2022, with her older sister.
(Victoria Daniello)

‘Something we bonded over’

Gramlich said she and her sister visited Disney about a dozen times over the last two years.

In 2020, Gramlich realized that flights to Orlando from Philadelphia were only two hours, so she’d fly out for a one-day-only visit to the theme park. 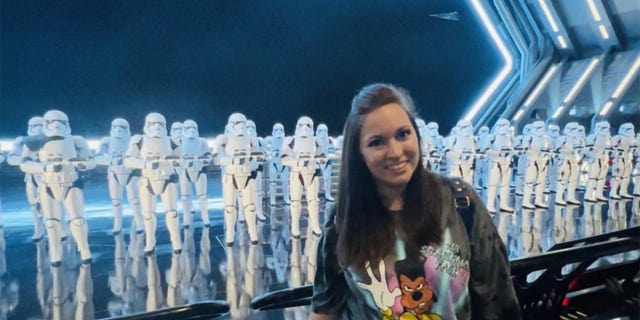 So far, Gramlich and her sister – who lives in Baltimore – have visited the resort in January, February and March. Their April trip is already booked.
(Victoria Daniello)

For Gramlich, it was the first time she had been to the resort since she was 3 years old.

“This was brand new to us,” Gramlich told Fox News Digital.

Gramlich said the visits became “a little extra thing to bring some magic and fun to our lives with everything going on in the world right now.” 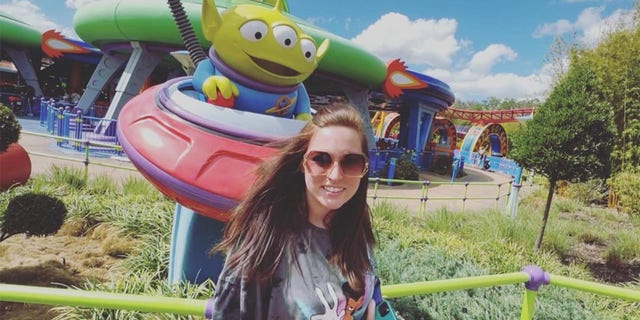 Gramlich and her sister started visiting Disney World regularly in 2020, during the coronavirus pandemic.
(Victoria Daniello)

“It became something that we bonded over,” she added.

In January of this year, Gramlich said she had an idea: “I was like, ‘Why don’t we do this every month?’”

When Gramlich and her sister began visiting Disney World in the summer of 2020, the lowest price on round trip flights cost $25 from Philadelphia to Orlando.

“That was cheaper than gas for a round trip somewhere,” Gramlich said.

Flight costs eventually went up to about $50 for a round trip, but that was still less expensive than the Uber or Lyft from the airport to one of the Disney World parks, Gramlich said.

MINNIE MOUSE TRADES IN HER ICONIC DRESS FOR A PANTSUIT

However, as fuel prices have increased, so have flight costs, Gramlich said. For her and her sister’s April visit, their round trip flights cost $150 each. 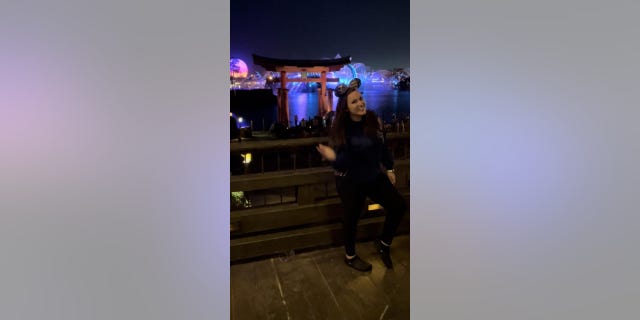 When Gramlich and her sister first stated going to Disney World, flights were inexpensive. Plus, a flight from Philadelphia to Orlando is only about two and a half hours.
(Victoria Daniello)

“That’s shocking compared to what we’ve paid in the past,” Gramlich said. “So we’ve had to adjust to make sure we could cover those costs.”

Gramlich said she plans her monthly visit to Disney based on when the cheapest flights are. In addition, Gramlich donates her plasma – the liquid part of blood without blood cells – up to twice a week, which helps her cover the costs of flights and hotels.

“I was like, ‘Oh, I can help somebody by donating plasma instead of doing something else.’”

Depending on when she goes, Gramlich said she makes between $500 and $1,000 per month, which varies based on a variety of factors including if there’s a shortage in her area.

Gramlich said her clinic doesn’t pay for her plasma, rather she’s paid for her time. Donating takes Gramlich about 30 minutes, eight times a month.

At one time, the money Gramlich received for donating plasma covered “the entire cost of being able to go to Disney World,” including flights and other expenses. 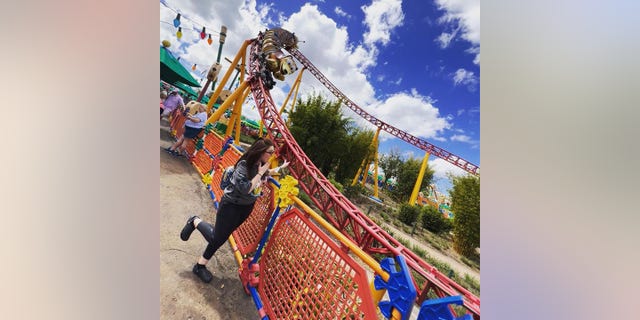 At first, Gramlich and her sister would go to Disney World just for the day. Now when they visit, they stay for the weekend.
(Victoria Daniello)

With flight costs going up, her plasma donations are still covering a major portion of the trip, but she sometimes has to save a little extra to cover a longer visit or an upgrade to a deluxe resort, she said.

“That was cheaper than gas for a round trip somewhere.”

Plasma donations can benefit adults or children with cancer and people with liver or clotting factor disorders, according to the American Red Cross. It can also help someone who’s suffering from burns, shock, trauma and other medical emergencies, Standford Children’s Health explains on its website. “The proteins and antibodies in plasma are also used in therapies for rare chronic conditions. These include autoimmune disorders and hemophilia,” the website states.

“When it came down to it, I was like, ‘Oh, I can help somebody by donating plasma instead of doing something else,’” she said. 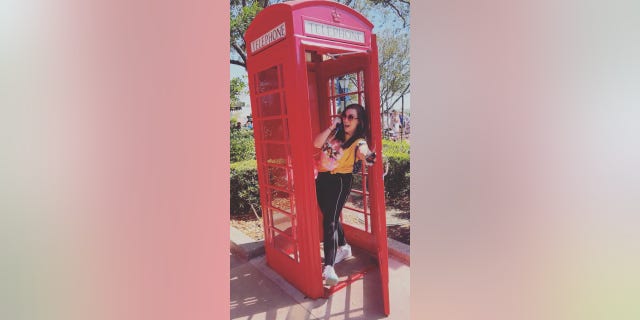 To help cover costs, Gramlich donates plasma up to twice a week, which helps cover flights and hotels.
(Victoria Daniello)

She added that her donation center is clear that plasma donation shouldn’t be anyone’s main source of income, because there’s never a guarantee that you can donate.

For Gramlich, she said she’s sometimes deferred from donating because her pulse is too high, “because I get a little nervous,” she said.

Gramlich has other cost-saving methods, too.

The sisters also had annual passes for a time, which gave them discounts, Gramlich said. However, she added that her annual pass has expired and according to a FOX Business report from November, non-Florida residents can no longer get annual passes.

She and her sister’s day trips to Disney helped them save on hotels. Now, they’ll stay for longer – primarily over the weekends – but they split their hotel room, which is often at a value resort. They also split ridesharing costs, Gramlich said.

‘Always keeps you coming back’

Gramlich’s recent visits to Disney World have been during the pandemic. She noted how since then, the park is constantly opening, or re-opening new attractions.

“This has just been a way… to add a little bit of magic into your life.”

“Every time we go, we experience new things,” Gramlich said. “There’s always new experiences that you find, and it becomes your favorite park or your favorite thing to do.”

Some of Gramlich’s recent favorites at Disney World include the new Star Wars: Rise of the Resistance ride in Hollywood Studios, and the Ohana restaurant in Magic Kingdom for breakfast.

Gramlich said that her monthly visits to Disney World have offered some much-needed relief after a few difficult years. 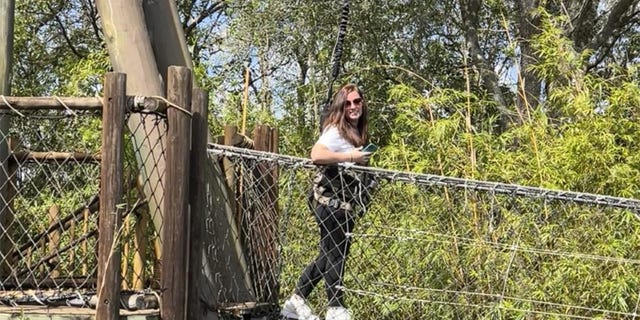 "In one Disney trip, I never feel like we experience everything that we want to experience," Gramlich told Fox News Digital. "So it always keeps you coming back."
(Victoria Daniello)

“It’s definitely become a great place to be,” Gramlich said. “We’ve been sitting in the pandemic all this time… And this has just been a way, not to escape, but to add a little bit of magic into your life.”

Gramlich said that even though she’ll be visiting Disney frequently this year, she doesn’t think she’ll get tired of it.

“Maybe we won’t go as often [as every month] after this year,” she said. “But I just always feel like Disney opens up something new and gives you a new experience.”

“In one Disney trip, I never feel like we experience everything that we want to experience,” she added. “So it always keeps you coming back.”