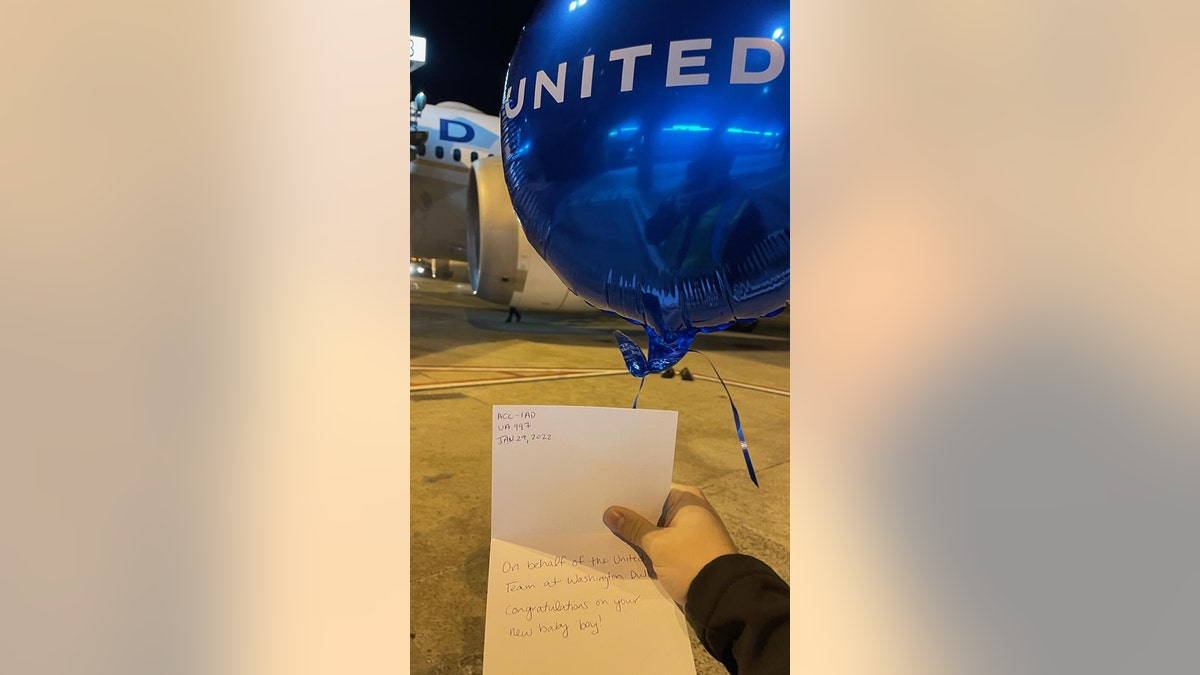 A woman gave birth on an 11-hour flight from Ghana to the U.S. over the weekend.

The woman, only identified as “GG” on social media, was onboard United Airlines flight 997 from Accra, Ghana, headed to Washington, D.C.’s Dulles International Airport, which departed on Saturday.

Two hours before the plane landed early Sunday morning, the woman delivered a baby boy at about 34,000 feet above sea level, according to one passenger who posted about the birth on Facebook.

Nancy Adobea Anane posted a video of the new mom and her baby on Facebook on Sunday morning.

“On board @united Flight UA 977 today, a lovely baby boy was born,” Anane wrote in her post. “The baby who was due late February decided to arrive 34,000 ft above see level.”

“Dr. Ansah-Addo a Ghanaian practicing in the USA made himself available when the pilot called for assistance of medical personnel on board,” Anane added in her post. “With assistance from the whole United crew ,a bouncy baby boy was delivered 2hours to landing.”

When the plane landed, paramedics met the plane to help the new mom and her baby, according to Anane’s post.

Aside from the doctor, a member of the flight attendant crew who was a former nurse assisted the birth. 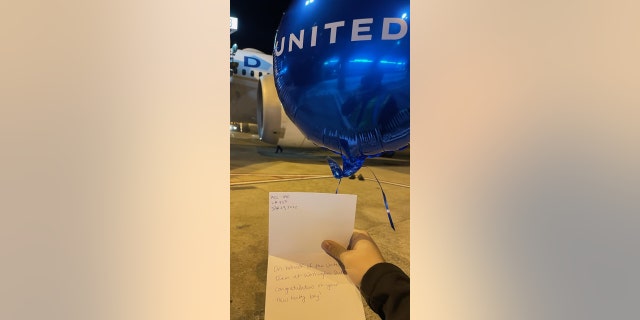 In a statement provided to Fox News Digital, a spokesperson for United Airlines congratulated the crew for their actions in helping the woman give birth.
(Courtesy United Airlines)

In a statement provided to Fox News Digital, a spokesperson for United Airlines congratulated the crew for their actions.

“Our crew was amazing – they acted quickly, assisted the medical professionals onboard and ensured everyone stayed safe throughout the flight,” the spokesperson said. “And we were especially thrilled to see the plane land with one extra, especially beautiful, customer onboard.”