Tyler Adams said there is something that concerns him more than England.

Ahead of the highlycanticipated U.S. Men’s National Team’s match against heavily favored England, the midfielder shared what really scares him — spiders.

Although the odds favor England against the U.S., and the Americans are coming off a 1-1 draw against Wales, arachnids remain atop Adams’ list of concerns. 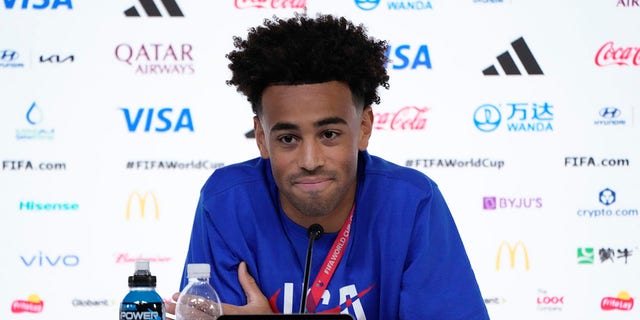 USMNT captain Tyler Adams attends a press conference on the eve of the Group B World Cup soccer match between England and the U.S. in Doha, Qatar, on Thursday.
(AP Photo/Ashley Landis)

Adams knows his team will face a big test going up against England, but he isn’t going into the match fearful.

“England are still a big team at the end of the day, but the intimidation factor? I wouldn’t say there’s many things out there that intimidate me other than spiders,” he said. “So it’s fine for me, but obviously I’ve got to play against all those big players, so I’ve done it before.

“But we also want to show what we’re capable of and that U.S. soccer is developing and growing in the right way.” 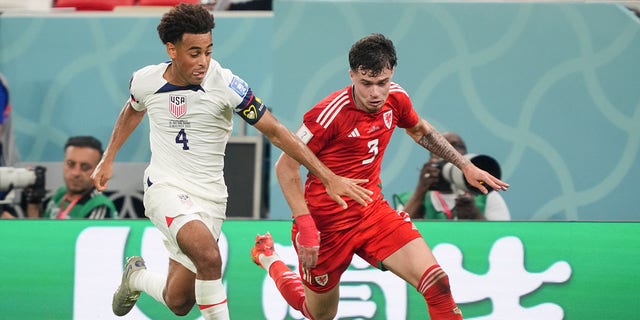 Tyler Adams, left, of the U.S. chases after a loose ball during a FIFA World Cup Qatar 2022 Group B match against Wales at Ahmad Bin Ali Stadium in Doha, Qatar, on Monday.
(John Todd/ISI Photos/Getty Images)

England has a history of success at the World Cup and reached the semifinals in 2018. England won the World Cup in 1996 and is coming off a dominating 6-2 victory over Iran.

USA VS. ENGLAND: EVERYTHING YOU NEED TO KNOW ABOUT THE MOST ANTICIPATED WORLD CUP MATCH

The USMNT is hoping to change the perception of American soccer across the globe. A win over England would be a major step toward accomplishing that goal. 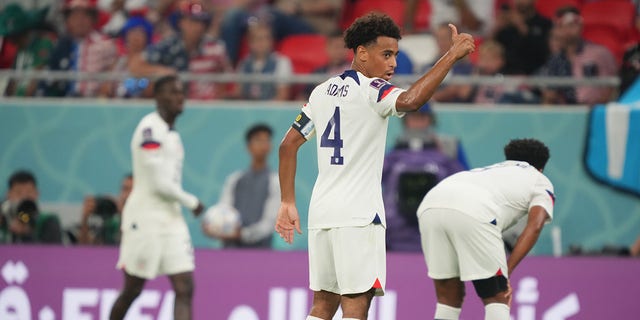 Adams said he and his teammates don’t care that they are not viewed as favorites.

“I think that, in a lot of games, people would probably say we are the underdogs, but we carry that with pride,” he said. “It doesn’t mean anything to us to be underdogs, to be favorites.”

The midfielder added that he has respect for England and realizes how big of an opportunity the U.S. has on Friday.

“It’s obviously a huge opportunity to fast-track the impact that we can have. These are the games — high pressure, a privileged moment — to step on the field against some of these guys,” said Adams. “We respect them, and there’s probably mutual respect between both teams. And when you get a result in a game like this, people start to respect Americans a little bit more.”