Celtics’ Marcus Smart references John Adams in advice to fan: ‘No one remembers the 2nd US President’ 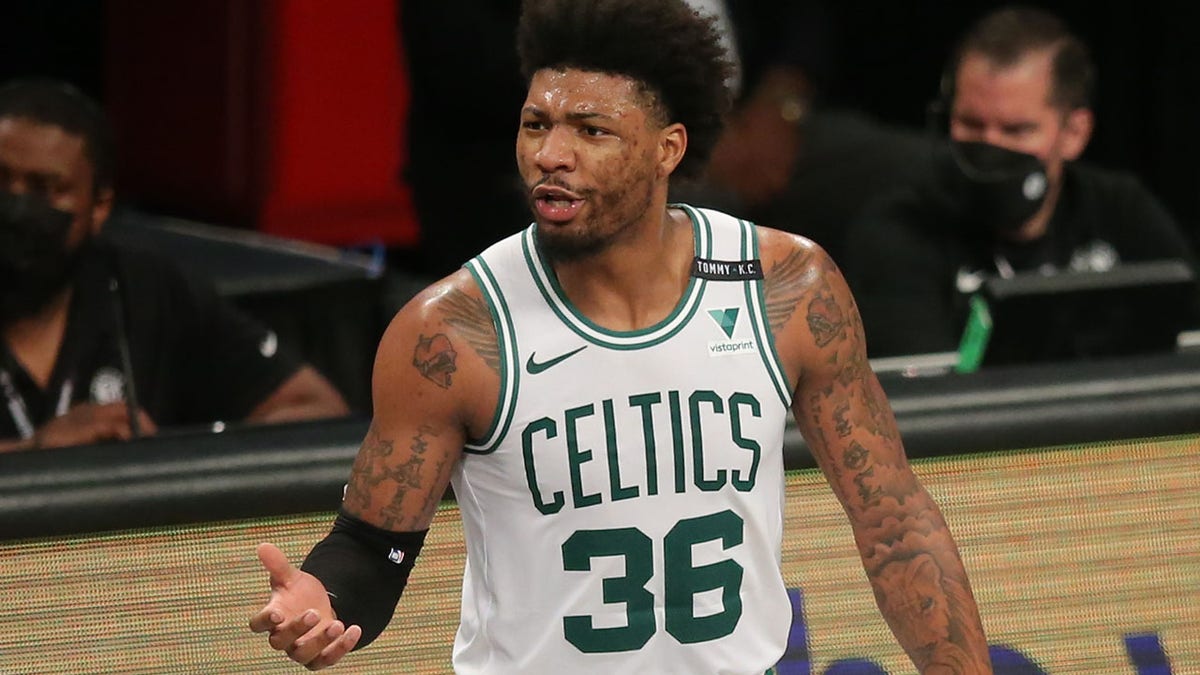 Smart was asked by a fan on Twitter for advice about getting better at basketball since he is considered to be one of the better defenders in the NBA. The two-time All-Defensive Team selection tried to send a motivational tweet, but it appeared to backfire.

“Takes little ‘talent’ to play defense. Takes a wholelotta (sic) ‘want to.’ Get every 50/50 ball. If you’re not quik (sic) defensively—get strong. Strength hides weaknesses. Take charges.  Be a gr8 teammate. Compete. Never be ok w losing. No one remembers the 2nd US President. Only the 1st,” Smart wrote.

Founding Father John Adams was the subject of a 2001 bestselling biography by historian David McCullough that was later adapted into an 2008 TV miniseries that won 13 Emmy awards. The Adams National Historic Park in Quincy, Massachusetts, which includes Adams’ birthplace, was the No. 8 most visited national park in New England in 2019, according to TripSavvy.com.

NBA fans came with the jokes after Smart’s tweet, but the Celtics guard took it in stride.

Smart later posted and responded to photos of his face superimposed over colonists from the 1700s.

Smart has been a staple on the Celtics since he entered the league in 2014. Boston selected him with the No. 6 pick of the draft. He’s played in 449 games for Boston and has been in the league for seven years. He’s averaging 10.2 points, 3.6 rebounds and 4.2 assists during his career.