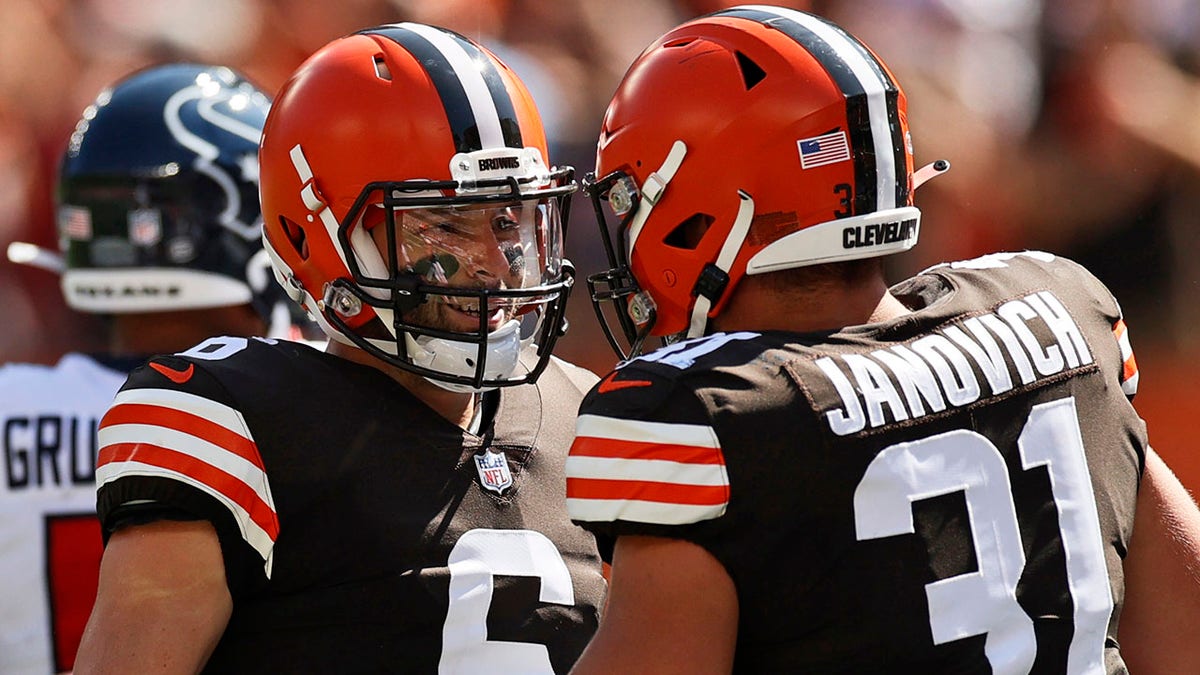 The quarterback featured an image of Maxton Soviak on his cleats before the Browns’ game against the Houston Texans Sunday. The 22-year-old Soviak was one of the 13 U.S. service members killed in Kabul. Soviak was an Ohio native who grew up in Berlin Heights and was a Navy Corpsman.

Soviak enlisted on Sept. 26, 2017, and graduated from Recruit Training Command in Great Lakes Illinois before being assigned to 1st Marine Regiment, 1st Marine Division in September 2020, according to the U.S. Navy.

The Navy released a statement, describing Soviak as “a wonderful son who loved his family, his community, and was proud to serve in the U.S. Navy.

“He was excited about the opportunities the Navy would offer him and planned to make the Navy a career. We are incredibly proud of his service to our country.”

Soles By Sir helped create the cleats. Sols by Sir artist Marcus Rivero has worked alongside some of the biggest names in pro sports to help paint cleats and shoes for about a decade.

Mayfield has built up a rapport with the U.S. military since he entered the NFL.

In training camp, he took the time to thank veterans and active military members who were in attendance at a practice.

The Browns organization has also worked with the USO of Northern Ohio to send care packages to members of the military who are serving overseas.