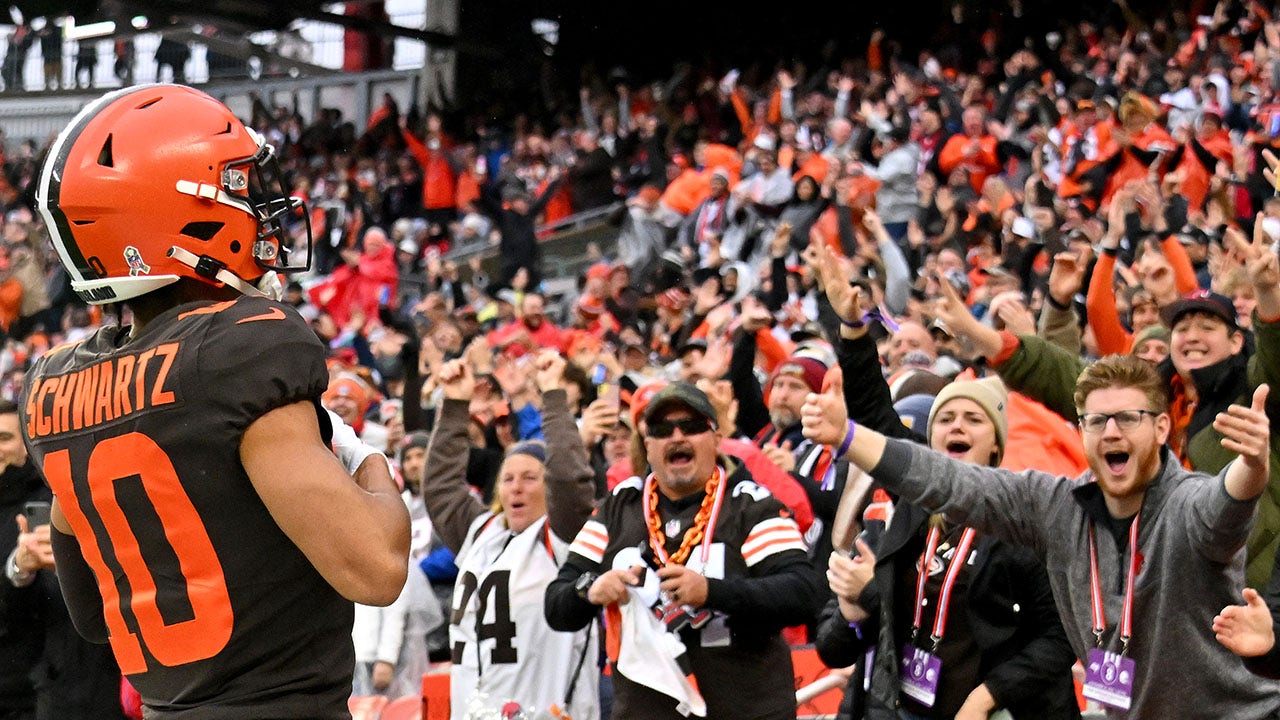 Cleveland Browns fans got a startling surprise as they watched their team defeat Tom Brady and the Tampa Bay Buccaneers on Sunday.

A skunk appeared on the steps of FirstEnergy Stadium sending fans into a frenzy. 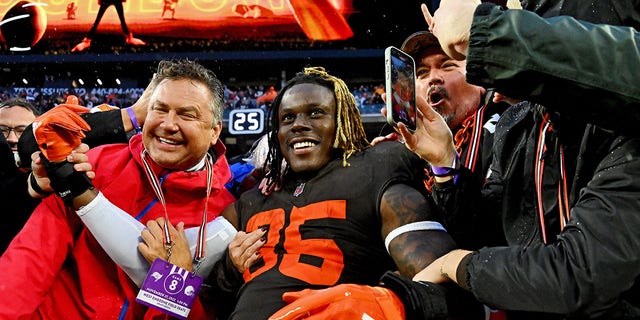 David Njoku, #85 of the Cleveland Browns, celebrates with fans after a game against the Tampa Bay Buccaneers at FirstEnergy Stadium on Nov. 27, 2022 in Cleveland.
(Jason Miller/Getty Images)

According to the Cleveland Plain-Dealer, the skunk was found first in section 140 underneath step and moved along trying to get some more food. The section was then caromed off and after the game, it was still walking around looking for food.

The skunk eventually made its way out of the stadium without spraying anyone the entire game, the newspaper reported.

Cleveland won the game 23-17 in overtime and was propelled by a David Njoku touchdown catch from Jacoby Brissett late in the game. Cleveland had to hold Tampa Bay from the end zone to get another chance at winning the game.

“Now, I mean this as no disrespect,” Brissett said. “But in the words of Tom Brady, that was f—ing awesome.” 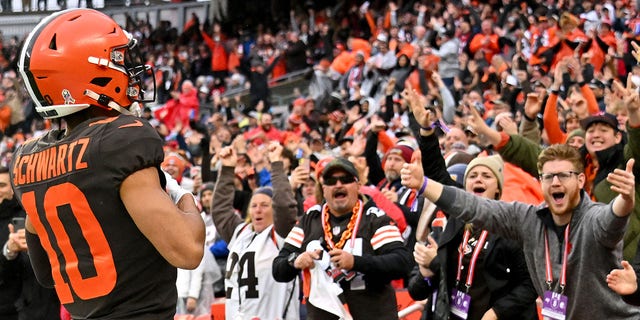 Anthony Schwartz, #10 of the Cleveland Browns, celebrates a touchdown during the first quarter against the Tampa Bay Buccaneers at FirstEnergy Stadium on Nov. 27, 2022 in Cleveland.
(Jason Miller/Getty Images)

Browns fans on social media used the skunk as a rallying cry. Cleveland moved to 4-7 on the season with Deshaun Watson set to return next week.