NFL legend has message for Jets' Zach Wilson: 'I hope you take some notes about what leadership is all about'

Zach Wilson saw Mike White lead the New York Jets to a victory over the Chicago Bears as he was benched due to his poor performance last week and received criticism for lack of accountability after the loss. 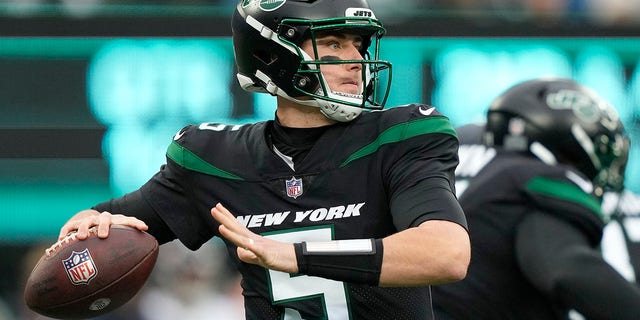 “There’s a certain chemistry that exists,” Cowher said on CBS. “And we don’t see it, whatever, we talk about Zach Wilson what he may have is what Mike White does have. He brings people together and for whatever reason, they seem to be, like you said, having fun with this guy.

“It’d be hard to pull him out of this lineup right now. Robert Saleh did the right thing. And hopefully right now, especially for Zach Wilson, I hope you take some notes about what leadership is all about.”

White was efficient, poised and confident with every throw, totaling 315 yards and three passing touchdowns on 22 of 28 to completely turn around an offense that struggled mightily in New England last week. 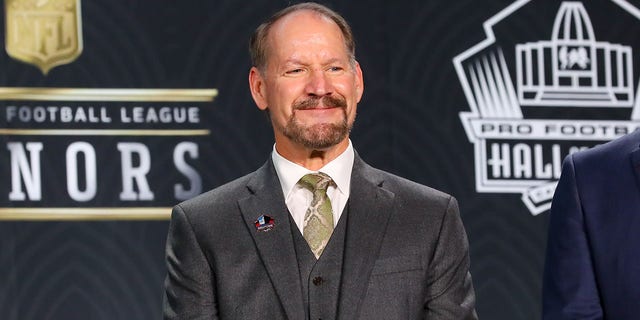 Pro Football Hall of Fame member Bill Cowher during the Hall of Fame Press conference during the NFL Honors on Febr 1, 2020 at the Adrienne Arsht Center in Miami.
(Rich Graessle/PPI/Icon Sportswire via Getty Images)

The first half was when White did most of his damage, as he totaled 235 yards and two touchdowns while pouring rain doused the MetLife turf.

Garrett Wilson, the 10th overall selection in this year’s NFL Draft, scored the first two touchdowns for White after hauling in an eight-yard, wide–open pass on the opening drive followed by a 54-yard dusting of the Bears’ defense to make it 14-10.

“He made easy look easy,” head coach Robert Saleh said after the game via NFL Network.

Wilson was the leading receiver for the Jets with 95 yards on five catches (eight targets), while Elijah Moore, who has had a roller coaster year with the Jets, including a trade request, scored his first touchdown of the season on a 22-yard strike from White in the second half. In five games White has played with Moore, the second-round pick out of Ole Miss has scored in four of them. 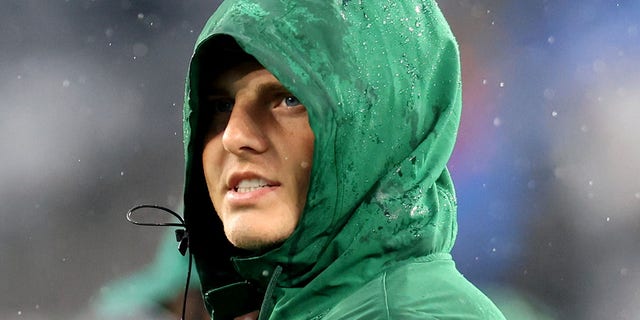 Zach Wilson, #2 of the New York Jets, looks on in the second half of a game against the Chicago Bears at MetLife Stadium on Nov. 27, 2022 in East Rutherford, New Jersey.
(Mike Stobe/Getty Images)

With the win, the Jets improve to 7-4 and White most certainly will be in the conversation to start next week against the Minnesota Vikings on the road as playoffs are still in New York’s sights.