Parts of the grass field at FirstEnergy Stadium in Cleveland were torn up by someone who broke in and drove on the field early Tuesday morning.

Tire treads stretched along an entire half of the playing surface, and video shows significant damage in some parts of the field. 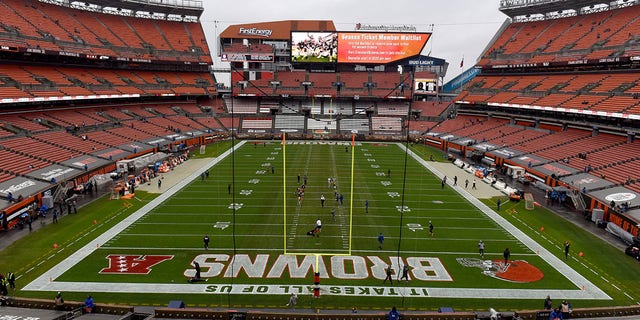 FirstEnergy Stadium before the game between the Browns and the Pittsburgh Steelers on Jan. 3, 2021, in Cleveland.
(Nic Antaya/Getty Images)

The Browns have notified police about the incident, and despite the “superficial” damage, say that the field should return to normal in time for Sunday’s game against the Tampa Bay Buccaneers.

“We are aware of the incident that occurred early Tuesday morning at FirstEnergy Stadium and have provided the Cleveland Division of Police with all relevant information,” the Browns said in a statement to ABC5 in Cleveland. “Based on our internal evaluation, there was some superficial damage to the playing field that our grounds maintenance team is currently working to repair. We take great pride in the strong reviews and reputation of our stadium’s playing surface, have been in touch with the NFL on the matter and are confident after repair our field will be ready for Sunday’s game vs. the Tampa Buccaneers.” 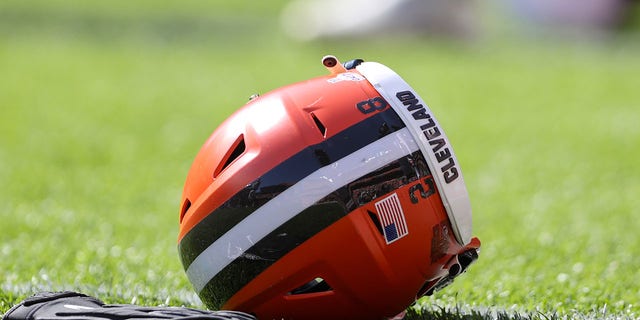 A Browns helmet on the turf before the New England Patriots game on Oct. 16, 2022, at FirstEnergy Stadium in Cleveland.
(Frank Jansky/Icon Sportswire via Getty Images)

The Cleveland Police Department is investigating a possible break-in, and the damage likely came from a golf cart after somebody hopped the fences of the stadium.

The Browns are 3-7 heading into Sunday’s game against Tampa Bay, who enter Week 12 5-5 having won each of their last two games.

Quarterback Deshaun Watson will be eligible to return from his suspension after this weekend, when the Browns take on Watson’s former team, the Houston Texans, on Dec. 4.