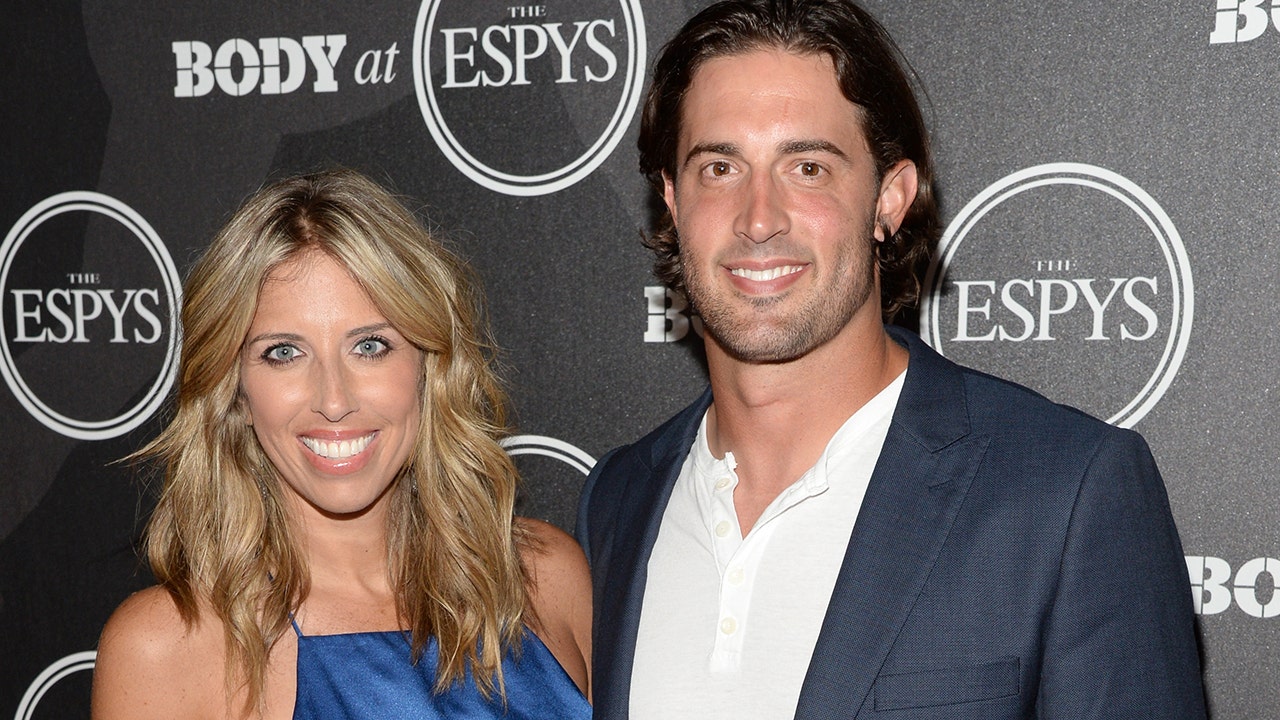 Matt Buschmann, a pitching coach for the Toronto Blue Jays, ended up with the historic piece of memorabilia after a fan dropped the ball into the bullpen. Buschmann and reliever Jordan Romano got it to Yankees reliever Zack Britton and later to Patty Judge, the mother of the Yankees’ star outfielder. 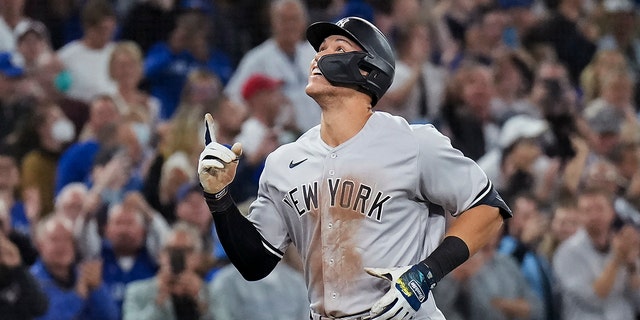 New York Yankees’ Aaron Judge celebrates his 61st home run of the season, a two-run homer against the Toronto Blue Jays during the seventh inning of a baseball game Wednesday, Sept. 28, 2022, in Toronto.
(Nathan Denette/The Canadian Press via AP)

Walsh, who currently works for NFL Network and FOX Sports, initially thought she could “announce my retirement” after learning it was her husband who got the ball. She later joked it was grounds for divorce.

She and Buschmann have been married since 2014.

Michael Kessler was identified as the man who secured Judge’s home run on a bounce. According to MLB.com, Kessler plays college baseball for City College of New York. Kessler is a business administration and management major from Port Chester, New York. He told the outlet he did not need to make a tough business decision in order to get Judge his baseball back. 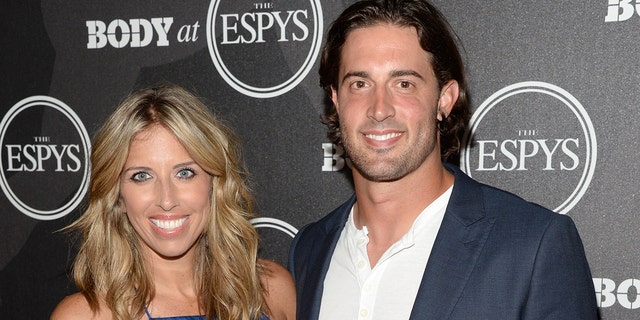 “Judge means so much to the organization, especially this year. He’s just unbelievable. Just the way he is, he deserved to have the ball back. I have no second thoughts,” he said.

Judge gave his 61st home run ball to his mother. 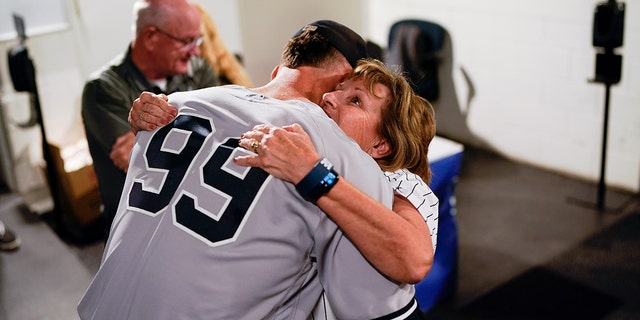 “She’s been with me through it all,” Judge said. “From the Little League days, getting me ready for school, taking me to my first couple of practices and games, being there for my first professional game, my debut and now getting a chance to be here for this — this is something special, and we’re not done yet.”