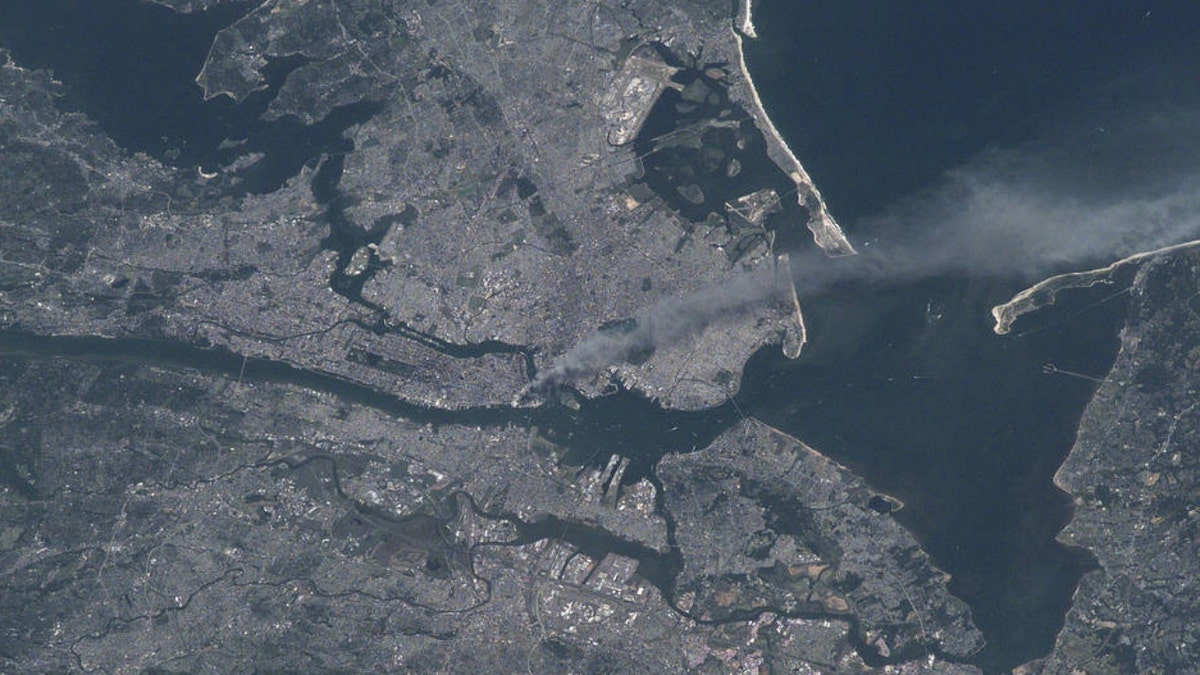 20 years after the September 11 terror attacks that killed nearly 3,000 men, women and children, NASA is remembering the day, sharing images and memories.

In a satellite image provided by the agency, billowing smoke over the Manhattan area can be seen from space after two of the hijacked planes crashed into the towers of New York City’s World Trade Center.

“The attacks of Sept. 11, 2001, were a national tragedy that resulted in a staggering loss of life and a significant change in American culture. Each year, we pause and never forget. Beyond remembering and honoring the Americans who died that day, NASA also assisted FEMA in New York in the days afterward, and remembered the victims by providing flags flown aboard the Space Shuttle to their families,” NASA wrote in a release.

NASA also shared the words of astronaut Frank Culbertson, who was aboard the International Space Station (ISS) at the time of the attacks and the only American on the crew. 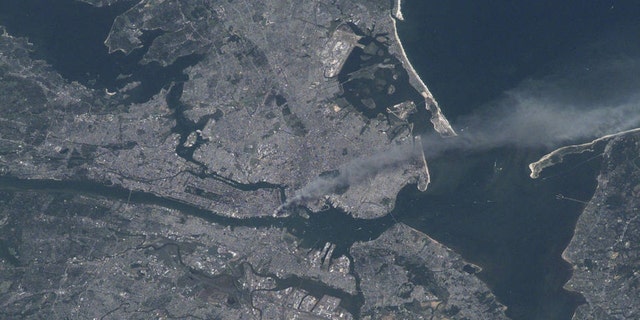 Visible from space, a smoke plume rises from the Manhattan area after two planes crashed into the towers of the World Trade Center. This photo was taken of metropolitan New York City (and other parts of New York as well as New Jersey) the morning of September 11, 2001. "Our prayers and thoughts go out to all the people there, and everywhere else," said Station Commander Frank Culbertson of Expedition 3, after the terrorists’ attacks.
(Credits: NASA)

He began documenting the event in photographs as the station flew over the New York City area.

“The smoke seemed to have an odd bloom to it at the base of the column that was streaming south of the city,” Culbertson wrote in a post at the time of the attack. After reading one of the news articles we just received, I believe we were looking at [New York] around the time of, or shortly after, the collapse of the second tower. How horrible…”

“It’s horrible to see smoke pouring from wounds in your own country from such a fantastic vantage point,” he said. “The dichotomy of being on a spacecraft dedicated to improving life on the earth and watching life being destroyed by such willful, terrible acts is jolting to the psyche, no matter who you are.”

NASA noted that, after the attack, its science programs were “called into action” as the agency worked with FEMA to fly sensors over the affected areas on aircraft – looking for aerial contaminants – and used satellite resources to monitor from above.

To remember the day, NASA flew nearly 6,000 4-by-6 inch flags on Endeavour’s December 2001 flight to honor the victims. The flags were later distributed to relatives in the summer of 2002.

In addition, NASA used aluminum recovered from the destroyed World Trade Center towers – with the image of an American flag – on rock abrasion tools for the Mars Exploration Rovers Spirit and Opportunity. 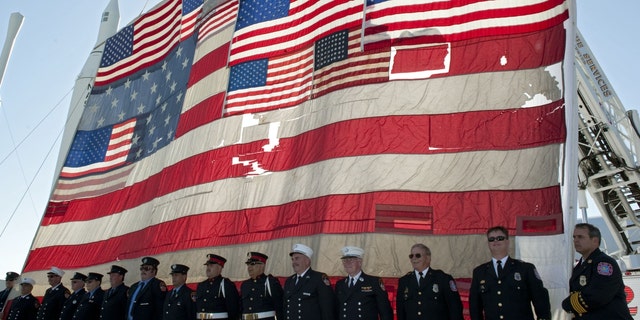 The National 9/11 Flag was raised over the Rocket Garden at the Kennedy Space Center Visitor Complex after Florida’s contribution was added.
(Credits: NASA/Kim Shiflett)

“One day, both rovers will be silent. In the cold, dry environments where they have worked on Mars, the onboard memorials to victims of the Sept. 11 attack could remain in good condition for millions of years,” NASA wrote.

Lastly, in 2011, flags from Florida’s Spaceport were sewn into an American Flag – known as “The National 9/11 Flag” –  that was recovered near ground zero following the attacks.