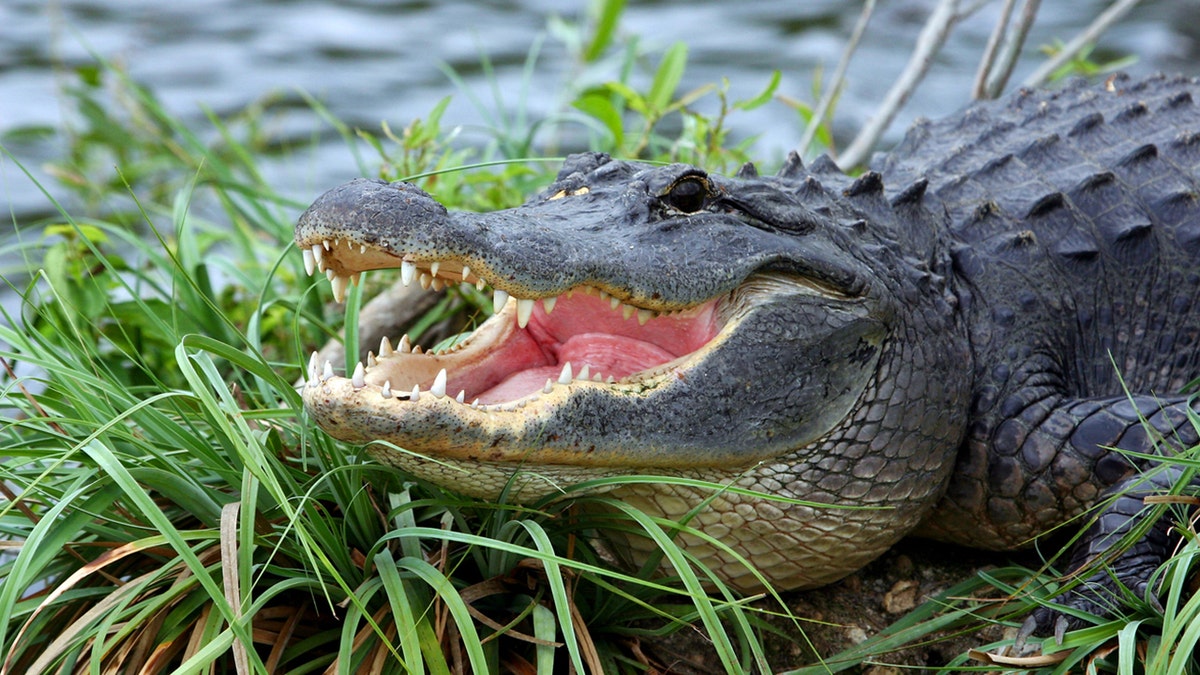 A Florida woman courageously rescued her pet dog from an alligator attack near Boca Raton last month, according to a report.

Suzan Marciano, 74, was walking her dog Nalu near a lake at Burt Aaronson Park on Aug. 24 when she took off her leash so the animal could play in the water. Marciano soon spotted a dark shadow in the lake as the pair played fetch, which turned out to be a gator about six feet long.

“My heart dropped,” she told the Palm Beach Post this week.

After Marciano spotted the alligator, it attacked Nalu in the water, gripping the dog in its jaws. The owner fought back.

“I wasn’t thinking,” Marciano said. “I did the only thing I could do. I came down on the alligator with all my weight.”

Marciano suffered a puncture wound in the middle of her palm during the tussle. She was taken to Baptist Health Urgent Care, where she received five stitches.

“It was all one big blur, she told the Post. “I was in such shock. I didn’t feel any pain.”

Nalu suffered puncture wounds to her stomach and thigh — and went into surgery for two hours at an animal emergency clinic, according to the paper.

HOW COMMON ARE ALLIGATOR ATTACKS?

A Florida Fish and Wildlife Commission officer and a park ranger checked the lake but failed to find any alligators, an incident report showed, according to the paper.

Data from the shows that Florida has averaged seven unprovoked bites per year that are serious enough to require professional medical treatment over the last 10 years.