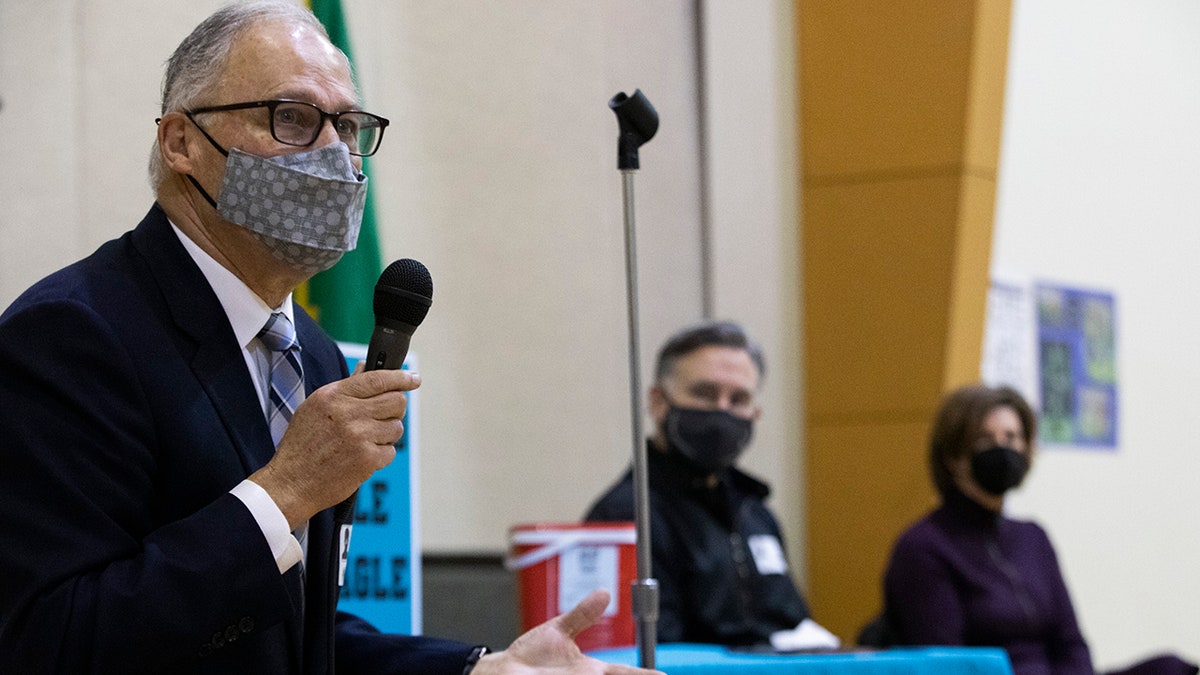 Dozens of State Patrol troopers, firefighters and other state employees have filed a lawsuit against Washington Gov. Jay Inslee, a Democrat, for his COVID-19 vaccine mandate, alleging he is overstepping his authority and violating state law.

The lawsuit, filed Friday by Seattle attorney Nathan Arnold in Walla Walla County Superior Court, lays out seven causes of action against Inslee and pays particular attention to the nature of the state’s religious exemptions, which plaintiffs allege constitute a deprivation of religious freedom under the state Constitution.

In August, Inslee ordered all state employees to receive the COVID-19 vaccine by Oct. 18 or face being fired. Washington state’s vaccine mandate is one of the strictest in the country.

Among the more than 90 individual plaintiffs, more than 53 are State Patrol employees, some are Department of Corrections employees, and several others work for the fire department or state ferry system.

“Some Plaintiffs have, as a right by statute and a right secured by the Washington Constitution, sought a religious exemption from the Governor’s Mandate,” the lawsuit says in part. “As a condition of considering the Plaintiffs’ religious exemptions, the state or its agencies have required the submission of a ‘religious questionnaire’ which improperly inquired into protected private affairs regarding health care decisions and religious sentiment, belief, and worship.”

The lawsuit included screenshots of emails in which Inslee’s General Counsel Kathryn Leathers discussed exemption language with the state attorney general’s office. The complaint singled out what Leathers wrote in an Aug. 3, 2021 email: “Exemptions: medical for sure; and religious (if we have to; if yes, as narrow as possible).”

The lawsuit went on to allege that some of the plaintiffs who submitted the religious exemption questionnaire requested “have had their religious sincerity questioned and have been forced to provide additional information.”

“These requirements are in full compliance with the law. We look forward to responding in court,” a spokesperson for Inslee wrote in an email, according to The Seattle Times.