The Virginia Department of Transportation is getting mocked for posting an “emergency response” communications manager job opening following the I-95 disaster.

The department is looking for someone to inform citizens of critical information “before, during and after natural disasters, emergencies and traffic congestion-causing incidents” while reinforcing the department’s role as a “first-responder,” according to the Daybook Jobs .

Hundreds of drivers were stranded, some for more than 24 hours, on I-95 after a winter snow storm slammed the mid-Atlantic region.

Some on Twitter laughed at the timing of the job announcement. 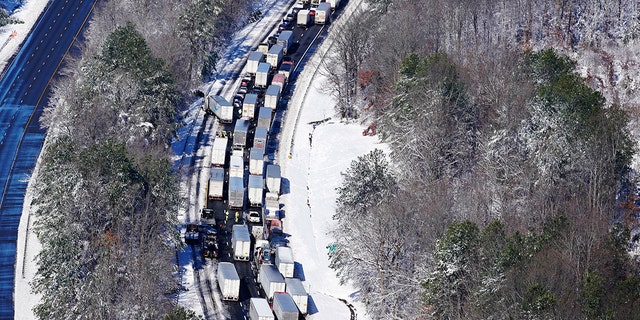 Drivers wait for the traffic to be cleared as cars and trucks are stranded on sections of Interstate 95, Jan. 4, 2022, in Carmel Church, Virginia. Close to 48 miles of the Interstate was closed due to ice and snow.
(AP Photo/Steve Helber)

One user, Sanho Tree, commented “I heard the Titanic is also hiring a cruise director.”

Others expressed their shock at the posting. Reporter Amber Athey shared the post saying, “You can’t make this stuff up!”

“Why what happened,” deadpanned another user.

The new communications manager will be expected to advise the district administrator and staff, establish relationships with the media and create communications plans, along with a variety of other roles. 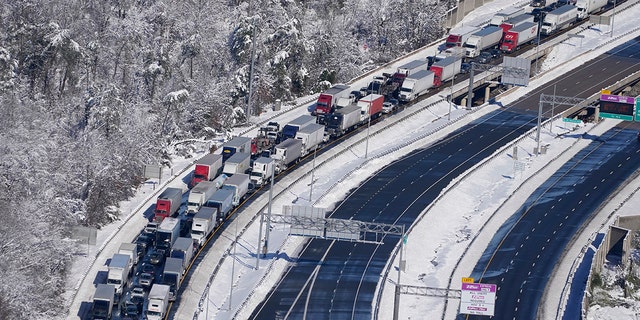 Cars and trucks are stranded on sections of Interstate 95, Jan. 4, 2022, near Quantico, Virginia.
(AP Photo/Steve Helber)

Drivers were warned to stay away from the roads as crews worked to get those stuck in freezing temperatures out.