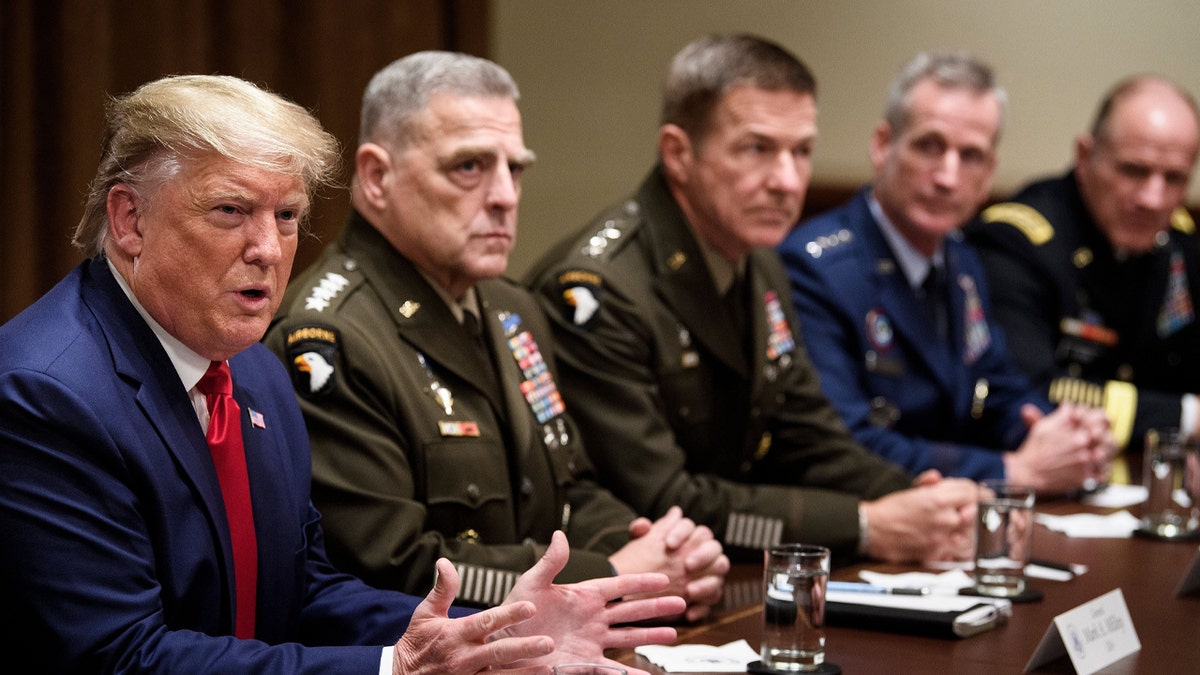 Former President Trump sounded off on Gen. Mark Milley after learning of the Chairman of the Joint Chiefs of Staff’s phone calls to his Chinese counterpart in which he said he would give a warning if Trump were planning a military strike.

Trump said in an interview with KTTH’s “The Jason Rantz Show” that China was really more concerned about him from an economic standpoint and that there was no reason for Milley to get involved.

TRUMP NOT ON STAGE BUT FRONT AND CENTER IN VIRGINIA, NEW JERSEY GUBERNATORIAL DEBATES

“China was very concerned about what I was doing economically and nobody has to get in and say, ‘Oh, don’t worry about things, things will be just fine,'” Trump said. “Not good. Not appropriate.”

“Well, I would certainly say it borders on it because I didn’t know about it, and I’m the one that’s supposed to know about it,” Trump said.

He then took some personal shots at Milley’s character.

“He was afraid to come in and talk to me,” Trump said. “He was a weak sister, I found that out. He was a weak man.”

Trump went on to say that evidence of Milley’s supposed weakness was the way the current administration exited Afghanistan.

President Biden has claimed that there was no way to leave Afghanistan gracefully and that while he wanted to withdraw, he was bound by a deal that Trump had made with the Taliban. Trump took issue with this, insisting that what he had in place would not have led to the current situation.

“We had a great agreement,” Trump said, stating that “it was all condition-based.”

Biden has been criticized for allowing the Taliban to swiftly take control of Afghanistan before the withdrawal was even complete and for stranding American citizens and allies there after the military had already left.

“Regardless of anything, who would take the military out first? No agreement says that,” Trump said.

Milley told the Senate Armed Services Committee on Tuesday that he had advised Biden against a full withdrawal and that he recommended keeping 2,500 troops in Afghanistan.

The former president also discussed the coronavirus vaccines, encouraging those who are hesitant to get them – including many of his supporters – to get their shots.

“Well, I recommend taking it. I took it, it’s good. It works,” Trump said. Trump noted that he was responsible for the vaccines being developed as swiftly as they were, through his administration’s Operation Warp Speed initiative.

Without the vaccines, he said, the world would have “millions of more deaths.”

Trump did speak out against vaccine mandates, however, echoing conservatives’ concerns about the government forcing people to get injections.

“You have to have your freedoms … but I recommend that people take it,” he said.