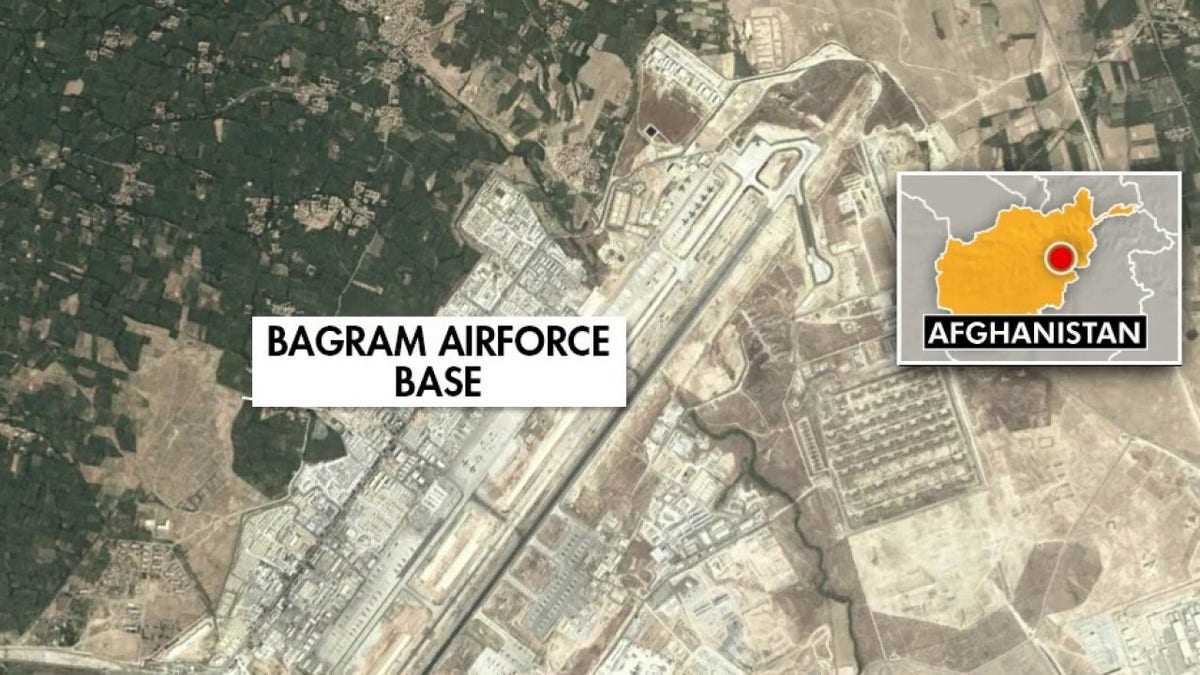 A top Republican on a key military panel said he reviewed intelligence that the ISIS-K suicide bomber that killed 13 U.S. service members outside of Hamid Karzai International Airport in August was a prisoner released from Bagram Air Base after the Taliban seized control of the facility.

Rep. Ken Calvert, R-Calif., the top Republican on the House Appropriations Subcommittee on Defense, told Fox News that Indian intelligence sources are reporting that the suicide bomber was one of the 7,000 prisoners housed at Bagram prison, and released by the Taliban last month.

MILLEY CALLS WAR IN AFGHANISTAN A ‘STRATEGIC FAILURE’ FOR US, WARNS TALIBAN ‘REMAIN A TERRORIST ORGANIZATION’

“Security officials have now confirmed to me that the August 26th Kabul bomber was a known ISIS-K terrorist that was previously detained at the Bagram prison and was released along with thousands of others just days before the deadly attack,” Calvert said, referring to the Aug. 26 suicide bombing attack that killed 13 U.S. service members, severely injured 20 more, and left dozens of Afghans dead.

“There were 7,000 prisoners housed there — terrorists, the worst of the terrorists — held separately from other terrorists,” Calvert said. “We believe he was one of them.”

Calvert said he is “in a position,” as the top Republican on the committee “that funds the CIA, NSA, NRO, U.S. Marine Corps, Army, Navy, the entire enterprise,” to say that he believes the intelligence from the Indian intelligence services is “credible.”

“This is obviously a big deal, and the administration is trying to avoid it right now,” Calvert said. “It is important for the American people to know the truth.”

Calvert’s comments come as Defense Secretary Lloyd Austin, Chairman of the Joint Chiefs of Staff Gen. Mark Milley, and head of U.S. Central Command Gen. Kenneth F. McKenzie testified this week before the Armed Services Committees for both the House and Senate.

McKenzie testified Wednesday that the U.S. is “still waiting to find out” if the bomber was a former prisoner at Bagram Air Base, while Austin was largely mum on the question.

All were removed from Bagram, the largest military base in , in July.

The Pentagon said on Aug. 27 “thousands” of ISIS-K prisoners were freed by the Taliban during their takeover of Afghanistan in the days leading up to the bombing near the Kabul airport.

Meanwhile, Calvert told Fox News he is investigating the matter, saying he has “a lot of questions I’m trying to get to.”

“Why didn’t we move or secure those prisoners in the first place? And who is going to take responsibility for this miscalculation?” He asked, adding “what are we doing to hunt down his accomplices?”

Calvert said the individual “hit the airport 10 days after he was released” from Bagram prison, questioning whether he acted alone.

“We need to know who they were, and also, where are the other 6,999 prisoners released?” Calvert continued. “These prisoners were not just from Afghanistan, but from a lot of different places — God knows where they’re at right now.”

He added: “We have to endeavor to find out what that means to the threat to our homeland and to our allies with these terrorists set free.”

Calvert said that the U.S., following the full withdrawal of military assets from Afghanistan, is “in a bad situation.”

“You have thousands of these terrorists running around,” he said, adding that the release of prisoners from Bagram “has undone decades of U.S. counterterrorism work.”

“It is a threat, and it could be a major threat,” he said. “The administration might as well come out and tell the truth.”

He added: “One way or another, this is all going to come out, whether good news or bad news, better to get it out sooner rather than later.”