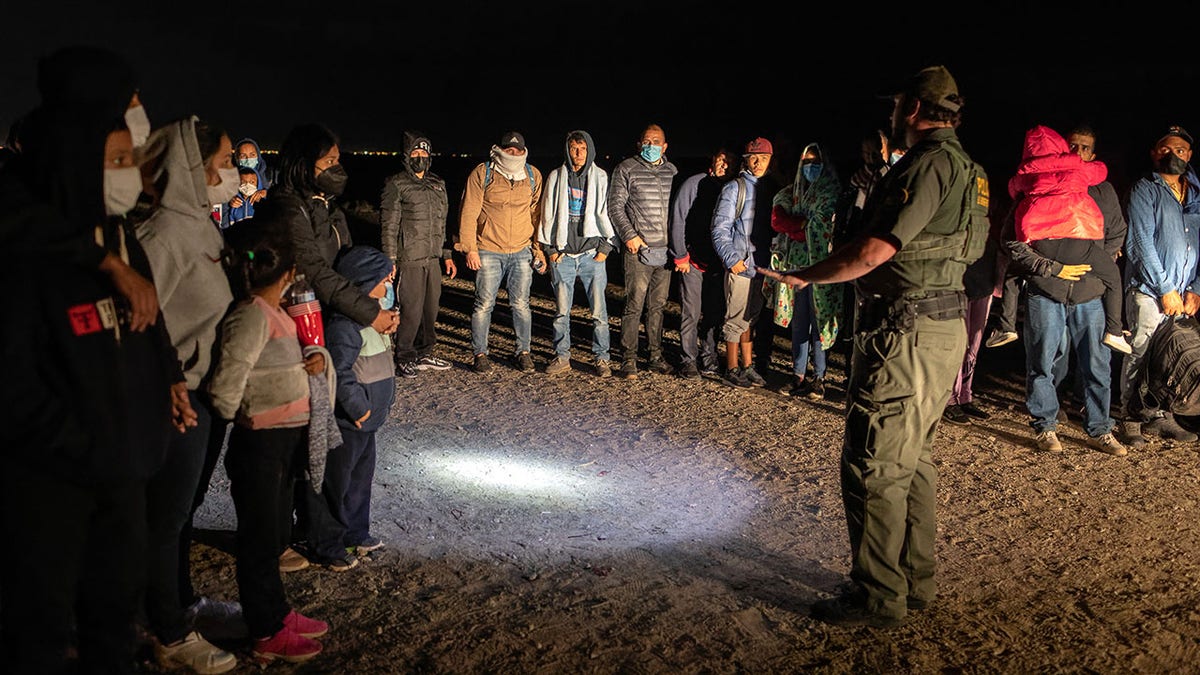 FIRST ON FOX: A number of top House Republicans are doubling down on their criticism of Homeland Security Secretary Alejandro Mayorkas as the crisis at the border escalates, and questioning his suitability for office – just as the U.S. is facing yet another potential surge in migrants at the southern border.

“We write to address your actions to dismantle the security of our nation’s southern border and disregard for the enforcement of U.S. immigration laws,” the more than 50 Republicans, led by Border Security Caucus co-chair Brian Babin, R-Texas., and Republican Study Committee Chair Jim Bank, say in a letter to Mayorkas, obtained by Fox News Digital.

“Your actions have willingly endangered American citizens, undermined the rule of law and our nation’s sovereignty,” they write. “Your failure to secure the border and enforce the laws passed by Congress raise grave questions about your suitability for office.”

The sharp criticism of Mayorkas comes amid continued pressure by Republicans on the Biden administration over the border crisis, pressure that has only increased with the administration’s announcement this month that it will end the Title 42 public health order in May – which has led to heightened concern about a massive spike in numbers in the summer months. 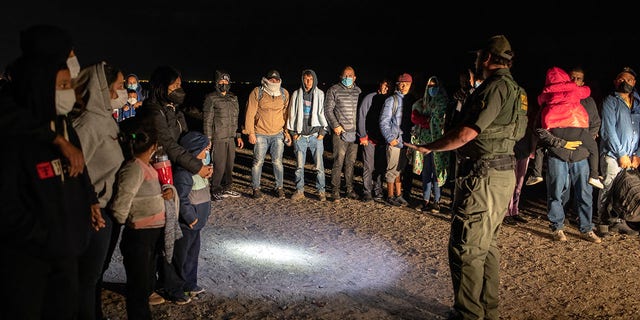 A U.S. Border Patrol agent speaks with immigrants before transporting some of them to a processing center in Yuma, Arizona, on Dec. 9, 2021.
(Getty Images)

There were more than 221,000 migrant encounters at the border in March, the highest recorded under the Biden administration and for decades. That number is expected to increase in the coming months when the administration lifts Title 42 – which has been used since March 2020 to quickly expel more than half of migrants at the border due to the COVID-19 pandemic.

DHS has said it is planning for potentially up to 18,000 migrants a day, but Mayorkas has said that the agency is in shape for the increase.

“We have been planning for months to address increases in migration; those that we already have experienced and those that we might experience upon an end to Title 42,” he told CBS News this week. “And proof of that is the fact that we’ve deployed additional resources to the border in anticipation of an end to Title 42. The surging of personnel, transportation, medical resources, the development of additional facilities to support border operations.”

4.24 Letter to Sec Mayorkas by Fox News on Scribd

“These plans have been in the works for months. And so, we do indeed have plans and I can assure the American people and their representatives that we do indeed,” he said.

But the Republicans link the chaos at the border to the policies of the Biden administration, from ending construction of the border wall to rolling back the Migrant Protection Protocols (MPP). The administration has recently been ordered by a court to restore the program, which kept migrants in Mexico for their hearings. Mayorkas has since issued memos attempting to end the program in line with the court ruling.

“Secretary Mayorkas flouted federal law to spread drugs and death in his own country. He and Joe Biden created the worst humanitarian crisis in modern American history, and they did it illegally and on purpose,” Banks said in a separate statement to Fox News Digital. “It’s sickening and House Republicans must immediately hold Secretary Mayorkas accountable.”

“Secretary Mayorkas has repeatedly shown a blatant disregard for our laws and refuses to put radical politics aside and secure our country,” Babin said. “He must immediately rectify his dangerous policies and uphold his constitutional obligation to protect our borders, or he should be removed from his position. Our safety and sovereignty are at stake.”

In the letter, the lawmakers say his actions on MPP “demonstrates your willingness to embrace an open-borders agenda that undermines America’s safety.” They also express doubt that the policy has been restored as the court ordered. 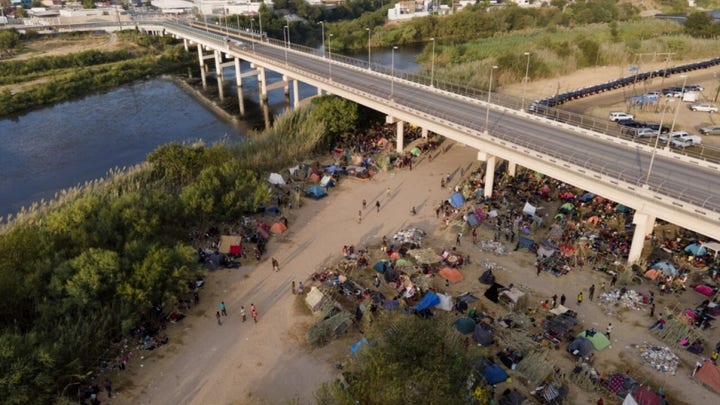 “You have been specifically instructed by the court to implement the protocol in good faith or take new agency action that complied with the law,” they say. ” You have done neither.”

The lawmakers also object to the administration’s termination of border wall construction contracts, which they say violates laws passed by Congress and has encouraged hundreds of thousands more migrants to attempt to enter the U.S.

“Congress has authorized and appropriated funds to secure the southern border; it is not within your power to simply decide the power of the purse now belongs to the Secretary of Homeland Security,” they say.

The lawmakers call on Mayorkas to take “all legal and necessary actions at your disposal – of which there are many – to secure the southern border, rectify the dangerous policies this administration has put in motion over the past year, and bring your agency into compliance with the laws passed by the United States Congress.”

Additionally, they ask Mayorkas a number of questions, including whether he agrees that law mandates the detention of illegal immigrants, whether he is obligated to “achieve and maintain operational control” over the border – and how much DHS has spent on stopping border wall construction.