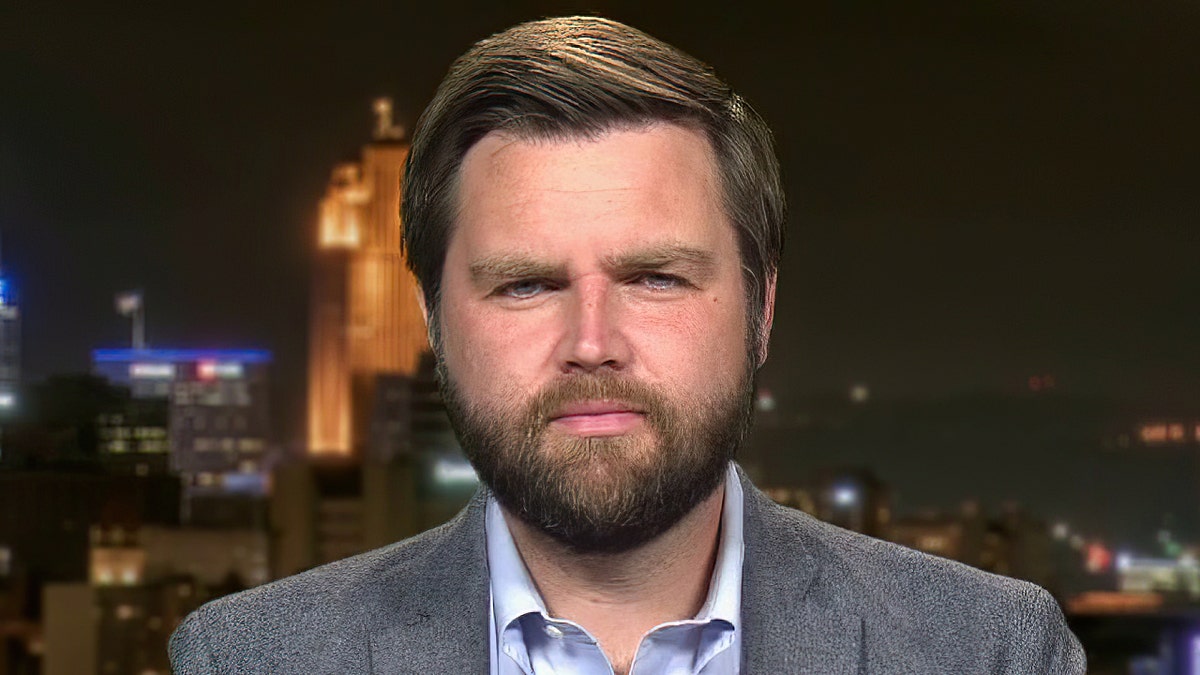 Amid a full court press to showcase their support and loyalty to Donald Trump in hopes of securing the former president’s endorsement, an already contentious battle between the leading contenders for the GOP Senate nomination in Ohio is turning increasingly brutal.

The commercial is the latest round of incoming fire in the GOP primary in the 2022 race to succeed retiring Republican Sen. Rob Portman in a state that Trump won by eight points in both his 2016 White House victory and his 2020 reelection defeat. The showdown is fast becoming the most expensive and ugly GOP Senate contest in next year’s midterms.

Gibbons, a Cleveland entrepreneur, real estate developer and investment banker who ran in 2018 for the Senate in Ohio, is spending more than half a million dollars to run the ad statewide on broadcast and cable TV.

The spot includes old clips of Vance from 2016 saying “I’m a Never Trump guy. I never liked him” and “I might have to hold my nose and vote for Hillary Clinton.”

Gibbons then claims that “J.D. Vance is not on our team,” spotlights that “President Trump fought for you. I’ll do the same.”

Vance, the venture capitalist and the author of the bestselling memoir “Hillbilly Elegy,” jumped into the primary with plenty of attention and fanfare over the summer. Vance enjoys the support of an outside super PAC fueled with a massive $10 million contribution from his old boss, billionaire venture capitalist Peter Thiel.

Vance explained at a candidates forum in October that “I think like a lot of conservatives in 2016 I’d been let down too many times. I didn’t think that any politician would deliver on their promises and President Trump proved me wrong.”

“I’m proud to say that I’ve not just been supporting President Trump, but I’ve been one of the few people who’ve been publicly, nationally, aggressively pushing for his agenda, for some of his policies, and defending the presidential personally,” he touted.

Vance has seen his poll numbers rise in recent months, and is generally considered to be in second place in the Republican tussle, behind former Ohio treasurer and former two-time Senate candidate Josh Mandel.

The Gibbons ad is the second to blast Vance for his past criticism of Trump, who remains neutral to date in the Ohio primary.

ONE OF THE BIGGEST, MOST COMPETITIVE, GOP SENATE PRIMARIES ADDS ANOTHER CONTENDER

The fiscally conservative outside group Club for Growth, which is often aligned with the former president, spent big bucks to go up with a spot earlier this autumn using old clips of Vance calling Trump an “Idiot,” among other choice words. Fox News confirmed a Politico report that the Club for Growth, which is backing Mandel in the Ohio primary, took some heat from Trump over their commercial.

Vance, at the candidate forum, took aim at the Club for Growth, calling the group “the Club for Chinese growth” for what he described as a globalist pro-China trade agenda.

Vance’s campaign declined to respond directly to the Gibbons commercial, but they consider that ads that attack their candidate as a badge of honor. “When everybody from the leftwing media to failed Senate candidates and their DC establishment allies are spending millions attacking JD it means only one thing: JD is winning,” Vance spokesperson Taylor Van Kirk told Fox News.

Vance isn’t the only candidate to come under attack. The conservative outside group USA Freedom created opposition research websites on both Vance and Timken.

And Mandel, an Iraq War veteran who’s Jewish, appeared to be criticized over his religion. Mark Pukita, a long-shot for the GOP nomination, went up with a radio ad jabbing at Mandel for promoting Christian values and holding events in churches even though he’s Jewish.

Moreno came to Mandel’s defense at a recent forum, saying “Josh, nobody should question your faith…. That’s not right. We’re better than that, guys.”

Mandel’s been as aggressive as most of his rivals in showcasing his loyalty Trump, going as far as supporting the former president’s unfounded claims that the 2020 election was “rigged” and “stolen.”

“I believe the election was stolen from Donald J. Trump,” Mandel argued at an October forum.

The sniping between the candidates dates back all the way to February when Mandel and Timken – the first two major contenders to enter the race – started trying to outdo one another in spotlighting their Trump credentials.

A month later, Trump quizzed Mandel, Timken, Gibbons and Moreno about their support in a private meeting with the four candidates ahead of a fundraiser at his golf course in Palm Beach, Florida.

The Democratic Senate primary – in comparison to the GOP slugfest – has been a sedate affair.

The Ohio Democratic Party has been feasting on the GOP discord, recently starting a weekly newsletter titled “Buckeye Brawl” to highlight “just how nasty, chaotic and expensive this Republican Senate primary has become.”

Ohio Democratic Party spokesperson Michael Beyer, in a statement to Fox News, predicted that “whatever country club millionaire emerges from this clown car Republican primary will be deeply damaged by the unpopular positions they’ve been forced to take in order to stand out in this crowded primary.”

The National Republican Senatorial Committee (NRSC), the reelection arm of the Senate GOP, stays neutral in primaries with no incumbent running. And NRSC chair Sen. Rick Scott told Fox News earlier this year that “robust primaries” are good for the party and will lead to “a great ‘22.”