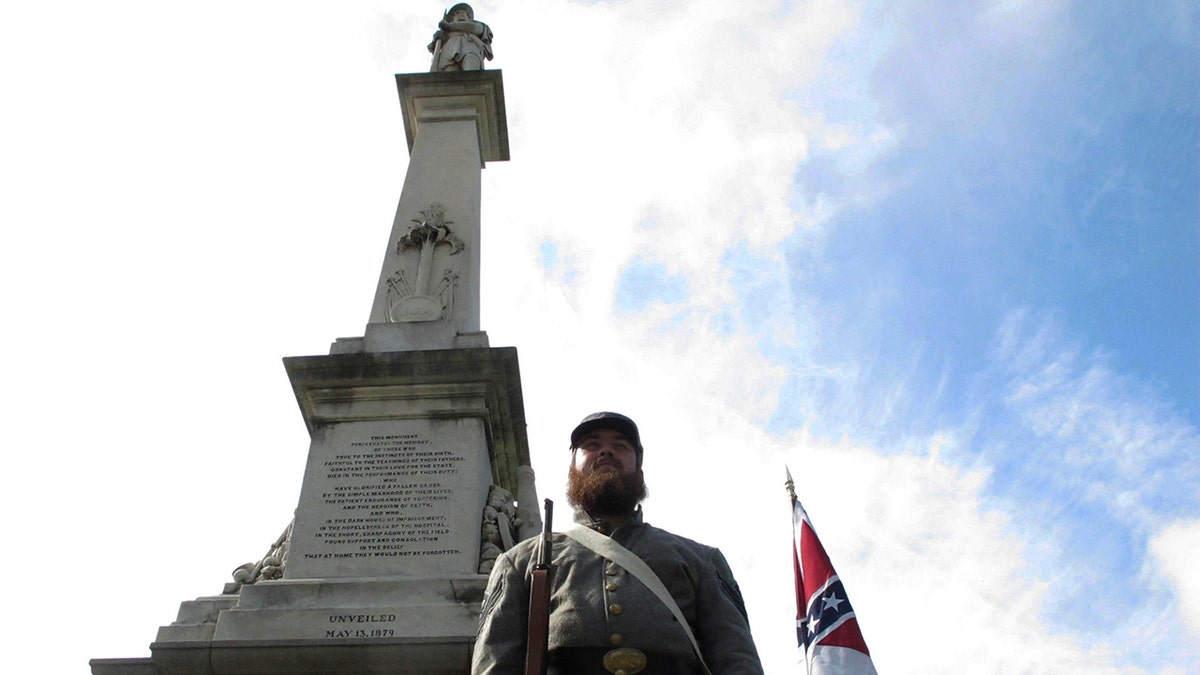 The South Carolina Supreme Court ruled Wednesday that a state law preventing anyone from moving a Confederate monument or changing the historical name of a street or building without the Legislature’s permission is legal.

But in the same ruling, the justices struck down a requirement that two-thirds of the General Assembly must approve a move or name change.

The unanimous decision keeps intact South Carolina’s Heritage Act, which has stopped colleges and local governments from removing statues honoring Civil War soldiers or segregationists even as other areas of the South took them down after protests sparked by the killing of African American George Floyd last year by white police officers in Minnesota.

The law was passed in 2000 as part of a compromise to remove the Confederate flag from atop the South Carolina Statehouse dome. The rebel banner was moved to a pole on the capitol lawn, where it flew until 2015 when lawmakers removed it after nine Black church members were killed in a racist massacre at a Charleston church.

STATUE OF CONFEDERATE ROBERT E. LEE TAKEN DOWN IN VIRGINIA

One of the people who sued lawmakers over the Heritage Act is the widow of state Sen. Clementa Pinckney, the pastor at Emanuel AME church in Charleston who died in the attack. 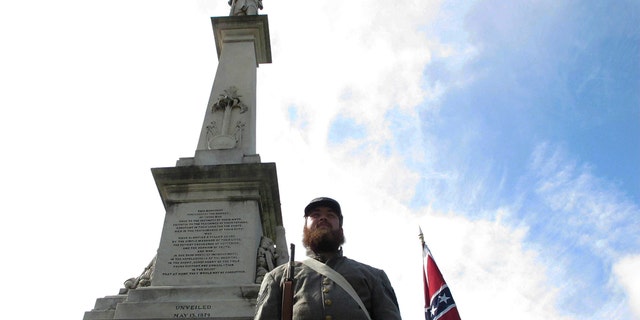 FILE – In this July 10, 2017, file photo, Cameron Maynard stands at attention by the monument to Confederate soldiers at the South Carolina Statehouse in Columbia, S.C. The South Carolina Supreme Court has upheld a 2000 law protecting Confederate monuments from being moved without a vote from the General Assembly. (AP Photo/Jeffrey Collins, File)
(AP Photo/Jeffrey Collins, File)

Jennifer Pinkney has pointed out that means she couldn’t make changes to a monument to her late husband unveiled this year without asking lawmakers for permission.

Her lawyer, state Sen. Gerald Malloy, called the ruling a victory since monuments to racists are no longer protected by a two-thirds vote.

“The voice of the majority can now be heard about which statues and names best reflect our values and heritage. The road to justice is a long one that takes constant care. Today’s decision gets us further on our journey,” the Democrat from Hartsville said.

Days after the Confederate flag was removed in 2015, South Carolina legislative leaders vowed they would not approve the removal of any other statues or renaming of buildings under the Heritage Act and have kept their word.

South Carolina Senate President Harvey Peeler said in the summer of 2020 that “changing the name of a stack of bricks and mortar is at the bottom of my to-do list.”

He issued another statement Wednesday: “The protections over all of our state’s monuments and statues were ruled constitutional and they will remain in place.”

House Speaker Jay Lucas said in 2015 that no other changes would be considered while he was the chamber’s leader. After Wednesday’s ruling he again repeated that promise.

Lawmakers in 2021 refused to even take the first step toward requests to remove monuments like Orangeburg asking to remove a Confederate statue or change names like Clemson University asking to rename a building that currently honors the late U.S. Sen. “Pitchfork” Ben Tillman, who led violent racist mobs to stop Blacks from voting.

Left undecided after Wednesday’s ruling is what might happen if a local government ignores the law. The act included no specific punishment for breaking it. Some Republicans have suggested taking away a local government or school’s state funding, but that idea hasn’t gained traction in the Legislature.

Charleston did remove a statue of former U.S. Vice President John Calhoun from a downtown park in 2020, arguing the city owned the statue and it was on private land so it didn’t fall under the law. Calhoun was a fierce defender of slavery with a racist view that Blacks were better off owned by other people.

Much of Wednesday’s 22-page ruling traced the history of the 2000 compromise, praising it for soothing racial tensions in the state. It was signed by all justices, including Chief Justice Don Beatty, who is just the second African American to lead the high court.

“As individual citizens — even Justices — we might look back on these events and wish the negotiations had been handled differently. The reality, however, is the Heritage Act brought the Confederate flag down from atop the seat of South Carolina sovereignty,” Associate Justice John Cannon Few wrote in the ruling.

The justices also rejected an argument that the Heritage Act broke what is called “home rule” in South Carolina and illegally let the General Assembly mettle in local affairs.

“They contend local governments are in a better position to act with regard to this subject because ‘they can be more responsive’ to the thoughts of the community. This may be true, but Home Rule is not about who holds the better wisdom,” Few wrote.

Even though the justices found the two-thirds requirement to remove or move a monument illegal, they upheld a clause in the law that said if any part was ruled unconstitutional, the rest would stand.