HomepoliticsReps. Greene, Dingell get into shouting match on Capitol steps over abortion...
politics

Reps. Greene, Dingell get into shouting match on Capitol steps over abortion bill 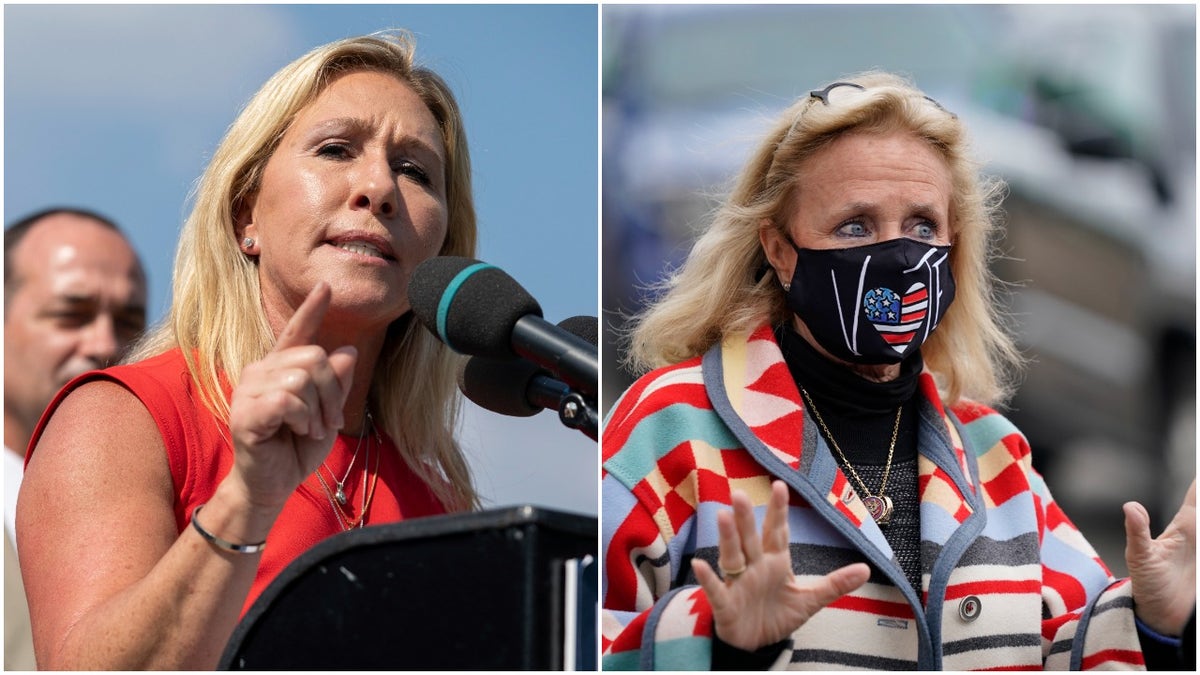 Republican Rep. Marjorie Taylor Greene was involved in a shouting match with Democratic Rep. Debbie Dingell on the steps of the Capitol Building over the subject of abortion.

“Horrendous,” the Georgia firebrand shouted at a group of Democrats who had just passed the Women’s Health Protection Act that attempts to codify Roe v. Wade into law to protect against possible Supreme Court action against the controversial 1973 ruling being struck down. “You should all be ashamed.”

Dingell, who represents Michigan’s 12th district, shouted back at Greene accusing her of showing a “lack of civility.”

“You know what?” Greene responded. “Killing a baby up until birth is a lack of civility. It’s called murder.”

“We have lots of laws we follow,” Dingell shot back. “You should practice the basic thing you’re taught in church: Respect your neighbor.”

Greene took issue with that statement and said, “Taught in church? Are you kidding me? Try being a Christian and supporting life.”

“You try being a Christian and treat your colleagues decently!” Dingell answered.”

Dingell then appeared to stumble down one of the Capitol steps and was steadied by fellow Democrat Rep. Frank Pallone.

“Watch your step, lady. You’re going to fall down,” Greene said. “Control yourself.”

Dingell acknowledged the interaction on Twitter saying that it taught Americans two things: “1- Be a good neighbor 2- Don’t mess with Michigan women”

In a statement to Fox News, Greene responded to Dingell’s tweet.

“Two things we learned today,” Greene said. “1- All House Democrats are evil and will kill unborn babies all the way up to birth & then celebrate. 2- You might fall down the stairs when your unhinged & hypocritically preaching about being civil, going to church & killing babies.”

Earlier in the day, Democrats the pro-abortion legislation largely among party lines.

A GOP-led motion to recommit – essentially a procedural delay tactic – failed on a 210-219 party-line vote right ahead of the final vote. The tally on the vote to pass the bill was 218-211, with one Democrat voting against it. That Democrat was Rep. Henry Cuellar, D-Texas.

Led by Rep. Judy Chu, D-Calif., the legislation is very unlikely to become law because Republicans are expected to filibuster it in the Senate if it is ever brought up there. But the historic move underscored Democrats’ commitment to unrestricted abortion rights.

Republicans argue that if the bill were to become law it would amount to an official embrace by the U.S. government of killing children.

“Pro-abortion Democrats have revealed their true vision for abortion policy in America by pushing the deceptively named Women’s Health Protection Act. The bill is beyond extreme – invalidating all state laws limiting the deadly procedure – even popular late term abortion laws – as well as doing away with health and safety regulations designed to protect women,” March for Life President Jeanne Mancini said.

Tyler Olson contributed to this report