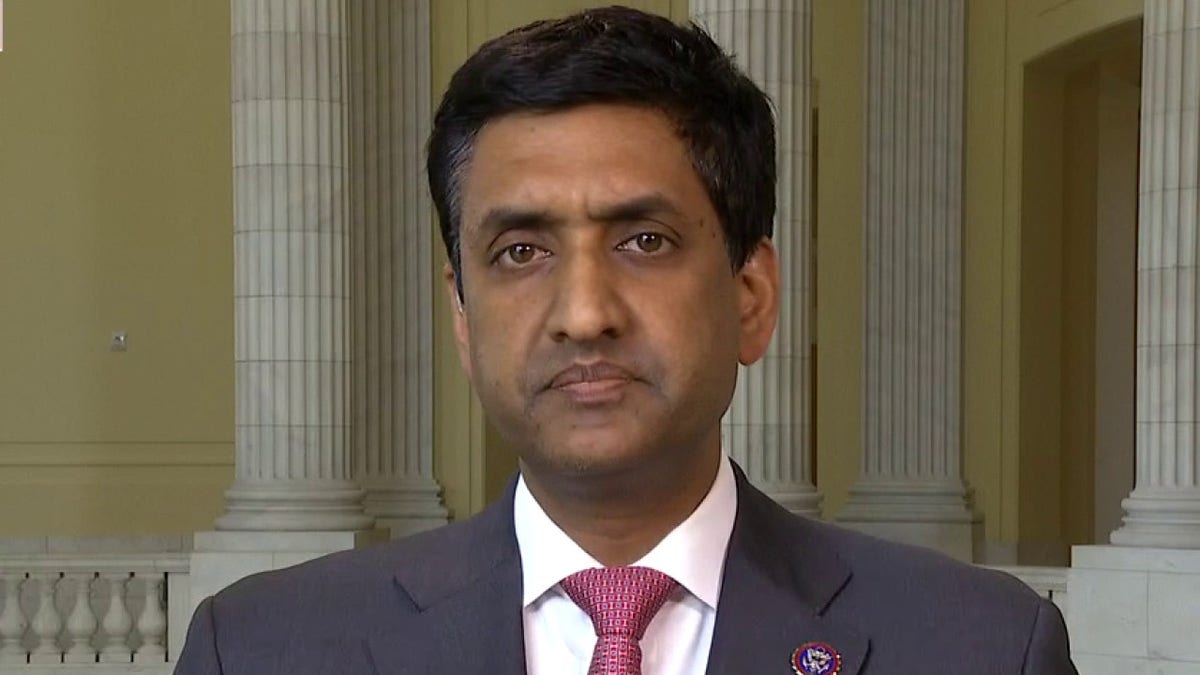 Rep. Ro Khanna, D-Calif., told “Fox News Sunday” that President Biden would not be happy if Congress can only pass an infrastructure bill without an agreement on a larger spending package before the COP26 climate conference in Glasgow, Scotland.

The progressive congressman was confident that a deal will be made in the near future, as lawmakers continue to negotiate terms for the reconciliation bill that was initially valued at $3.5 trillion.

“The president looked us in the eye and said, ‘I need this before I go represent the United States in Glasgow,'” Khanna recalled. “American prestige is on the line. Many members understand that, we’re working very hard to get a deal. I understand we’re close and I’m confident we’re gonna get there.”

When asked if he would vote for the bipartisan infrastructure bill without the reconciliation bill, Khanna said he would not, and that it would not be enough for Biden either.

“No, and the president doesn’t want that. The president needs the reconciliation agreement to go to Glasgow,” he said. “That’s what is gonna deal with climate change, that’s what’s gonna hit his goals of 50% reduction by 2030. I’m confident we will have an agreement, I’m confident that the president will be able to give his word to the House caucus that he has that agreement, and that would then facilitate the vote on the infrastructure bill.”

House Speaker Nancy Pelosi, D-Calif., told CNN’s “State of the Union” Sunday morning that a deal may not be in place by then, but a “framework” for one could be in place. Khanna said “the details matter” but “if the president gives his words and has a clear commitment, that will be good enough.”

SCHUMER, MANCHIN TO MEET WITH BIDEN IN DELAWARE: REPORT

A related issue Khanna discussed Sunday was how Congress will pay for the agenda items. One possibility that has been floated as an alternative to tax rate increases on corporations and high-earning individuals is a wealth tax on billionaires. Khanna said this “makes sense” because billionaires can afford it, but it would not be enough.

Should the billionaires’ tax be paired with a minimum tax on corporations that would prevent companies like Amazon from paying zero income taxes like they did in 2018, he said, “I would vote for it.”

Khanna said he would rather just raise the corporate tax rate, but recognized that “we have to get a deal.”

Two moderates, Sens. Joe Manchin, D-W.Va., and Kyrsten Sinema, D-Ariz., have made it difficult for progressives to get their way. Despite disagreeing with both, Khanna had very different attitudes toward the two senators.

“Sen. Manchin has been a straight shooter. You know exactly where he stands,” Khanna said. As for Sinema, however, Khanna expressed frustration because she does not explain the reasoning behind her positions.

“She’s unclear about what she believes,” he said.