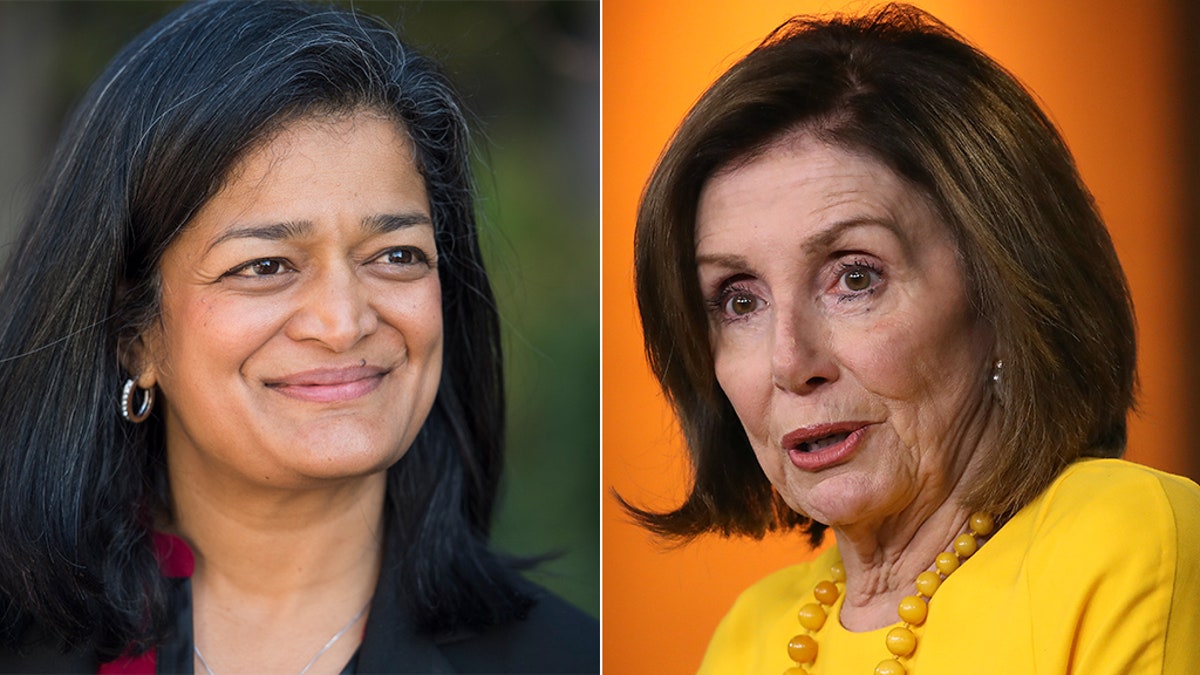 In a rare instance in which House Speaker Nancy Pelosi was unable to do what she needed to do to win a vote, progressive House Democrats secured a major win last week by blocking the passage of the bipartisan infrastructure bill the speaker promised would make it through the chamber by Thursday.

It was a stunning failure for the speaker who’s been known for years for her iron grip on her caucus and her ability to win major votes by the slimmest of margins.

It caused President Biden‘s two biggest agenda items to come to a screeching halt in Congress. And it represented a breakthrough win for Progressive Caucus Chairman Rep. Pramila Jayapal, D-Wash., who held her members together against the bipartisan infrastructure bill while Pelosi and other Democratic leaders were whipping for it.

“I’ve never been as proud of [the Progressive Caucus] as I am in this moment,” Jayapal said in a tweet Friday afternoon. “Last night, we held strong for working families and stood up to corporate interests and lobbyists. Today, we keep fighting to deliver the President’s ENTIRE agenda for the American people.”

PROGRESSIVES SAY THEY’LL PASS INFRASTRUCTURE AND RECONCILIATION: ‘WE’RE GOING TO GET IT DONE’

As the leader of one of the largest caucuses in Congress – there are 96 members in the Progressive Caucus – Jayapal is in a position where she could wield significant power among congressional Democrats for a long time.

The 81-year-old Pelosi, meanwhile, was left to spin her defeat.

“There will be a vote today,” Pelosi said leaving the Capitol at 12:01 a.m., Friday morning. That could have been interpreted as being a reference to the Friday calendar day, or the Thursday legislative day, which because the House did not go out of session Thursday night bled into Friday,

But there was not a vote by the end of Friday, and the House left town without taking a vote, thus ending “Thursday.”

“Time was interrupted two weeks ago when the prospect of a changed budget made the climb to agreement steeper. But still the work continues,” Pelosi said in a Saturday letter to her Democratic colleagues.

“There were two dynamics at work: a commitment to the date reachable under original budget agreement and a commitment not to bring BIF to the Floor unless we had consensus on both the topline number in the Build Back Better Act and the policies contained and commitments from all stakeholders in the House and Senate that they support the agreement: criteria that have been suggested by Members,” Pelosi continued. “Out of respect for our colleagues who support the bills and out of recognition for the need for both, I would not bring BIF to the Floor to fail. Again, we will and must pass both bills soon. We have the responsibility and the opportunity to do so.”

The speaker was dealt an extremely difficult hand. She had to move two massive bills on a condensed timeline with an almost nonexistent margin for error in a divided caucus. But the fact remains she did not get the job done.

Despite the loss and the changed dynamics among Democrats, many Capitol Hill watchers don’t see last week as catastrophic for the president’s agenda or Pelosi’s ability to handle her members.

“You have these big showdowns, you have these self-imposed deadlines. And then no matter what happens you get a greater understanding heading out of those deadlines of where you stand,” R Street Institute resident senior fellow for governance James Wallner told Fox News. “Members start to moderate their positions a little … and that’s going to continue to happen and at a certain point … Schumer’s gonna put legislation on the floor and he’s gonna basically dare Manchin and Sinema to oppose this bill.”

“I wouldn’t say Pelosi lost, per se. If you think back to Paul Ryan and John Boehner and how they managed the House, and they would lose votes on the floor. And what Pelosi did was pull a bill or not have a vote on the bill because she’s going to lose. So she’s preserving the option to win in the future,” Wallner said. “It does, I think, signify that the progressives recognize their leverage and they recognize that if they don’t use their leverage, if they don’t actually maintain their credibility, that they’re gonna get rolled.”

Indeed, Wallner said, last week was a watershed moment for progressives in the House Democratic Caucus.

“It’s not a question of who’s on top. I mean, you could have a situation where the establishment maintains control of the House Democratic Party but because the progressives are emboldened, because they feel stronger, they can make the House operate differently,” he said.

Despite the fact Pelosi failed to follow through on her promise for a vote – and despite how ugly things look for Democrats amid their intra-party squabbling – the door to pass President Biden’s agenda may actually be open a little wider than it was last week.

Sen. Kyrsten Sinema, D-Ariz., speaking at a meeting of the Senate Homeland Security and Governmental Affairs Committee. Sinema was in talks with the president, White House aides and Senate Democratic leadership about what kind of reconciliation bill she could support for most of last week. (Photo by Michael Brochstein/Sipa USA)No Use Germany.
(Photo by Michael Brochstein/Sipa USA)

But through last week’s ordeal Sens. Kyrsten Sinema, D-Ariz., and Joe Manchin, D-W.Va., were talking with Senate leaders and the White House about a potential reconciliation framework. And though Sinema excoriated progressives for attempting to “hold one piece of legislation hostage to another” and leadership for making “conflicting promises that could not all be kept,” she has not yet repeated her threat to tank the reconciliation bill if infrastructure doesn’t pass.

And some progressives appear to be opening their minds to a bill that costs closer to $2 trillion, which Fox News is told is likely to be closer to the final price tag of the legislation.

“We can frontload the benefits and have less years but ultimately the President is an honest broker. He’s going to bring all the stakeholders together and I trust his judgement to get a compromise,” House Progressive Caucus member Rep. Ro Khanna, D-Calif., said on “Fox News Sunday.”

“Getting down to the low 2’s, that is something that’s I think going to be quite difficult,” Rep. Alexandria Ocasio-Cortez, D-N.Y., said on MSNBC Sunday. “There is this matter where we do have these two holdouts in the Senate, this is a conversation for us to have. But again it doesn’t necessarily mean cutting back the scale of its investments. It could mean where we say perhaps we do a five-year infrastructure plan instead of a 10-year infrastructure plan.”

Plus, with the passage of a stopgap measure to take care of highway funding until the end of October, Democrats gave themselves four more weeks to come to an agreement on reconciliation that they were trying to find in just a couple of days last week.

The fact is, this is a better spot than Democrats were in last Monday. And now they have until the end of the month to resolve their still massive differences. It will not be easy. And nothing is guaranteed. But Pelosi said Thursday she is confident that patience and persistence will help her win in the end.

“Let me just tell you about negotiating. At the end, that’s when you really have to wait,” Pelosi told reporters. “You cannot tire. You cannot concede. This is, this is the fun part.”