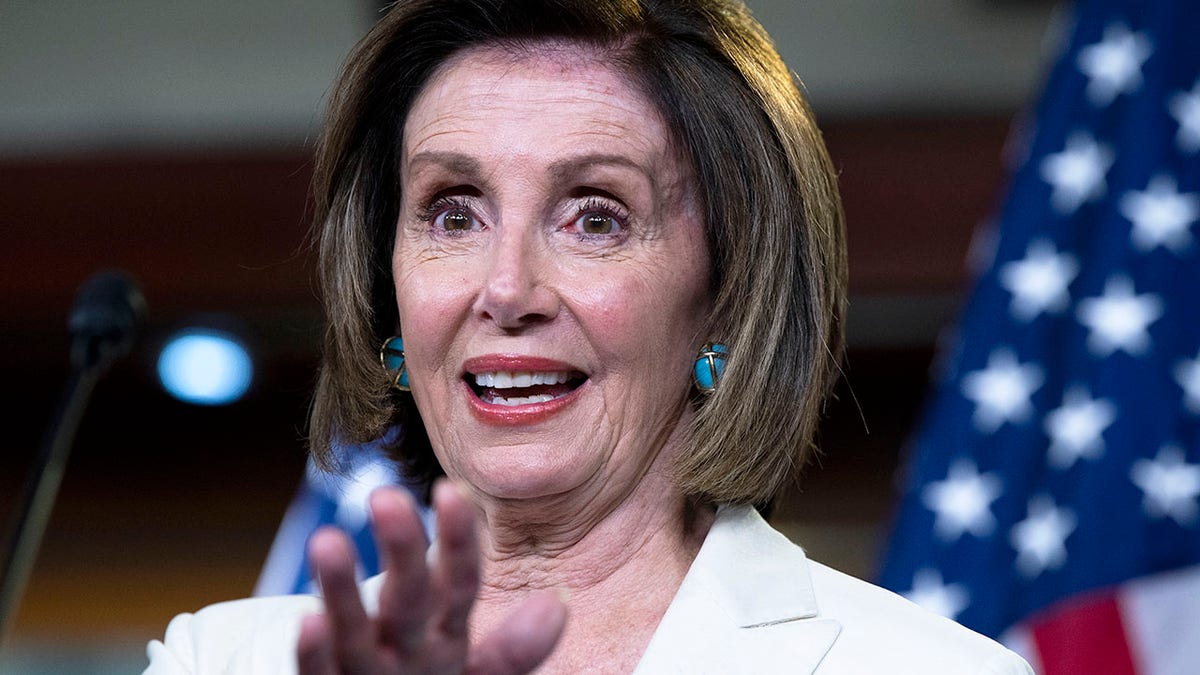 “We’re not going to go for their anti-vaxxing. So if you think that’s how we’re going to keep government open, forget that,” Pelosi, D-Calif., told reporters.

“How do they explain to the public that they’re shutting down government because they don’t want people to get vaccinated?” Pelosi also said. “This is so silly.”

A few Republican senators, including Sens. Mike Lee, R-Utah, and Steve Daines, R-Mont., say they’ll use procedural tools to slow consideration of a continuing resolution to temporarily fund government operations if it doesn’t include a provision blocking enforcement of vaccine mandates from the Biden administration.

The House is expected to act on the bill Thursday, which would leave little more than 24 hours for the Senate to usher the legislation through and avert a shutdown. But if Lee, Daines and other Republicans refuse to grant unanimous consent for the Senate to circumvent its regular order, they can delay the passage of the bill potentially until the middle of next week.

“Republicans want an opportunity to vote to strike down the mandate, and Democrats won’t allow it. If the government shuts down its on them,” a spokesperson for Daines added Thursday. 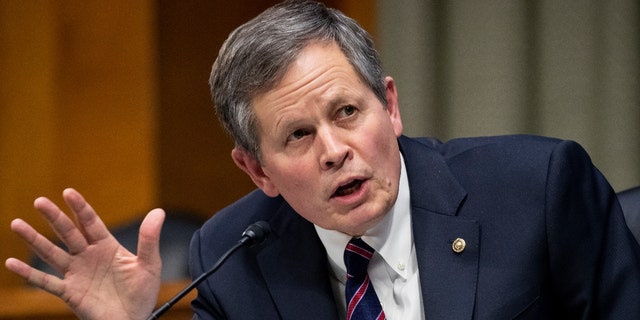 Sen. Steve Daines, R-Mont., speaks during a Senate Finance Committee hearing Wednesday, Feb. 24, 2021. A Daines spokesperson says Democrats will be to blame if the government shuts down.  (Michael Reynolds/Pool via AP)

It appeared Thursday that if those senators could force a vote to block vaccine mandates in the continuing resolution – and if that vote was at a simple-majority threshold – it might succeed. Sen. Joe Manchin, D-W.Va., waffled when asked if he would vote for a GOP-led amendment defunding vaccine mandates.

“I’ve been I’ve been very supportive of the mandate for federal government,” he said. “I’ve been less enthused about the private sector. So, we’re working through it.”

But Pelosi seemed to shut that possibility down Thursday when she told reporters to “forget that.”

“Yet again a double sense of irresponsibility,” Pelosi said, talking about Republicans. “First of all, they shut down government and then they shut down science.”

Most Republicans are against threatening to shut down the government over vaccine mandates.

“I trust my colleagues to vote their heart. I just hope they take their brains with them,” Sen. John Kennedy, R-La., said Wednesday about the possibility of a government shutdown.

Senate Minority Leader Mitch McConnell, R-Ky., is a vocal supporter of keeping the government open. He said on “America’s Newsroom” Thursday that senators should vote to keep the government open because the Senate will vote on a separate bill next week to defund vaccine mandates,

But it’s not clear that will satisfy some of the conservative firebrands in the Senate GOP. Lee appeared to say on “The Mark Levin Show” Wednesday that he will only allow the Senate to speed along the continuing resolution if it passes an amendment against vaccine mandates.