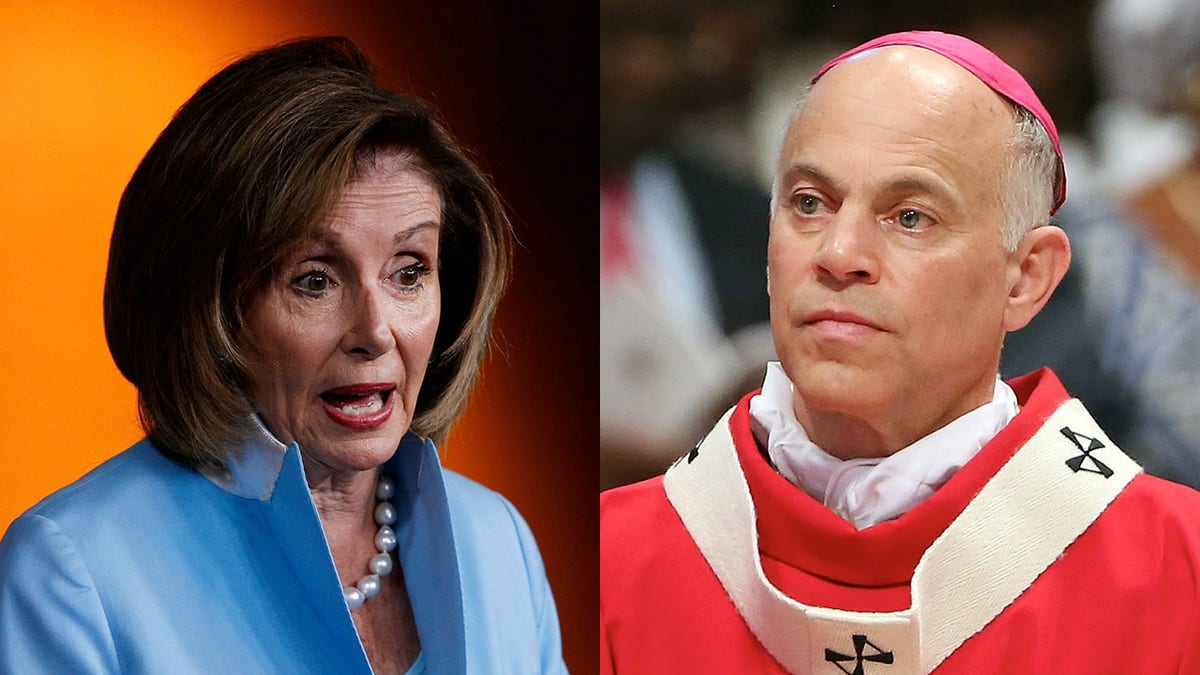 The archbishop of San Francisco is calling for a “massive and visible campaign of prayer and fasting” for the conversion of House Speaker Nancy Pelosi’s heart as she pursues what pro-lifers have called “radical” abortion legislation.

“Witness the House of Representatives’ passage of HR 3755, which would impose abortion on demand nationwide at any stage of pregnancy,” Archbishop Salvatore Cordileone said of the California Democrat in a statement Wednesday.

“A conversion of heart of the majority of our congressional representatives is needed on this issue, beginning with the leader of the House, Speaker Nancy Pelosi. I am therefore inviting all Catholics to join in a massive and visible campaign of prayer and fasting for Speaker Pelosi: commit to praying one rosary a week and fasting on Fridays for her conversion of heart.”

He then directed readers to sign up for the “Rose and Rosary for Nancy” campaign at BenedictInstitute.org. When participants sign up, a rose will be sent to Pelosi “as a symbol of your prayer and fasting for her.”

Cordileone’s statement came amid a raging abortion debate, which gained steam this month when the Supreme Court allowed Texas to implement its heartbeat bill. The return of a conservative majority to the Supreme Court has also prompted discussion about Congress codifying Roe v. Wade in case it’s overturned.

Last week, House Democrats passed the bill Cordileone referred to with a 218-211 vote.

“The archbishop of the city of that area, of San Francisco, and I had a disagreement about who should decide this [family size and timing],” she said. “I believe that God has given us a free will to honor our responsibilities.”

ABORTIONS INCREASED IN AT LEAST 21 STATES DURING 2019: REPORT

The Catholic Catechism teaches that humans ought to use their free will to reject sin, of which abortion is included.

The  discussing abortion says the procedure and infanticide “are abominable crimes.”

It reads: “The inalienable rights of the person must be recognized and respected by civil society and the political authority.” The Catechism also warns that “when the state does not place its power at the service of the rights of each citizen, and in particular of the more vulnerable, the very foundations of a state based on law are undermined.”

Over the years, Pelosi has repeatedly referenced her status as a mother to ward off questions about abortion. Cordileone suggested on Thursday that as a mother, she should reject abortion.

“Speaker Pelosi speaks fondly of her children,” he said. “She clearly has a maternal heart. Pope Francis has called abortion murder, the equivalent of hiring a hitman to solve a problem. The solution to a woman in a crisis pregnancy is not violence but love.”

“Please join me in praying the rosary and fasting for a conversion of Speaker Pelosi’s maternal heart to embracing the goodness and dignity of human life not only after birth, but in the womb as well.”

Pelosi’s office did not immediately respond to Fox News’ request for comment.