The Ohio rejected a new map of state congressional districts Friday as gerrymandered, sending the blueprint back for another try.

In the 4-3 decision, justices returned the map to the powerful Ohio Redistricting Commission, or its map-drawing counterparts in the Legislature, and said they must assure the next plan actually complies with the Ohio Constitution. 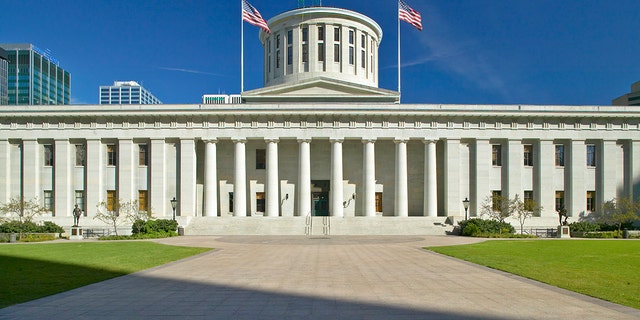 Writing for the majority, Justice Michael Donnelly, one of the court’s three Democrats, wrote, “(T)he evidence in these cases makes clear beyond all doubt that the General Assembly did not heed the clarion call sent by Ohio voters to stop political gerrymandering.”

The court’s three Democrats were joined by Chief Justice Maureen O’Connor, a moderate Republican set to depart the court due to age limits at the end of the year.

The decision affects separate lawsuits brought by voting-rights and Democratic groups, which argued it was indisputable that the map unconstitutionally “‘unduly’ favors the Republican Party.” The two suits were brought by the National Democratic Redistricting Commission’s legal arm, as well as the Ohio offices of the League of Women Voters and the A. Philip Randolph Institute.

The groups said either 12 or 13 of the map’s 15 districts favor Republicans, despite the GOP garnering only about 54% of votes in statewide races over the past decade.

Ohio voters approved a constitutional amendment in 2018 that set up a new system to avoid gerrymandering.

The court’s three other Republicans — including Justice Pat DeWine, son of Republican Gov. Mike DeWine, a named plaintiff in the cases — dissented.

A "Vote Here" sign along the road in Hunterdon County, New Jersey, on Tuesday, Nov. 2, 2021.
(Mark Kauzlarich/Bloomberg via Getty Images)

They said it was unclear how it should be determined that a map “unduly favors” one party over another.

Republicans had defended the map as “highly competitive.”

Ohio and other states were required to redraw their congressional maps to reflect results of the 2020 census, under which Ohio lost one of its current 16 districts due to lagging population.