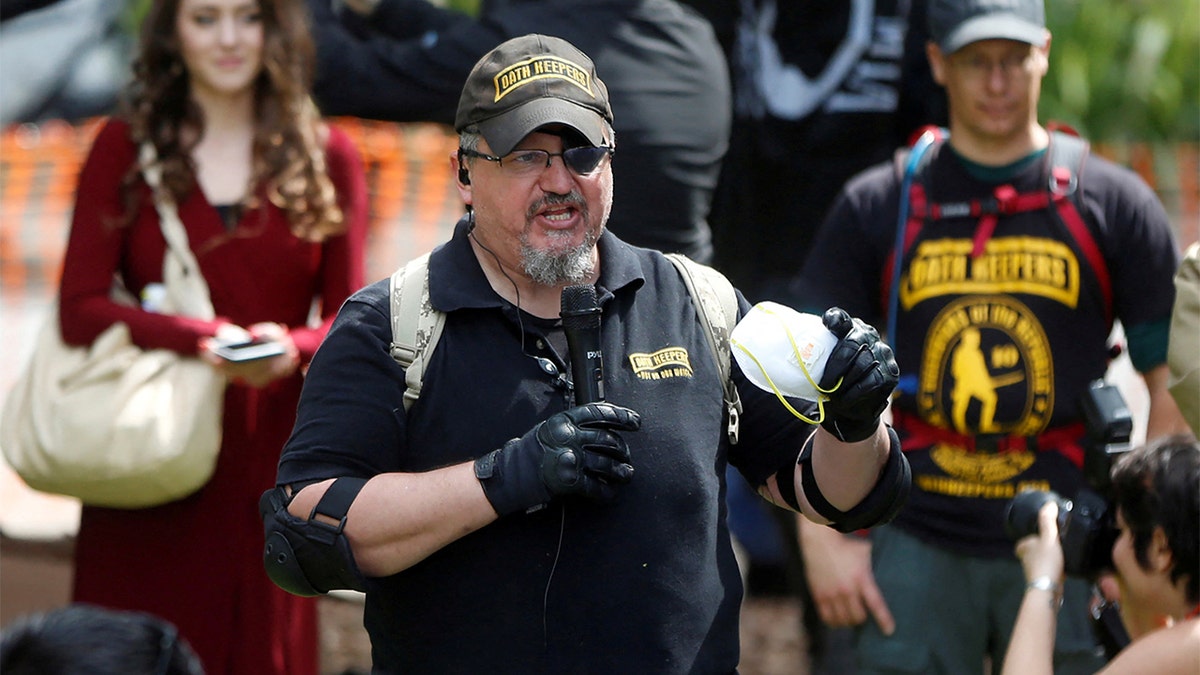 The founder and leader of the Oath Keepers plead not guilty to charges of seditious conspiracy for his alleged role in the Jan. 6, 2021, riot at the U.S. Capitol.

Stewart Rhodes, the founder of the right-wing militia group, plead not guilty in a Plano, Texas federal courtroom during a brief appearance where he was in the custody of the U.S. Marshals wearing handcuffs and leg irons, . 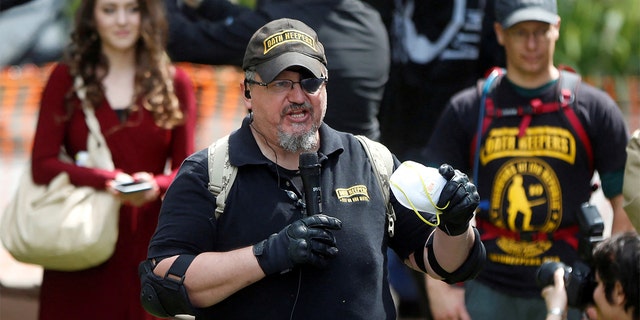 A prosecutor said at the hearing that the Justice Department will request that Rhodes be detained while he waits for trial.

“He believes he will be found not guilty,” James Lee Bright, a lawyer for Rhodes, said, adding that he will oppose the request for pretrial detention. “He has no reason to flee. He has no passport. He has nowhere to go.”

Vallejo did not enter a plea but his lawyer indicated he plans to enter a not guilty plea at a future hearing. 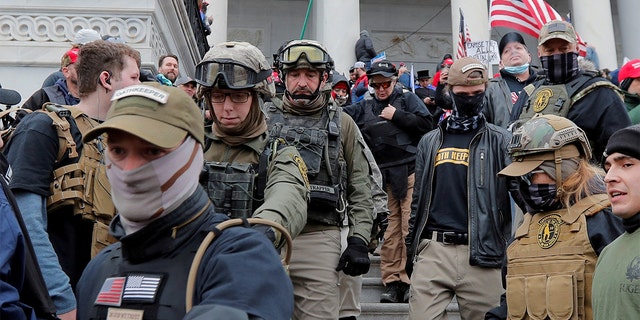 Rhodes, Vallejo, and nine other members or associates of the Oath Keepers have been charged with seditious conspiracy in the violent Capitol protest by supporters of former President Trump, authorities said Thursday.

On Jan. 6, several members, wearing camouflaged combat attire, were seen on camera shouldering their way through the crowd and into the Capitol in a military-style formation, authorities say.

The indictment against Rhodes alleges Oath Keepers formed two teams, or “stacks,” that entered the Capitol. The first stack split up inside the building to separately go after the House and Senate. The second stack confronted officers inside the Capitol Rotunda, the indictment said. Outside Washington, the indictment alleges, the Oath Keepers had stationed two “quick reaction forces” that had guns “in support of their plot to stop the lawful transfer of power.”

Sedition charges are difficult to win and rarely used, but defendants face steep prison time of 20 years if convicted, compared with five for the other conspiracy charges. The last time U.S. prosecutors brought such a seditious conspiracy case was in 2010 in an alleged Michigan plot by members of the Hutaree militia to incite an uprising against the government. But a judge ordered acquittals on the sedition conspiracy charges at a 2012 trial, saying prosecutors relied too much on hateful diatribes protected by the First Amendment and didn’t, as required, prove the accused ever had detailed plans for a rebellion. 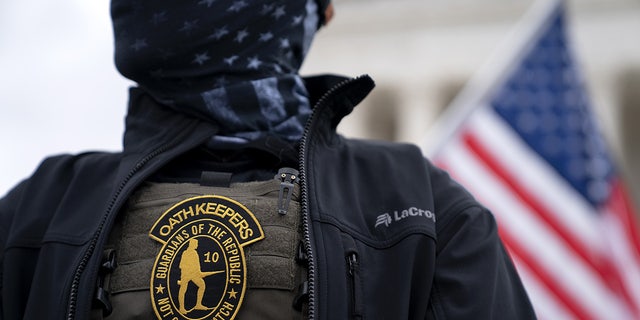 A demonstrator wears an Oath Keepers anti-government organization badge on a protective vest during a protest outside the Supreme Court in Washington, D.C., U.S., on Tuesday, Jan. 5, 2021. Photographer: Stefani Reynolds/Bloomberg via Getty Images

The U.S. Attorney’s Office for the District of Columbia had previously charged more than 700 people across the country for their alleged participation in the riot, including at least 81 current or former service members, . About 275 of those defendants have been charged with a felony offense of “attempting to corruptly obstruct, influence, or impede” the Electoral College certification.

Associated Press contributed to this report