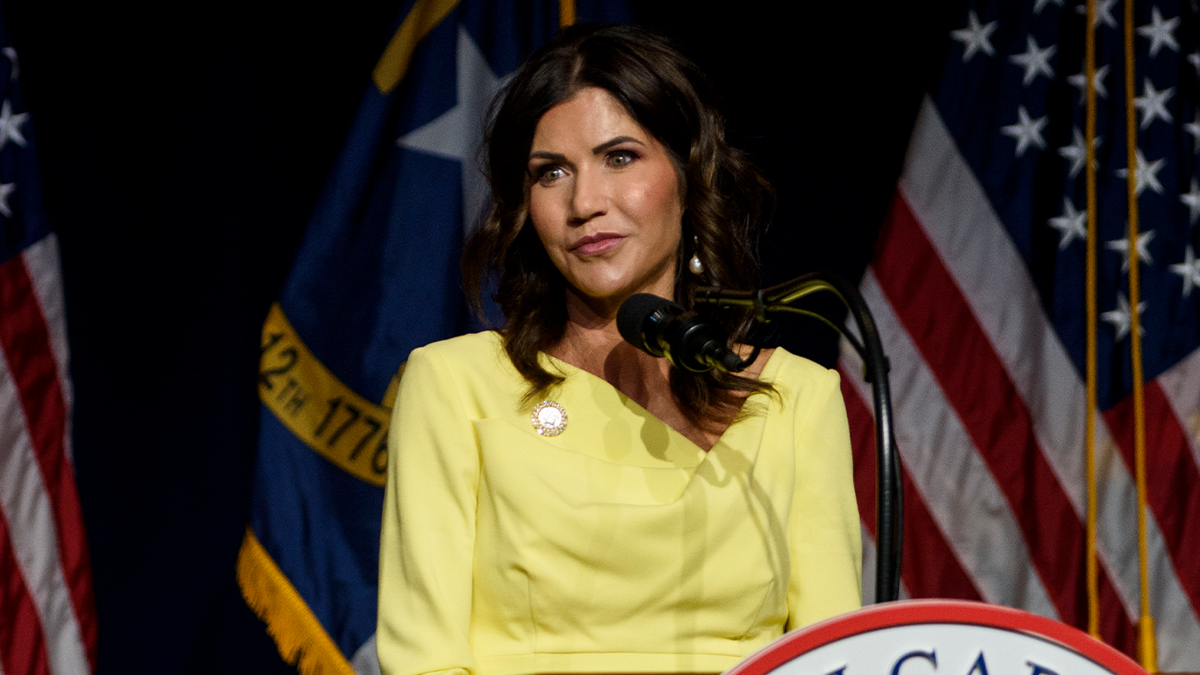 Gov. Kristi Noem is hitting the reset button on South Dakota’s proposed social studies curriculum, discarding her administration’s previous standards and changing up who crafts the new ones.

Friday’s announcement comes a week after she said the revision process would be delayed for up to a year. Noem’s office told Fox News that it is severing ties with consultant Beth Ratway and the C3 framework – both controversial influences that raised concerns about left-wing content later surfacing in schools.

“I have asked the Department of Education to restart the process from the beginning,” Noem, a Republican, said in a press release Friday. “I want to ensure we propose standards that accurately reflect the values of South Dakota.”

“Our kids deserve to learn both America’s and South Dakota’s true and honest history, taught in a balanced context that doesn’t pit our children against each other on the basis of race, sex, or background. More work needs to be done to get this right, and we are committed to seeing that process through.”

However, Ratway’s employer, the American Institutes for Research (AIR), said that it was unaware of any changes to their contact with the South Dakota Department of Education.

“AIR is a non-partisan organization and our team worked collaboratively with state officials on the revision of the social studies standards and honored the parameters that were laid out by the South Dakota Department of Education at the beginning of this project. As a non-partisan organization, our experts operate under the highest standards of professionalism, and any suggestion counter to this is completely without merit.”

Noem had encountered backlash from both sides, with Native Americans upset about removals that were favored by conservatives.

Her latest move followed a by Stanley Kurtz, a senior fellow at the Ethics and Public Policy Center, about Ratway’s influence on the Department of Education as well as what he called the “action-civics-based.”

Kurtz also pointed to Ratway’s video presentation on social justice, which has since been removed from YouTube. Obtained by Fox News via Kurtz, the PowerPoint employs plenty of language reminiscent of controversial equity trainings seen throughout the U.S.

For example, under “Connecting Social Justice and Social Studies,” Ratway’s slide reads: “We define social justice education as the pedagogical practice of guiding students toward critically discussing, examining, and actively exploring the reasons behind social inequalities and how unjust institutional practices maintain and reproduce power and privilege that have a direct impact on students’ lives.”

She also cites Paulo Freire, a well-known advocate of “critical pedagogy” who has been criticized by anti-CRT advocates like James Lindsay. The ties to left-wing ideas don’t end with her presentation. In 2020, Ratway co-chaired an Advancing Social Justice conference, which featured a speech from the controversial “1619 Project” founder Nikole Hannah-Jones.

Friday’s release pledged to “create a new workgroup of stakeholders to develop standards. This group will propose new social studies standards, and everyone who has expressed concerns will be a part of the process, including Native Americans. The new proposed standards will be reviewed and adjusted based on input from the public, the DOE, and, ultimately, approved by the Board of Education Standards.”

“The DOE will also hire a new facilitator to oversee the workgroup process. The DOE will work with the Board of Education Standards to approve a new timeline to ensure the standards are adopted after sufficient time for the workgroup’s action and public input into the process.”

Ratway’s employer, The American Institutes of Research, did not immediately respond to Fox News’ request for comment but previously provided a lengthy response defending its work.

Dana Tofig, managing director for corporate communications at AIR, told Fox News: “We conduct and apply research and our work is informed by data and evidence. We have successfully consulted on standards reviews and rewrites in nearly every state in the U.S.  – including blue and red states – and our work is led by the needs and direction of our clients.”

“In South Dakota, our role has been to facilitate the revision of the state’s social studies standards under the direction and guidance of the South Dakota Department of Education. When we began this project, the South Dakota DOE provided specific parameters for our work and we abided by those parameters as we collaborated with a team of educators and community members from across the state. We are proud of our work in South Dakota.”

The controversy appeared to prompt the June resignations of two members serving on the social studies standards committee. One of those resignations came from state Rep. Sue Peterson, a Republican who told Fox News that the state’s proposed standards don’t align with a pledge signed by both her and Noem.

“Like Gov. Noem, I signed the 1776 pledge,” she said last week. “The proposed standards do not align with that pledge, nor do they align with what I believe most South Dakota parents want for their children. Gov. Noem’s postponement of the approval process is the right thing to do. It will allow her to get the right people in place to create standards that align with what the Governor says she wants.”

In July, Noem an executive order prohibiting the state’s Department of Education from pursuing federal grants in history or civics until the legislature could consider anti-CRT measures in the 2022 session. This came amid conservatives’ concerns that the Biden administration had proposed grants that would effectively fund CRT-related education in schools.

“Throughout this summer, Gov. Noem took action to stop the teaching of Critical Race Theory in South Dakota schools,” former President Trump adviser David Bossie said in an op-ed this week. “Gov. Noem is one hundred percent correct; allowing our children to be taught to hate America will spell our doom as a constitutional republic.”