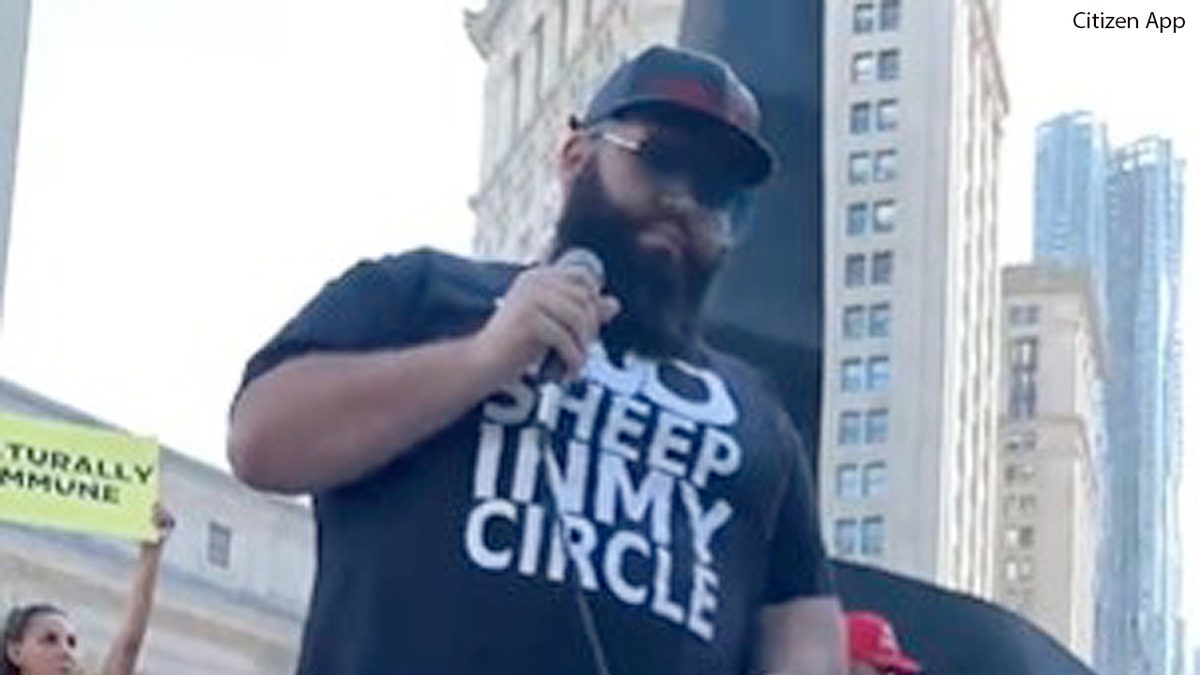 Crows of people protesting against COVID-19 vaccine mandates marched the streets of New York City on Monday, the deadline newly-minted Democratic Gov. Kathy Hochul set for health care workers to receive a COVID-19 shot or face being fired from their jobs.

Protesters held signs that read, “Naturally immune,” and “Medical segregation is racist,” in the crowd that took up the entire street in the Avenue of the Americas, according to footage shared on Twitter by independent journalist Elad Eliahu.

At a protest held at Foley Square, the crowd can be heard chanting, “No vaccine mandates, no Nazi pass,” in other footage taken by Leeroy Johnson, an independent photographer on the scene.

Civil rights leader Reverend Kevin McCall led the crowd in “my body, my choice chants” while speaking in Times Square, according to further footage taken by Johnson.

“I came out here today because they thought they was doing something by plastering my face on August the 28th on the daily news, because I was giving out religious exemptions,” McCall said during his speech. “And they said, ‘What in the heavens are you doing?’ and I told them, ‘I am freeing my people.’”

“I stand on Biblical principles,” McCall continued. “I told [Mayor Bill] de Blasio, I told [former Gov. Andrew] Cuomo, that they can kiss me where the sun don’t shine. I don’t care if [vaccines] have been approved by the FDA, the CIA or the FBI,” he added. “If it’s not approved by G-O-D, I don’t want it inside of me.”

Several protests have been sparked in New York City in recent days and weeks over de Blasio’s citywide mandate issued in August, which requires both workers and customers of certain businesses like restaurants and gyms to provide proof that they have been vaccinated in order to enter.

Gov. Hochul is also standing firm on her statewide order requiring health care workers to receive at least one coronavirus vaccine jab by Sept. 27 or face termination. The new governor told unvaccinated New York health care workers the state will “replacing people” who do not comply.

The governor plans to have medically-trained National Guard members fill in the gap for those health care workers either placed on leave or relieved of their jobs on Tuesday.