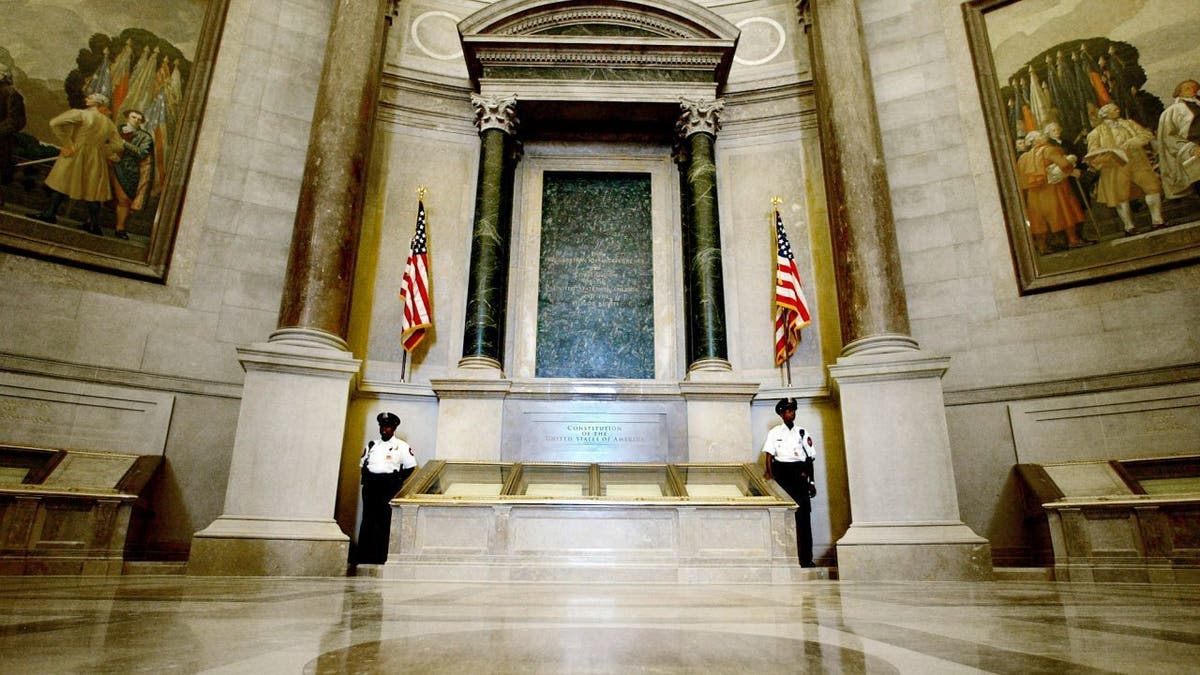 FIRST ON FOX: Members of the National Archives’ task force on racism have recommended removing the “charters of freedom” description for America’s founding documents, such as the Constitution, arguing that it did not initially grant freedom for all individuals.

Approximately 800 National Archives and Records Administration (NARA) employees from across the country attended a town hall meeting of the Archives’ Task Force on Racism on May 11, according to FOIA documents obtained by America Rising and shared with Fox News.

During the presentation, a museum subgroup recommended that NARA “retire” the term “charters of freedom” as descriptors for the U.S. Constitution, Bill of Rights and Declaration of Independence.

“We should retire the term charters of freedom and remove it from our web pages, publications and exhibits because, as we learned, these documents did not result in freedom for everyone,” said one presenter, whose name was redacted.

Another presenter of the same museum subgroup, whose name was also redacted, said members were tasked with recommending policies and procedures that “ensure that everyone feels welcomed, included and represented at our museums and presidential libraries.”

The presenter told a story about a Black congressional staffer who took issue with the “charters of freedom” label, which currently appears on the Archives’ website and in exhibits.

“It happened during a tour of the Rotunda led by the congressional office,” the presenter said, according to a transcript of the event. “During this tour, the leader referred to the Declaration of Independence, Constitution and Bill of Rights as the charters of freedom, which many of us often do. It was at this point that one of the tour members, a Black congressional staffer, turned to him and said, ‘Those are not my charters of freedom.’

“I tell this story because it demonstrates the importance of the work of the task force,” the presenter said. “We never want our exhibits, programs or educational materials to make people feel alienated or excluded.”

The subgroup also recommended “reimagining” the Rotunda, which houses America’s founding documents, arguing that it doesn’t “tell the whole story” of slavery.

“We should reimagine the space to encourage both celebration of the documents’ successes with an honest reckoning with their failures,” the second presenter said.

“One exciting way that we might do this is to commission artists to create sculptures for the four empty niches in the Rotunda. … Other ideas include new displays in the exhibit cases that grapple with the contradictions between the founding ideals and the realities of slavery and Indian removal, and present a full and honest history of this founding era.”

An NARA spokesperson didn’t immediately return a request for comment.