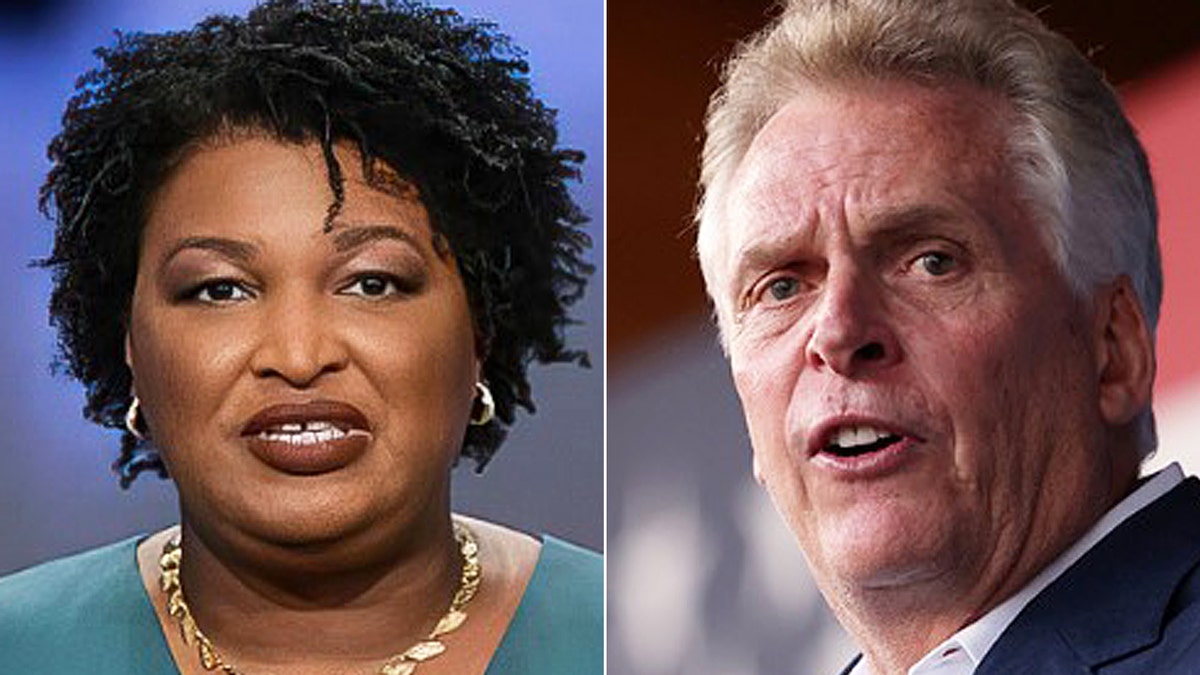 gubernatorial candidate Terry McAuliffe claimed that Stacey Abrams should be the governor of Georgia, accusing Brian Kemp (who ran for governor while also serving as secretary of state) of having “disenfranchised” more than 1 million Georgia voters in the state’s 2018 gubernatorial election.

Last week, McAuliffe nodded along as Abrams repeated what some have described as her “Big Lie” about the 2018 election.

On the night of the election in 2018, that “former Secretary of State Brian Kemp will be certified as the victor in the 2018 gubernatorial election.” But she claimed that Kemp had pinned “his hopes for election on suppression of the people’s democratic right to vote.” She has repeatedly accused Kemp of abusing his position as secretary of state to suppress the vote.

Yet fact-checkers with and found “no proof” and “little empirical evidence” that Kemp stole the election.

While Kemp did clean up the voter rolls before the election (removing 1.4 million active voters from the rolls) and putting holds on some voters, University of Georgia professor Charles Bullock told USA Today that the holds would not have stopped Georgians from voting.

“All the person had to do is show up with their photo ID, which everyone has to have, and they would’ve been allowed to vote,” Bullock explained. 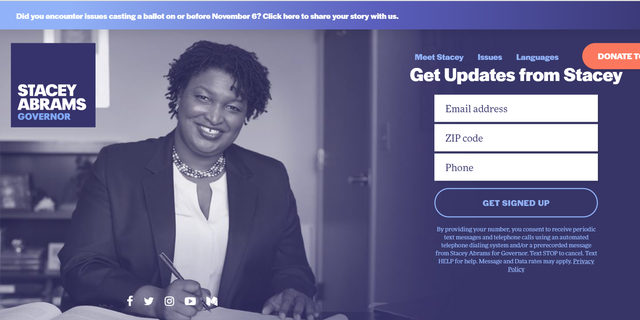 Some commentators have compared Abrams’ claim about voter suppression and the 2018 governor race to the Democrats’ condemnations of former President Donald Trump’s claims about fraud in the 2020 election, which Democrats refer to as “The Big Lie.”

“Before Trump’s Big Lie, there was the Stacey Abrams Big Lie,” Eric Cunningham, editor-in-chief of Elections Daily, wrote on Twitter. “It has so thoroughly permeated the Democratic Party that it’s virtually impossible to find National Democrats that don’t think the 2018 race was stolen from her.”

A Youngkin campaign spokesperson blasted McAuliffe for his remarks about Abrams.

“McAuliffe’s continued claims that multiple elections were stolen raise serious doubts about whether he will accept his own impending defeat and concede when he loses to Glenn Youngkin,” the spokesperson told Fox News on Sunday.

Georgia Secretary of State Brad Raffensperger wrote that “McAuliffe’s stolen election claims should be disqualifying.” Raffensperger noted that McAuliffe has claimed that the 2000 and 2004 presidential elections were stolen. Before the 2020 election, McAuliffe said he was “very concerned” about the integrity of that election, but he now mocks Youngkin for emphasizing election integrity.

Election officials in Fairfax County, Virginia, currently face a lawsuit accusing them of violating election law during the ongoing gubernatorial election. Lawyers have also suggested that churches may have broken the law by showing videos of Vice President Kamala Harris urging churchgoers to vote for McAuliffe.

In his remarks on Sunday, McAuliffe also praised Abrams for her advocacy after the 2018 election, saying that Georgia would not have voted for Joe Biden in 2020, nor would it have elected Jon Ossoff and Raphael Warnock to the U.S. Senate in 2021, where it not for Abrams. 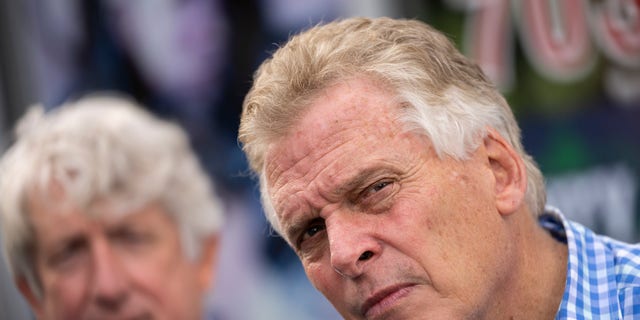 Tyler O’Neil is an editor at Fox News. Follow him on Twitter at @Tyler2ONeil. If you’ve got a tip, you can email Tyler at [email protected]