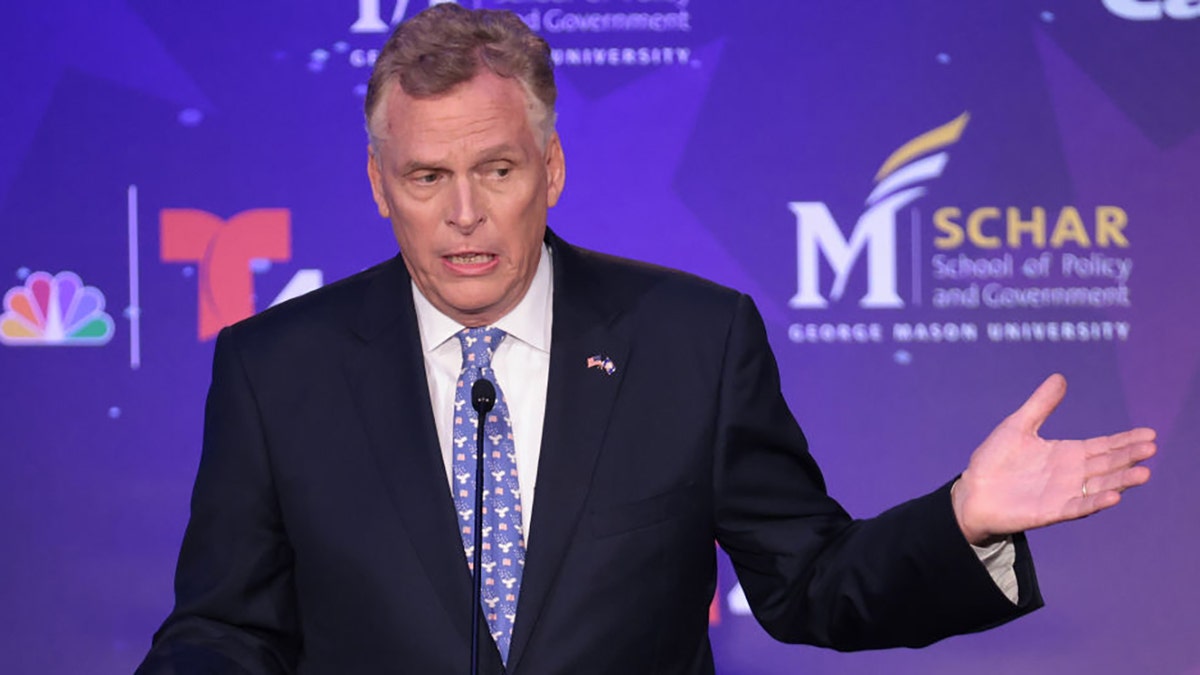 The campaign of Virginia Democratic gubernatorial hopeful Terry McAuliffe is brushing off the endorsement of his Republican opponent, Glenn Youngkin, by the Hampton Roads Black Caucus (HRBC).

Youngkin tweeted Saturday that he was “humbled” by the endorsement by the HRBC, which bills itself as a nonpartisan organization aimed at “enhancing the Black community.” The group previously endorsed Democrats McAuliffe for governor in 2013 and Ralph Northam for governor in 2017.

GLENN YOUNGKIN: TERRY MCAULIFFE WANTS TO ‘DICTATE’ TO PARENTS, BUT CAN’T FOLLOW HIS OWN RULES

“I am incredibly humbled and honored to have the support of the Hampton Roads Black Caucus, and look forward to working closely with them and all Black Virginians to implement my Day One Game Plan to make Virginia the best place to live, work, and raise a family,” Youngkin said in a statement Saturday.

“Terry McAuliffe has hurt Black Virginians by turning his back on our schools and children, making our communities less safe, and causing the cost of living to explode,” he added.

McAuliffe’s campaign and allies have attempted to diminish the endorsement by downplaying the group’s influence.

“I love it when the Youngkin team tweets HUGE NEWS about a Republican group endorsing their Republican candidate,” McAuliffe campaign spokeswoman Christina Freundlich wrote on Twitter, despite the group’s prior endorsements of Democrats.

The HRBC also previously endorsed Cheryl Turpin, a Democrat who served in the Virginia House of Delegates from 2018 to 2020.

In a 2016 Facebook post, HRBC said, “Here is what supporters of HRBC understand: HRBC SPEAKS TRUTH TO POWER REGARDLESS OF PARTY! We engage both Democrats and Republicans who hold local office because THEY ARE MAKING DECISIONS THAT AFFECT OUR EVERYDAY LIVES!”

The Youngkin campaign said the criticism is a sign McAuliffe is in trouble.

“40-year career politician Terry McAuliffe knows he’s losing, which is why he and his team are constantly looking to diminish any group that dares question his authority or disagrees with him,” Youngkin campaign spokesman Christian Martinez said in a statement.

“[McAauliffe] has yelled at a sheriff who called him out for embracing radical groups that want to defund the police, he doesn’t want parents to have a say in their children’s education, he wants employees fired if they don’t get the vaccine, and now he questions the legitimacy of a historical black organization simply for not endorsing him,” the statement continued. “Terry McAuliffe is not a leader, he was never fit to be governor in the first place.”