Mayorkas says as many as 12K out of 17K migrants have been released into U.S., and ‘it could be higher’ 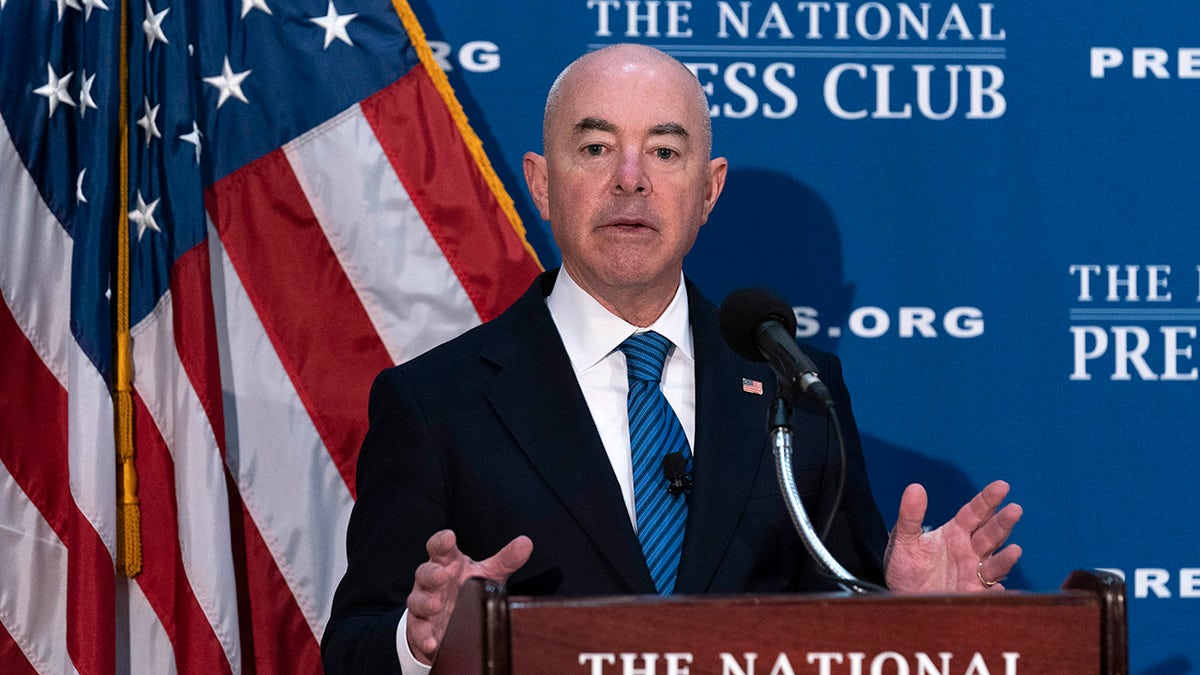 Secretary of Homeland Security Alejandro Mayorkas admitted Sunday that the vast majority of Haitian migrants who crossed the southern U.S. border in recent weeks have already been released into the United States, and it is possible that more will follow them.

So far, approximately 12,400 of the people are having their cases heard by immigration judges, while another 5,000 are being processed by the Department of Homeland Security. Currently,, only 3,000 are in detention.

“Approximately, I think it’s about ten thousand or so, twelve thousand,” Mayorkas told “Fox News Sunday” when asked how many have already been released. He then acknowledged that this number could very well go up as the 5,000 other cases are processed.

The secretary said the administration “will make determinations whether they will be returned to Haiti based on our public health and public interest authorities.”

Mayorkas said that those who are released have conditions placed on them, “are monitored by us,” and authorities “ensure their appearance in court as the law requires.”

Host Chris Wallace noted that according to the Department of Justice 44% of those who are released miss court appearances. When asked whether many of the thousands who have just been released will just stay in the U.S., Mayorkas insisted that the system will work.

“We have enforcement guideline in place that provide the individuals who are recent border crossers who do not show up for their hearings are enforcement priorities and will be removed,” he said.

Wallace noted that there are already 11 million people in the U.S. illegally, but Mayorkas said this is just evidence that the current system is “broken” and in need of reform.

The Biden administration has confirmed that a total of roughly 30,000 Haitians crossed into Del Rio, Texas since September 9. Wallace asked why they were not stopped, and Maoyrkas replied with information about how the administration reacted after the fact.

Wallace again asked why the people were not stopped at the border and why the U.S. does not have any physical barrier in place to prevent this.

“We do not agree with the building of the wall,” Mayorkas said. “The law provides that individuals can make a claim for humanitarian relief. That is actually one of our proudest traditions”

Mayorkas also faced questions about the narrative that border patrol agents were using whips against migrants, after a photograph of an agent holding the reigns of his horse while chasing someone near the border looked like he was holding a whip.

Mayorkas had said that the images “painfully conjured up the worst elements of our nation’s ongoing battle against systemic racism,” only for the photographer to clarify that he has “never seen them whip anyone.”

Despite that information and a denial from the head of the National Border Patrol Council, President Biden also continued the narrative that agents were whipping people, saying, “those people will pay.”

On Sunday, Mayorkas addressed the issue, simply stating that what actually happened “is the subject of an investigation” which “will be determined by the facts and nothing more.”