HomepoliticsFamily of Marine killed in Afghanistan slams Biden meeting as scripted, a...
politics 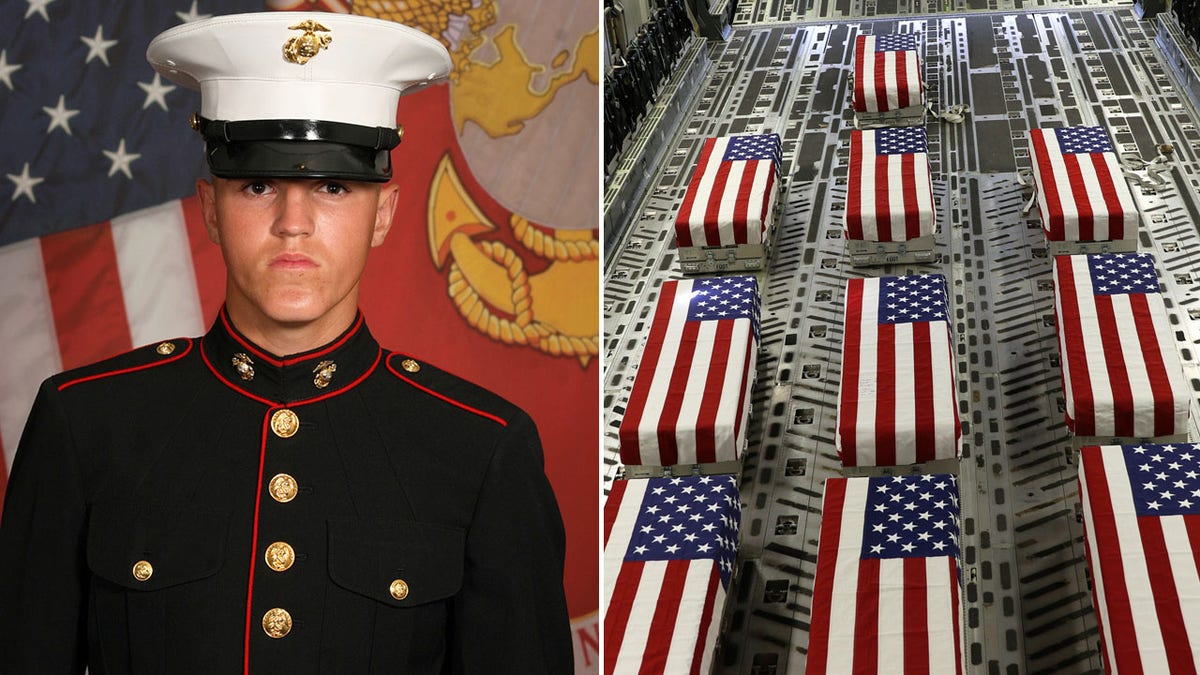 The family of one of the Marines killed in last week slammed meeting with the Marine’s pregnant widow as scripted and a “total disregard” to the service member’s death.

Biden traveled to Dover, Delaware, on Sunday to attend the dignified transfer of the 13 service members killed in Kabul’s suicide bombings last week and meet with their families.

Jiennah McCollum, the pregnant wife of Marine Lance Cpl. Rylee McCollum, alongside the fallen Marine’s father and sisters, were scheduled to meet with the president, but only Jiennah ended up speaking with Biden.

Roice McCollum, one of the late corporal’s sisters, told the on Sunday that she, her sister and her father all refused to meet with Biden because they held him responsible for their fallen Marine’s death.

Jiennah’s meeting with Biden did not go over well, though, with Roice saying the pregnant widow was frustrated after briefly speaking with the president.

Roice said the family felt the president’s conversation with Jiennah was hollow and lacking meaning, and said Biden appeared to show a “total disregard to the loss of our Marine.”

According to Roice’s account to the Post, Biden spoke about the service of his veteran son, Beau Biden, and his death from brain cancer — a topic Biden also brought up while both addressing the nation after the deadly Kabul suicide bombing and speaking with the new prime minister of Israel.

“You can’t f— up as bad as he did and say you’re sorry,” Roice said in regards to Biden. “This did not need to happen, and every life is on his hands.”

Paula Knauss of Clearwater, Florida, the mother of 23-year-old Army Staff Sgt. Ryan Knauss, said she was heartbroken over the loss of her son and eviscerated Biden’s “hasty withdrawal after 20 years of war.”

“You can’t have a hasty withdrawal after 20 years of war,” she said. “Because it’s beyond me.”

“It disgraces the name of all those who have fought in the past and who are now on ground, foreign ground fighting right now, my son’s [82nd] Airborne is still there, and they deserve to be protected,” Knauss continued.

The White House did not respond to Fox News’ request for comment.