Manhattan DA: ‘I don’t understand the pushback’ to lighter punishment for violent criminals 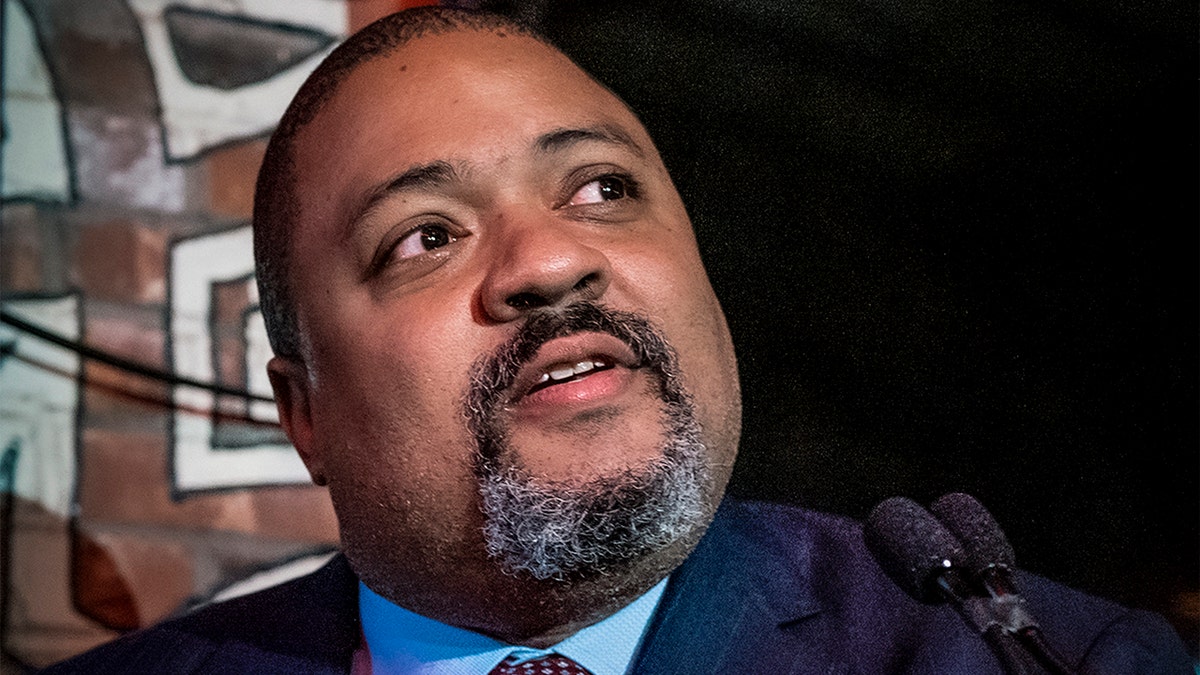 “We said we were going to marry fairness and safety, and we laid out a specific plan,” Bragg declared. “We put it on the website. We put it in print. And this week, after Jan. 1, we got down to work, and we are doing what we said we would do.”

“We know that our first civil right is the right to walk safely to our corner store. But we also know that that safety has got to be based in our community and fairness. It cannot be driven solely by incarceration,” Bragg told the audience.

The new district attorney has made lowering incarceration and shortening prison sentences a key component of his political campaign.

“We need investment in our neighborhoods, and we do need to address our significant safety concerns,” Bragg added, claiming that there has been miscommunication about his position. “So that’s what we set out to do. That’s what we started to do this week. And I thank Rev. Sharpton for his invitation because there have been, let me just say, some misunderstandings.”

Bragg has announced that he will not seek jail time for a variety of offenses, following a path of other progressive prosecutors in , San Francisco and , among others.

On his third day in office, Bragg sent a memo stressing  “diversion and alternatives to incarceration,” such as crisis intervention programs, instead of sending some criminals to jail.

Bragg acknowledged in his speech to Sharpton’s audience that crime – including violent crime — is skyrocketing in the city. 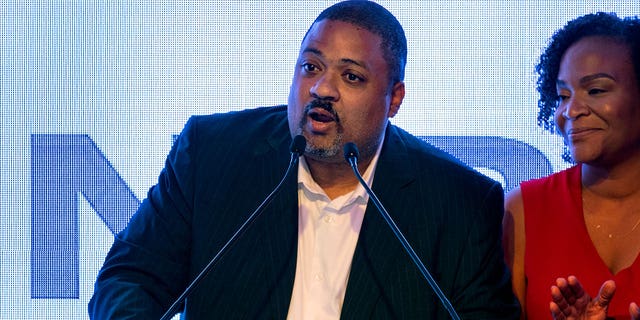 Alvin Bragg at an election night gathering as he speaks to supporters in New York, June 22, 2021.
(AP Photo/Craig Ruttle)

“Gun crime is on the rise. Domestic violence is on the rise. We’ve got sexual assault. That’s what was going on with the status quo. So we know we need a change to address that,” Bragg explained. “And the way to do that is partner with traditional public safety methods, is to invest in our communities. Racial disparity’s rife in our system. We criminalize poverty every day of the week.”

Bragg expressed confusion at the pushback his lesser-sentencing plan has received from the public, saying, “This is going to make us safer. It’s intuitive. It’s common sense. I don’t understand the pushback.”

Bragg leaned on his own experiences with crime as proof of his authenticity, recounting being threatened with a gun and walking into a crime scene.

“I’ve had a semi-automatic weapon pointed at my head. I’ve been shot at. And just late last year I had walked to a crime scene with more than 20 shell casings on the ground with my two young children just to get home,” Bragg told the audience Saturday. “So don’t tell me about guns. I know about guns, and I know from my work to you all day.” 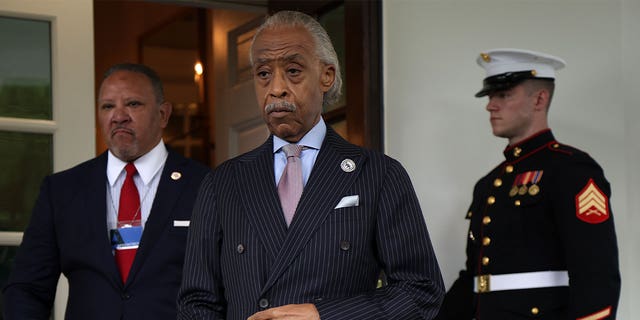 “I’m new to politics, but I’m steadfast. We’re going to stay the course. As the Good Book says, ‘We’re going to keep fighting the good fight.'”

Exceptions to Bragg’s no-jail rule include murder, a crime that involves someone’s death and felonies. Several serious crimes, such as some cases of armed robbery, are being reduced to misdemeanors. Bragg also vows to limit sentences to 20 years, even for convictions.

Bragg’s office will largely no longer prosecute trespass offenses, resisting arrest, subway and bus fare dodging and sex work. He is also reducing charges for stealing from stores or from home storage areas and drug dealing.