Schumer, Manchin to meet with Biden in Delaware 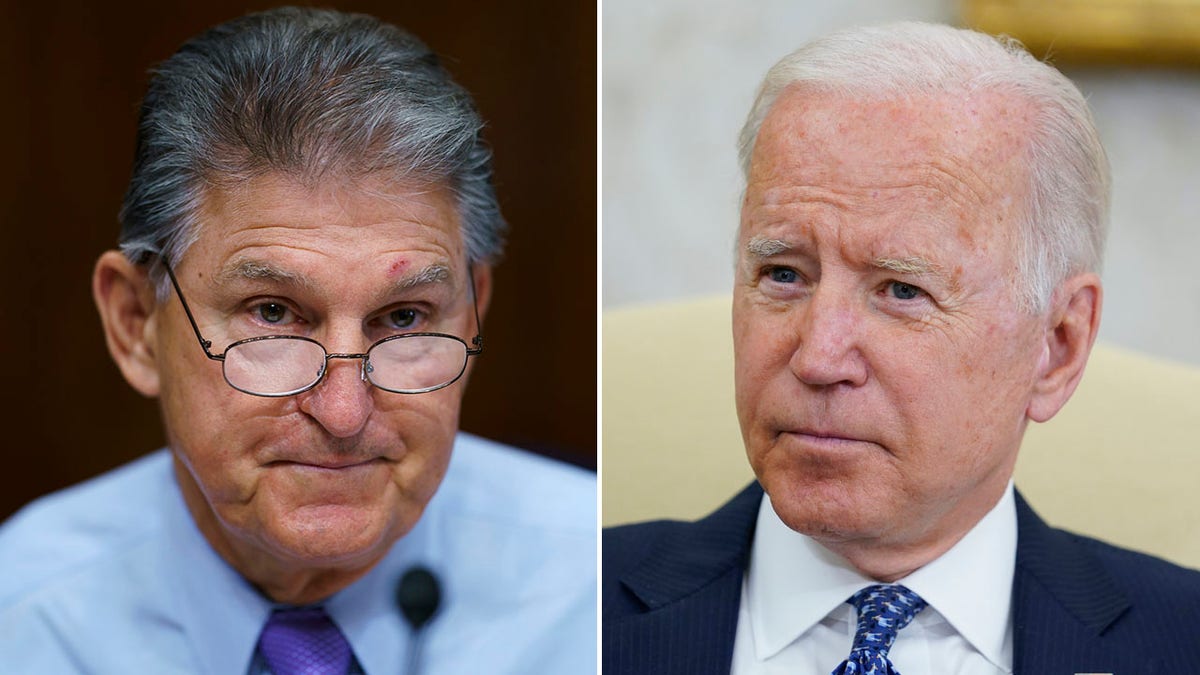 Sen. Joe Manchin, D-W.Va., will be meeting with both President Biden and Senate Majority Leader Chuck Schumer, D-N.Y., on Sunday, Fox News has confirmed, as Democrats continue to have trouble agreeing to terms on a massive social spending bill to go alongside a bipartisan infrastructure bill.

The meeting, initially reported by Politico as being between Biden and Manchin, will take place in the president’s home state of Delaware. The outlet, and Punchbowl News’ Jake Sherman, later reported that Schumer will be there as well.

MANCHIN SAYS HE OFFERED TO BECOME INDEPENDENT IF DEMS FOUND HIM TO BE ‘EMBARRASSMENT,’ NEVE CONSIDERED JOINING GOP

The discussion comes nearly one month after House Speaker Nancy Pelosi vowed to hold a vote on the bipartisan infrastructure bill. Progressives have threatened to tank that bill, however, if the party does not first come to terms on a much larger social spending bill that Democrats would pass through budget reconciliation – a process that only requires a simple majority but Democrats would need everyone in the party, including the moderate Manchin, to achieve that.

Schumer had said last week that he wanted to reach a deal on the reconciliation bill by Friday. The day before that deadline, Manchin had told reporters, “This is not going to happen anytime soon, guys,” The Hill reported. The social spending bill was originally expected to cost $3.5 trillion, but Manchin is pushing for a far less expensive package.

Sunday’s meeting also comes following a report that Manchin was considering leaving the Democratic party altogether if an agreement could not be made to lower the reconciliation bill’s price to $1.75 trillion. Manchin denied that rumor, then later explained what really happened.

“The only thing that was ever said that we’ve ever talked about if I’m an embarrassment to my, my Democratic colleagues, my caucus, the president being the Democratic leader of the Democrat Party, Chuck Schumer and all them,” Manchin said in response to a question from Fox News. “I said me being a moderate centrist Democrat, if that causes you a problem let me know and I’d switch to be an independent, but I’d still be caucusing with Democrats.”

According to an Axios report, tensions ran high during a Wednesday meeting between Manchin and Sen. Bernie Sanders, I-Vt., when the democratic socialist continued to push for a $3.5 trillion bill.