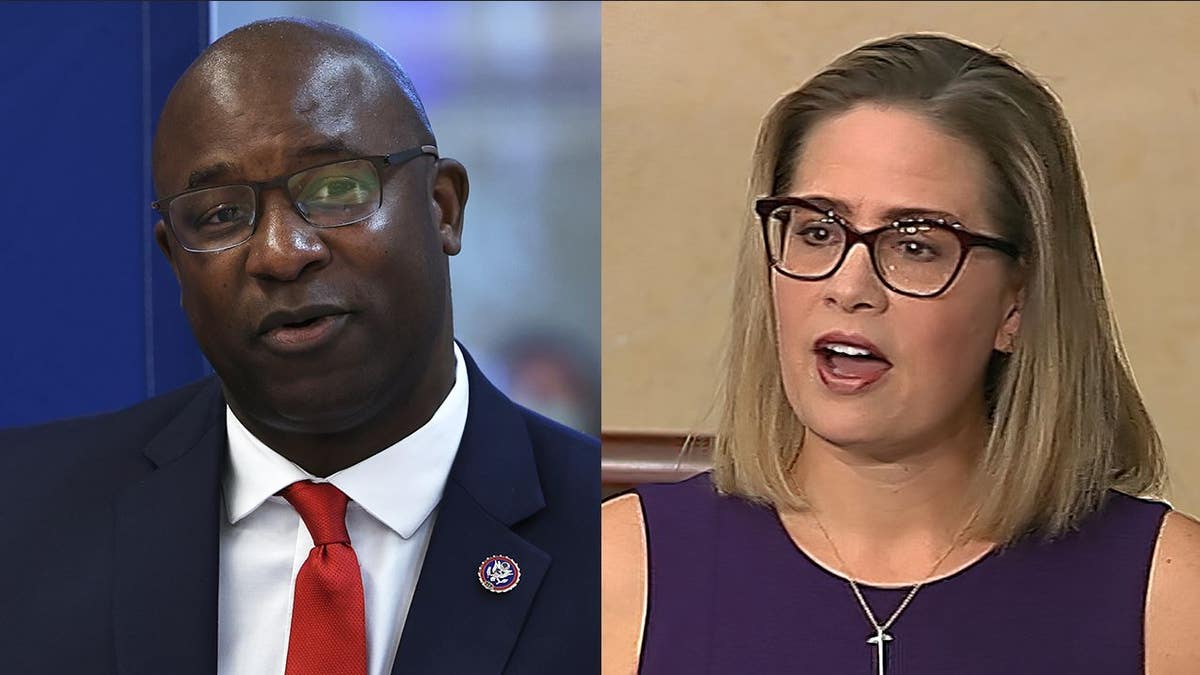 U.S. Sen. Kyrsten Sinema, D-Ariz., is a “traitor” to the legacy of the late U.S. Rep. John Lewis after reaffirming her support for the filibuster, a New York Democrat asserted Thursday.

U.S. Rep. Jamaal Bowman shared his views in a Twitter message in which he retweeted a photo that Sinema had posted of herself with Lewis, who died in July 2020 at age 80. She had captioned the post “My hero.”

“Hero: a person who is admired or idealized for courage, outstanding achievements, or noble qualities. Traitor: a person who betrays a friend, country, principle, etc.,” Bowman wrote. 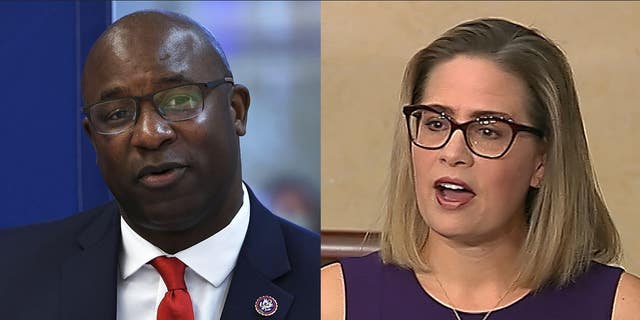 Rep. Jamaal Bowman accused Sen. Kyrsten Sinema of being a "traitor" to John Lewis’ legacy over her support of the filibuster.
(Getty/AP)

“John Lewis is a hero, you [Sinema] are a traitor to his legacy, your constituents and our democracy.”

Democrats have been advocating for lowering the 60-vote filibuster threshold to more easily pass their federal voting rights bill. Biden in a fiery speech on the voting bill on Tuesday expressed support for the first time for changing the filibuster.

Bowman wrote another tweet about Sinema on Thursday, saying, “When big money takes precedence over the needs of people, it’s a problem. Sen. Sinema should stop obstructing progress and help save democracy.” He linked the tweet to a Washington Post story that said five veterans on her advisory council had quit, accusing her of being one of the “principal obstacles to progress.”

Sinema and fellow moderate Sen. Joe Manchin, D-W.Va., have taken the brunt of frustration from progressives over Biden’s stalled agenda.

Earlier Thursday, Sinema had defended her stand regarding the filibuster.

“There’s no need for me to restate my longstanding support for the 60-vote threshold to pass legislation,” Sinema said Thursday. “There’s no need for me to restate its role in protecting our country from wild reversals of federal policy. This week’s harried discussions about Senate rules are but a poor substitute for what I believe could have and should have been a thoughtful public debate at any time over the past year.”

Bowman, 45, a progressive, was elected in 2020 to represent New York’s 16th Congressional District, which includes parts of the Bronx borough of New York City as well as parts of suburban Westchester County.

Sinema, 45, has been a U.S. senator since January 2019 after previously serving in the U.S. House from Arizona’s 9th Congressional District.