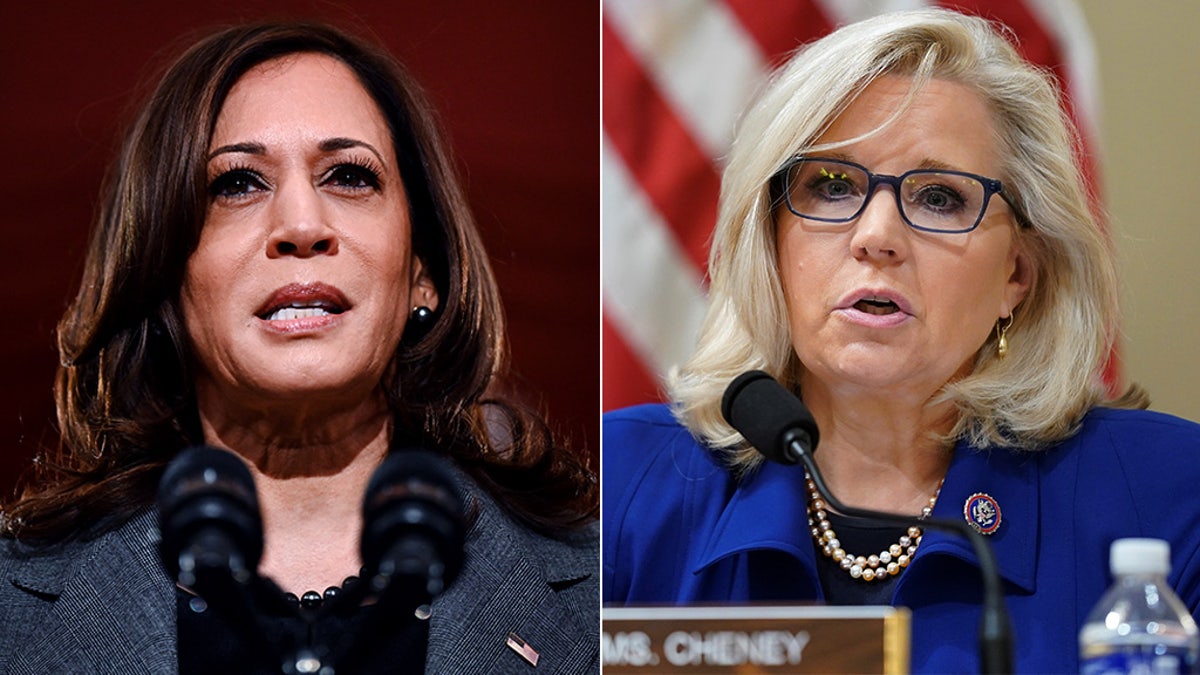 The remarks were given in an interview set to air on “PBS NewsHour” with host Judy Woodruff on the one-year anniversary of the Jan. 6, 2021, Capitol riot. 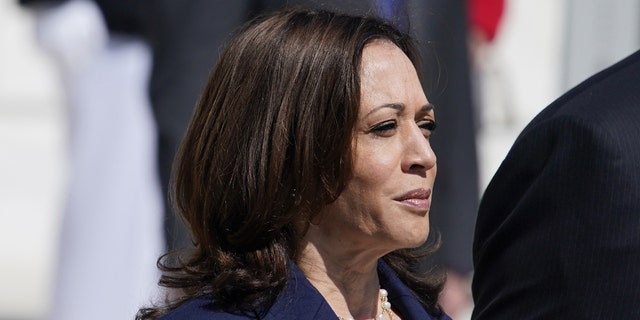 Cheney, R-Wyo., serves as vice chair of the select committee investigating the attack on the Capitol. Harris was asked about Cheney’s claim that Trump sparked the riot.

“These are moments when we must speak truth, and I applaud her courage,” Harris responded.

“In the midst of, you know, a number of her colleagues who have failed to show such courage or those who have shown courage and sadly are not seeking reelection or have not sought reelection,” Harris added, “I applaud her courage to speak truth.” 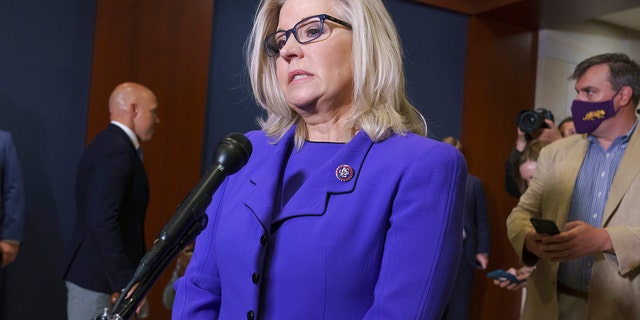 Rep. Liz Cheney, R-Wyo., speaks to reporters after House Republicans voted to oust her from her leadership post as chair of the House Republican Conference, at the Capitol in Washington, Wednesday, May 12, 2021.
(Associated Press)

Harris also touted voting rights legislation put forth by the Democratic Party, calling for its passage to “ensure through federal law that all Americans have meaningful access to the polls.”

The vice president’s comments came after she was asked about Republican counterproposals to the voting rights measures, known as the Freedom to Vote Act and the John Lewis Voting Rights Advancement Act. 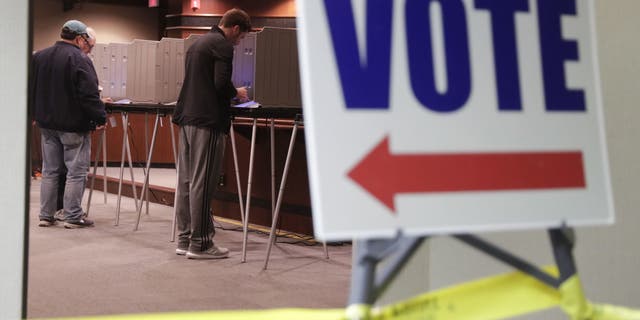 “It’s not a solution to the problem at hand, which is that right now in the United States of America, we need federal laws that guarantee the freedom and right of every American to have access to the ballot to be able to vote,” Harris told Woodruff. “The John Lewis Voting Rights Act, the Freedom to Vote Act address that issue.”

Harris said “those are the issues that are present and that are imminent and that are really dispositive, frankly, of this moment in time in terms of whether we are going to fight for some of the most important pillars of a democracy, such as the freedom to vote and free and fair elections.”