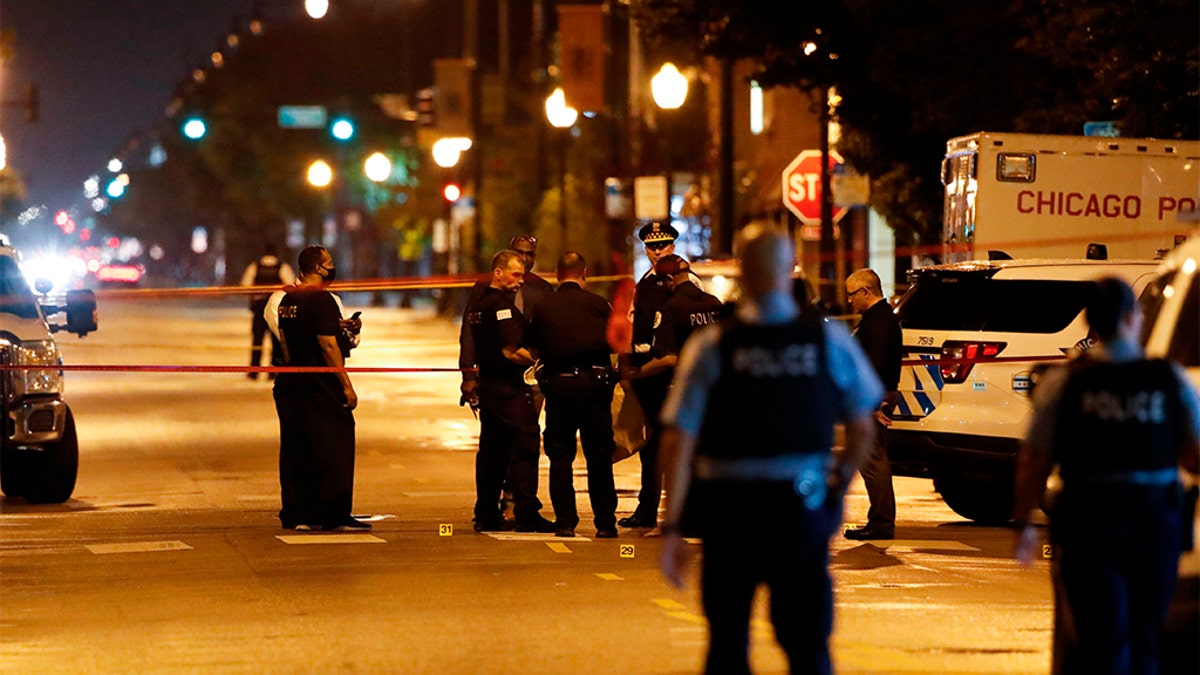 As violent crime continues to rise in cities across America and the surge of migrants at the southern border shows no sign of slowing, the latest Fox News Poll finds majorities concerned about these issues. Not coincidentally, majorities disapprove of President Biden on these same issues.

The poll, released Thursday, finds that over 8 in 10 registered voters are “extremely” or “very” concerned about violent crime (81 percent). Only inflation (86 percent) and political divisions (83 percent) are more worrying. Health care tracks closely behind crime (78 percent).

Six in ten are concerned about climate change (60 percent) and attacks by Islamic terrorists (58 percent). 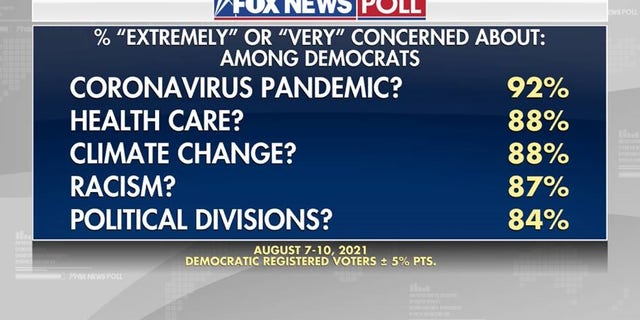 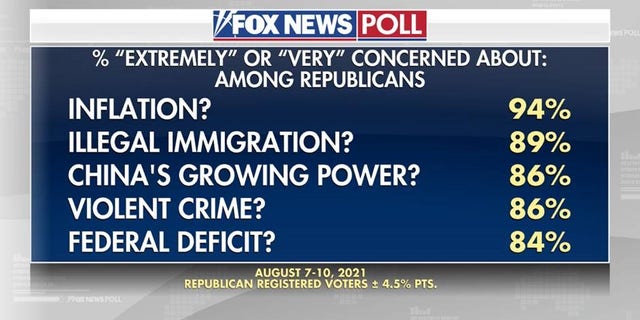 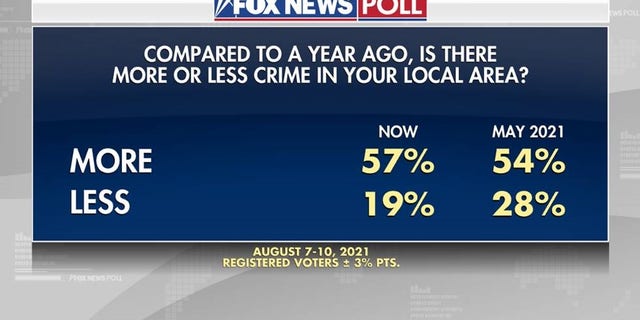 That likely explains why, when it comes to reducing funding for police departments, 63 percent are opposed — nearly twice the number who are in favor (34 percent).  White voters (69 percent) are more likely than Black voters (43 percent) and Republicans (87 percent) more likely than Democrats (39 percent) to oppose reducing police funding. 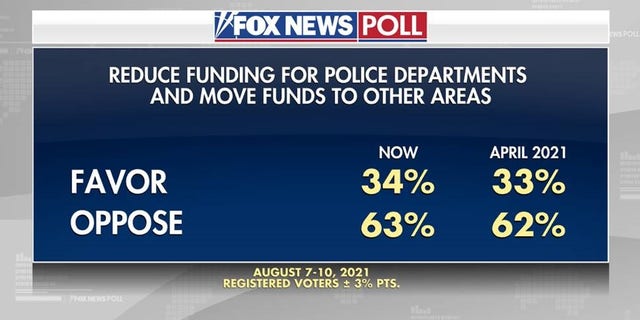 In addition, almost 8 in 10 voters view their local police favorably (77 percent), up slightly from last summer (74 percent). Majorities across the board feel this way, including Republicans (90 percent), Democrats (66 percent), Hispanic voters (66 percent) and Black voters (60 percent). 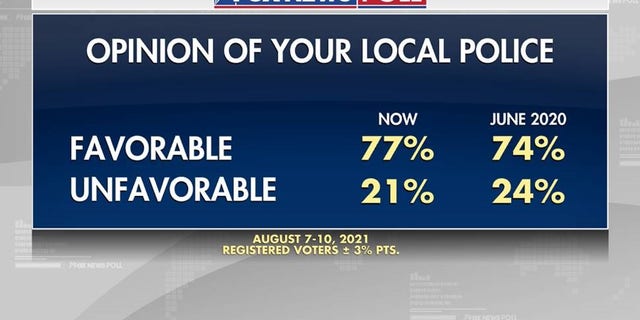 At the same time, the Black Lives Matter movement saw a significant drop in positive views. Sixty-seven percent had a favorable opinion of BLM last June; that number has decreased 18 points, to 49 percent today. 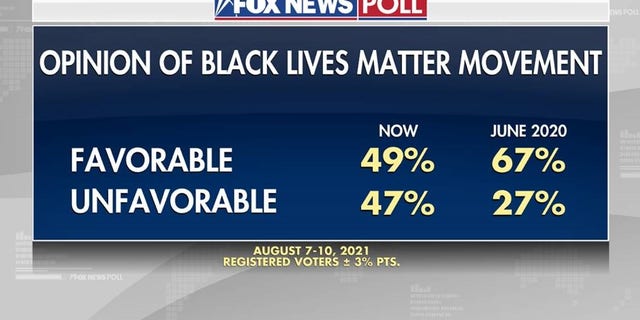 As the flow of migrants at the border continues with seemingly no end in sight, voters disapprove of the Biden Administration’s policy to get at its “root cause” by increasing U.S. financial support to Central American countries to make conditions there better: 53 percent oppose this, while 38 percent favor it. 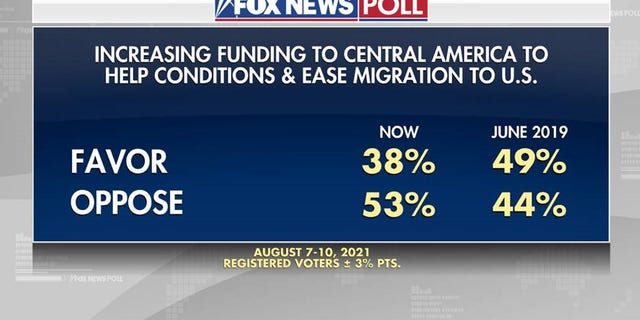 This is a reversal from two years ago when 49 percent favored sending money and 44 percent opposed (June 2019).

Do people blame the border crisis on the fact that Joe Biden was elected president?  Fifty-five percent say his election is “mostly” or “completely” responsible for the influx, while 20 percent say “a little” and 22 percent say “not at all” responsible. 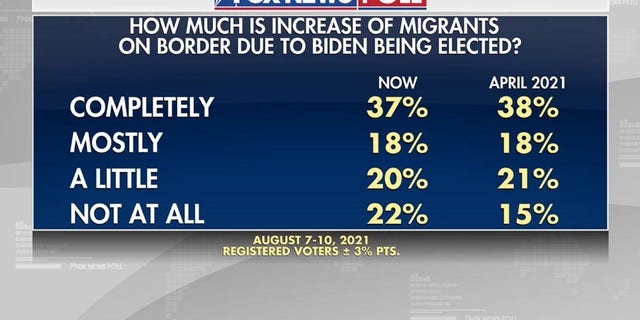 Considering the level of voter concern on these issues, it is not surprising Biden’s worst job ratings are on crime (39 percent approve vs. 51 percent disapprove) and immigration (35-57 percent).

Overall, 53 percent approve of his job performance, down a touch from 56 percent in June.  Forty-six percent disapprove.

Conducted August 7-10, 2021 under the joint direction of Beacon Research (D) and Shaw & Company Research (R), this Fox News Poll includes interviews with 1,002 registered voters nationwide who were randomly selected from a national voter file and spoke with live interviewers on both landlines and cellphones.  The total sample has a margin of sampling error of plus or minus three percentage points.