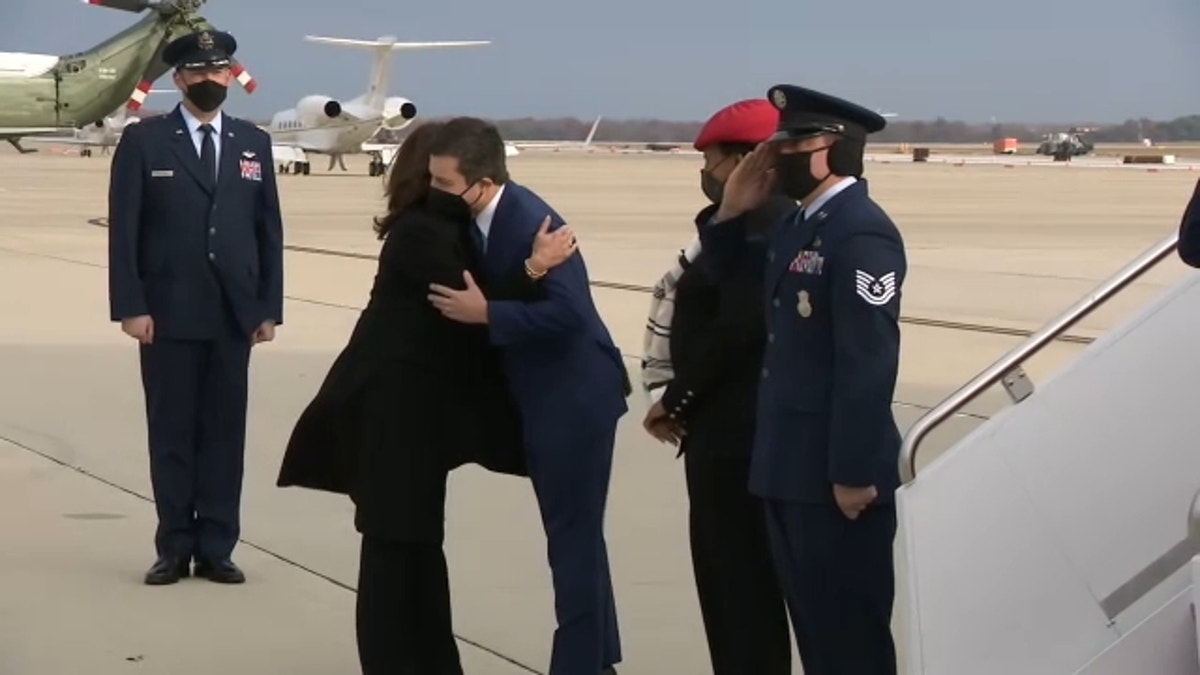 The White House says that during the trip, which is part of a broad effort by the Biden administration to showcase how the massive infrastructure measure will benefit Americans, Harris and Buttigieg will discuss how the law “will upgrade our nation’s infrastructure and create good-paying union jobs in North Carolina.”

But the joining of forces between the vice president and the transportation secretary comes amid increased chatter and speculation over whether Harris and Buttigieg could potentially face off for the 2024 Democratic presidential nomination if Biden eventually decides against seeking a second term in the White House.

AS BIDEN TURNS 79, THERE’S NO LET UP IN SPECULATION OVER WHETHER HE’LL SEEK REELECTION IN 2024

The 57-year old Harris, the first female and Black vice president in American history, and the 39-year old Buttigieg, the first openly gay Cabinet secretary to be confirmed by Congress, were rivals along with Biden in the large field of contenders for the 2020 Democratic presidential nomination. Harris ended her bid in late 2019, in advance of the primary calendar. Buttigieg, who narrowly won the Iowa caucuses, dropped out in early March. Both ended up endorsing Biden, who captured the Democratic nomination before defeating Donald Trump in the 2020 presidential election. 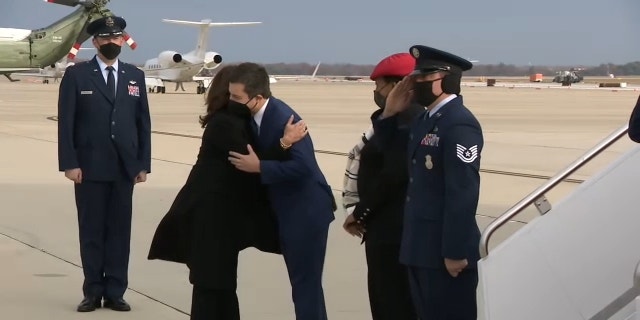 While Harris and Buttigieg are said to be friendly, pundits see them as potential rivals should Biden decide not to seek reelection.

A SECOND TOP ADVISER TO VICE PRESIDENT HARRIS STEPPING DOWN

The vice president hugged Buttigieg ahead of boarding Air Force Two on Thursday morning. And on the flight to North Carolina the transportation secretary was asked about the 2024 speculation.

“It’s 2021. And the whole point of campaigns and elections is when they go well you get to govern. And we are squarely focused on the job at hand. I am excited to be part of a team led by the president and the vice president,” Buttigieg said, according to a pool report. 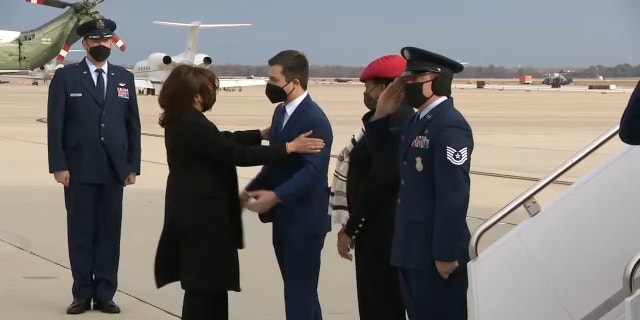 Biden, who turned 79 last month, made history last year when he became the oldest person ever elected president. If he campaigns for reelection in 2024 and wins, Biden would be 82 at his second inauguration and 86 at the end of his second term.

Asked in March at the first formal news conference of his presidency about his 2024 plans, Biden said, “My answer is yes. I plan on running for reelection. That’s my expectation.”