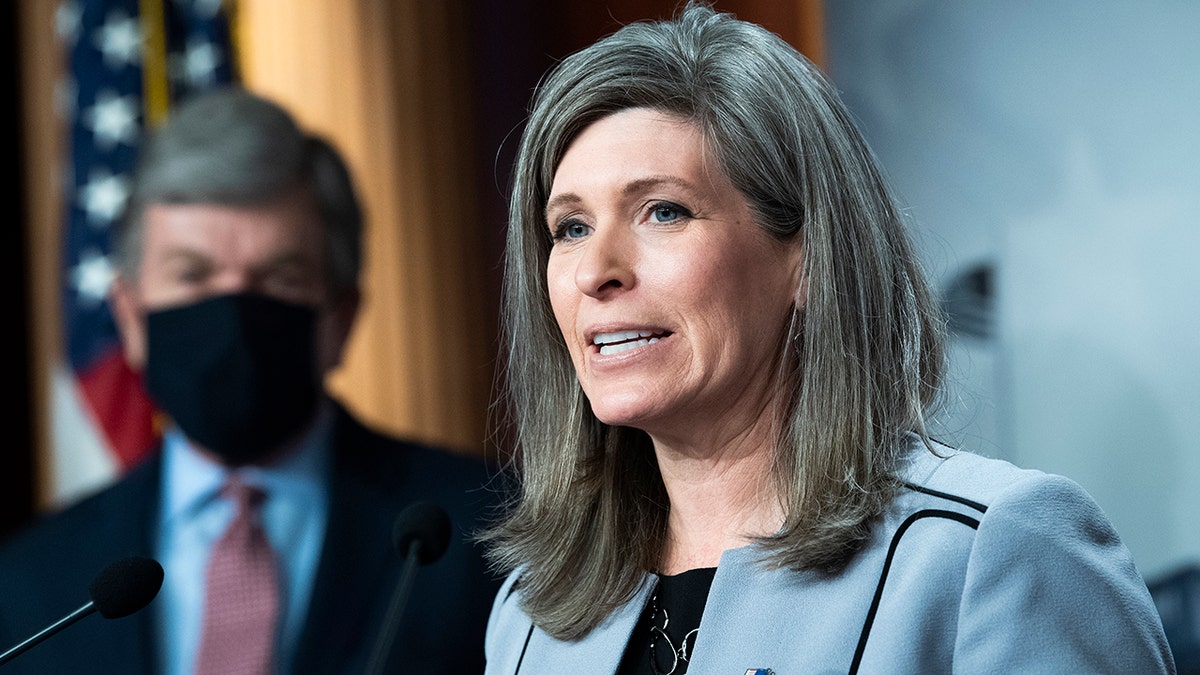 Senate released a video thanking U.S. service members for their service in Afghanistan and provided a crisis hotline for veterans struggling amid fall to the Taliban.

More than a dozen Republican senators joined together in a video giving thanks to the members of the U.S. Armed Forces who served in Afghanistan over the past 20 years.

“Thank you to all the Afghanistan veterans who’ve kept us safe,” Sen. Joni Ernst of Iowa, who is an Army veteran and the vice chair of the Senate GOP, wrote on Twitter while sharing the video. “You led the response to 9/11, caught Osama bin Laden, & kept foreign terrorists off our shores.”

The 2:30 minute-long video opens on a shot of American flags waving in a field as the assembled senators give their thanks to the men and women who served America overseas in Afghanistan.

Among the lawmakers alongside Ernst were fellow Sens. John Cornyn and Ted Cruz of Texas, Chuck Grassley of Iowa, Roger Marshall of Kansas and John Barrasso of Wyoming, among many others.

“We want you to know that our country appreciates you, we are grateful, we are thankful,” Cruz said. “We love you.”

“We got your back,” Cruz added later in the video, also saying that America is “stronger” and “freer” because they answered the call to serve in Afghanistan.

“I know there’s a lot going on in the world today but I just want you to know that I’m grateful,” Kansas Sen. Roger Marshall said. “That my family is grateful. That the state of Kansas is grateful.”

“This nation is grateful for the incredible job you all did in Afghanistan,” Marshall added.

“You have kept us safe here in the homeland for the past two decades,” Ernst said. “God bless you for keeping us safe. Thank you.”

“Don’t let the bad decisions of the policymakers and politicians diminish your service in any way,” Cornyn said. “We honor you, we thank you, and we celebrate your service to our great country today.”

The video also depicts the nationwide celebration after Usama bin Laden was killed by U.S. forces under former President Obama.

The video comes as veterans across the country have expressed their anger and frustration with President Biden’s botched Afghanistan troop withdrawal that handed the entire Central Asian country over to the Taliban. Senators in the video encourage veterans affected by the Afghanistan crisis to seek counseling.

Rep. August Pfluger, R-Texas, a retired Air Force officer, said it broke his heart to see the 20 years’ worth of American fighting in Afghanistan go down the drain amid the pullout.

“No, I’m sorry, the American president and the secretary of defense set the conditions,” Pfluger said. “But it seems just the opposite of that… it’s heartbreaking after 20 years in Afghanistan to see the blood, sweat and tears that have been spent there now evaporating into this debacle.”

If you are a veteran or know a veteran who is struggling during the Afghanistan crisis, call the veterans crisis line at 1-800-273-8255.