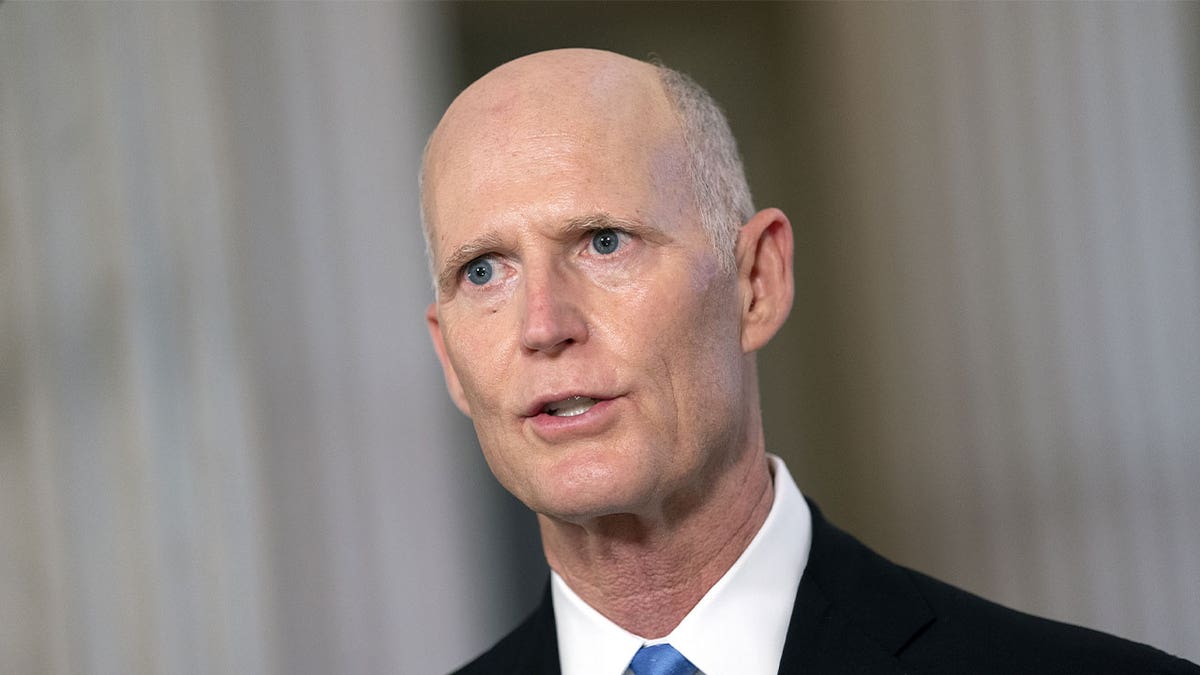 Text of the legislation, named the Prevent Unconstitutional Vaccine Mandates for Interstate Commerce Act, says it prohibits “the Department of Transportation and other agencies from promulgating rules requiring a person to provide proof of COVID–19 vaccination in order to engage in interstate commerce or travel, and for other purposes.”

“While American businesses are working hard to recover from the devastating impacts of COVID-19, President Biden is set on implementing more mandates, lockdowns and restrictions that are holding them back,” said a statement from Sen. Rick Scott of Florida, who spearheaded the bill. “I got the COVID-19 vaccine and encourage everyone who feels comfortable to get it too, but government has no business pushing mandates on the American people and our hardworking businesses.”

BORDER PATROL AGENTS MUST BE VACCINATED BY NOV OR FACE BEING FIRED: WHISTLEBLOWER

Johnson said he is proud to support the legislation as it “would prohibit federal agencies from requiring anyone to show proof of COVID-19 vaccination to do business across state borders.”

“No one should be pressured, coerced, or fear reprisal for refusing treatment, including the Covid-19 vaccine,” Johnson said, highlighting the need for “transparency.”

Lummis considered Biden’s vaccine mandate to be “job-killing” and said that she, too, is proud to be a co-sponsor of Scott’s bill.

“We’ve already seen the job-killing impact that President Biden’s vaccine mandate is having around the country,” Lummis said. “We don’t need to further exacerbate it by attacking tourism and business travel as well. The people of Wyoming aren’t dumb – they are considering the factors when evaluating whether to get the COVID vaccine, and they don’t need a presidential mandate politicizing what should simply be a healthcare decision made in consultation with medical professionals.”

Scott also announced that a companion bill is expected to be introduced in the House by Texas Republican Rep. Dan Crenshaw, who said Biden’s vaccine mandate is “cheap” and an “unconstitutional overreach of governance.”

“The last thing that Americans need right now is another mandate that further prevents hardworking citizens from having the freedom to live their lives,” Crenshaw said. “Americans should have the right to make the best decision for themselves when it comes to getting the COVID vaccine. As lawmakers, what we need to do is educate the public in an honest way about the vaccine, and then allow them to make the choice for themselves. President Biden’s vaccine mandate is a cheap, unconstitutional overreach of governance and we will not stand by while it happens.”

Biden’s issued an executive order earlier this month mandating vaccines among all federal workers, allowing only some religious and disability exemptions and dropping the option of regular testing. The order applies only to employees of the executive branch and does not apply to the legislative or branches of government, the White House confirmed to Fox News. Those exempt from the order includes members of , the federal court system or their staffers.

Biden said companies with 100 or more employees will have to mandate vaccines or weekly COVID-19 testing under a forthcoming emergency order by the Labor Department’s Occupational Safety and Health Administration, which will apply to more than 80 million private-sector workers. The administration said companies that don’t comply can face fines of almost $14,000.

In a nationwide push to get more Americans vaccinated, Biden blamed the pandemic on the “unvaccinated” in July and suggested they are “sowing enormous confusion.”