EXCLUSIVE: Vikram Mansharamani says his decision to launch a Senate campaign for the Republican nomination in the crucial swing state of New Hampshire was “deeply personal.”

Mansharamani, a businessman, economist, and author who’s spent decades advising corporate leaders and assisting entrepreneurs, says he first started thinking of running for office when he and his wife “were trying to have a say in our daughter’s education.”

“The ‘experts’ told us they knew best – better than we did as her parents. And you know what, that’s what parents all around the country are being told. And it’s not just in education, it’s in almost all walks of life. Sit down, keep quiet, and do what the ‘experts’ say. Well, I don’t agree,” Mansharamani emphasized in a statement and a video announcing his Senate candidacy on Thursday that were shared first nationally with Fox News.

BATTLE FOR THE SENATE: THE LATEST FOX NEWS 2022 POWER RANKINGS

Mansharamani, whose parents immigrated from India, said that he’s “running to recreate and protect the promise of equal opportunity. I’m blessed to have been born in the United States. As the son of two working-class immigrants who came in search of a better life, I have lived the American Dream.”

But he lamented that “this land of opportunity from which I benefited is at risk of disappearing. I want to make sure it doesn’t for our kids and our grandkids.”

Mansharamani, a first time candidate, is hoping to face off in November against former governor and first-term Democratic Sen. Maggie Hassan, who’s running for reelection this year.

Pointing to her lackluster approval ratings, Republicans say that Hassan is vulnerable, and her seat is one of the GOP’s top targets to flip from blue to red as they try to regain the Senate majority they lost when Democrats swept Georgia’s twin runoff elections in January 2021. But beating Hassan won’t be easy. She has a history of winning difficult elections and has built up a healthy $7.5 million campaign war chest.

The race in New Hampshire is one of just a handful across the country in November’s midterms that could decide which party will control the Senate next year. 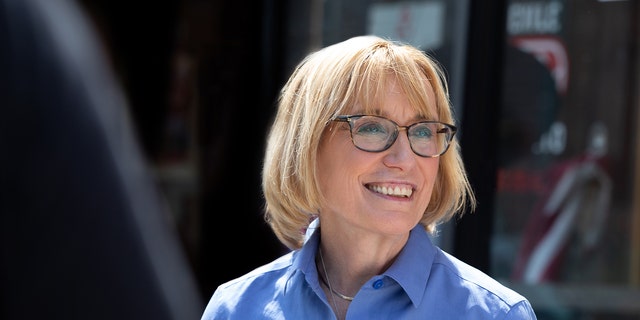 Democratic Sen. Maggie Hassan makes a stop in the northern New Hampshire city of Berlin on April 7, 2021. The former governor and first term senator is running for reelection in 2022.
(Maggie Hassan reelection campaign)

National Republicans spent much of 2021 heavily recruiting popular GOP Gov. Chris Sununu to challenge Hassan. Sununu considered taking on his predecessor as governor, but announced in November that he would run in 2022 for reelection rather than for the Senate.

Mansharamani becomes the seventh declared Republican in the race. The current field includes retired Army Gen. Don Bolduc, who came in second in the 2020 Republican Senate primary in New Hampshire, and who launched his 2022 Senate bid days after the 2020 election; New Hampshire Senate President Chuck Morse and former Londonderry town manager Kevin Smith, who declared their candidacies in January; and Libertarian-leaning cryptocurrency entrepreneur Bruce Fenton, who jumped into the race a couple of weeks ago.

Wendy Long, the 2012 and 2016 GOP Senate nominee in the heavily blue state of New York – who received a shellacking at the hands of Democratic Sens. Kirsten Gillibrand and now-Senate Majority Leader Chuck Schumer – recently moved to New Hampshire and is seriously considering entering the race, as well.

Candidates have until June 10 to file to appear on New Hampshire’s Sept. 13 primary ballot.

Mansharamani, who has owned a home in New Hampshire since 2018 and moved full time to the Granite State in 2020, is a resident of Lincoln, a town located in the White Mountains in the northern part of the state. 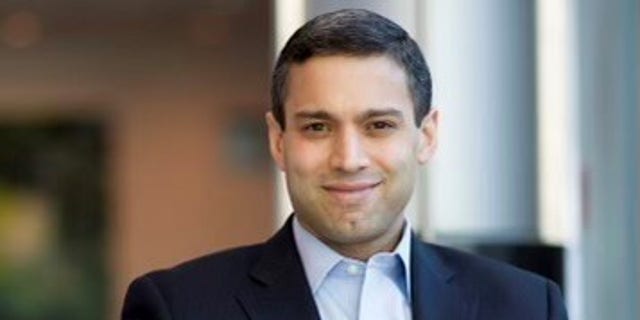 He explained that he’s “running because we need to regain America’s strength – at home and abroad. It’s time to contain this runaway inflation, restore energy independence, and bring supply chains and jobs back to America. We need to invest in innovation and create the industries of the future here, and we must also project strength abroad because, as we’ve seen in Afghanistan, American weakness can destabilize the world.”

But he added that he’s “an optimist, and despite the challenges we face, I’m confident fresh thinking can get us back on track.”

Mansharamani is being advised by Mike Biundo, a longtime New Hampshire-based Republican consultant who advises GOP candidates across the country and who’s a veteran of former President Donald Trump’s 2016 presidential campaign. Also advising the campaign is Derek Dufrensne, who along with Biundo is a partner at the Ascent Strategic consulting shop, and Rob Varsalone, a longtime New Hampshire-based Republican strategist and a veteran of former GOP Sen. Kelly Ayotte’s campaigns.