Florida Rep. Wilson tells Biden to ‘pay’ migrants not to come to US 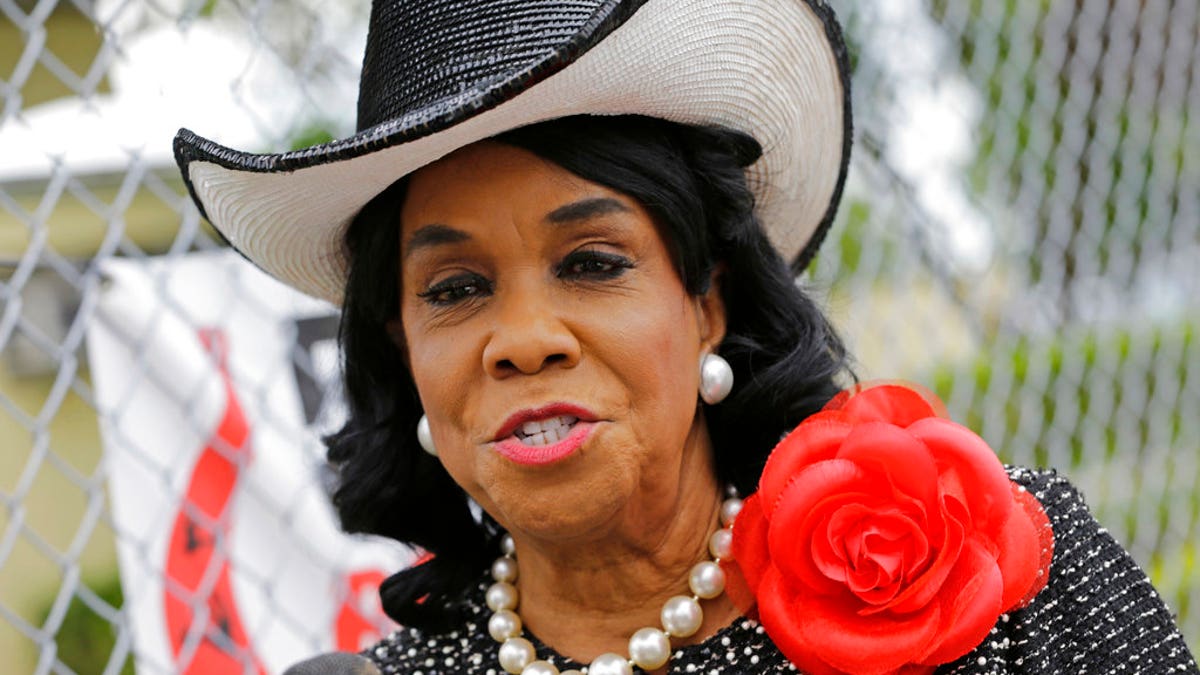 Florida Democratic Rep. Frederica Wilson on Thursday called on President Biden to “pay” those fleeing Latin America for the U.S. southern border to “incentivize” them to remain in their country of origin.

“Fly to those countries,” she said while addressing the Biden administration. “Give money to these people. Set up jobs. Give them some sort of incentives to stay in their country to work.”

Wilson said the FBI has tracked the movements of cartels profiting off of smuggling schemes through “chatter” on Facebook and said an estimated 60,000 more are expected to make the journey from Panama, Chile, Brazil and Ecuador.

The Biden administration has come under fire from both Democrats and Republicans for its response to the migrant crisis at the southern border.

Officials on horseback tried to block migrants from crossing the river and one officer appeared to swing his reins while a migrant was nearby. Democratic lawmakers falsely accused officers of beating migrants with whips, even though border agents do not carry whips and the images do not show any agent striking a migrant.

“I am pissed,” Wilson said. “From what I saw of Border Patrol on horseback beating Haitian people, Black people with whips – they looked like whips to me, I’ve been told they’re not whips.

“My father was a civil rights advocate and a leader, and it looked like slavery to me,” she added.

Wilson was joined by Democrat state Sen. Shevrin Jones and community members for a press event in Miami to urge the White House to stop the deportation of Haitians who have flooded the Texas border.

“No one should be deported to Haiti,” she said acknowledging both political and natural disasters that have struck the nation over the last several months.

“Today is not the time to be deporting people to Haiti,” she added.

The Biden administration has continued the use of Title 42, first implemented under the Trump administration, which allows officials to forego usual immigration proceedings to protect against the spread of COVID-19.

Wilson encouraged Americans who want to pay to sponsor visas for migrants to contact her office, claiming that only children and families “are fine” and being given “priority” admittance.

“The people that they’re targeting to deport are single Black men,” she said, adding, “and I want them here.”