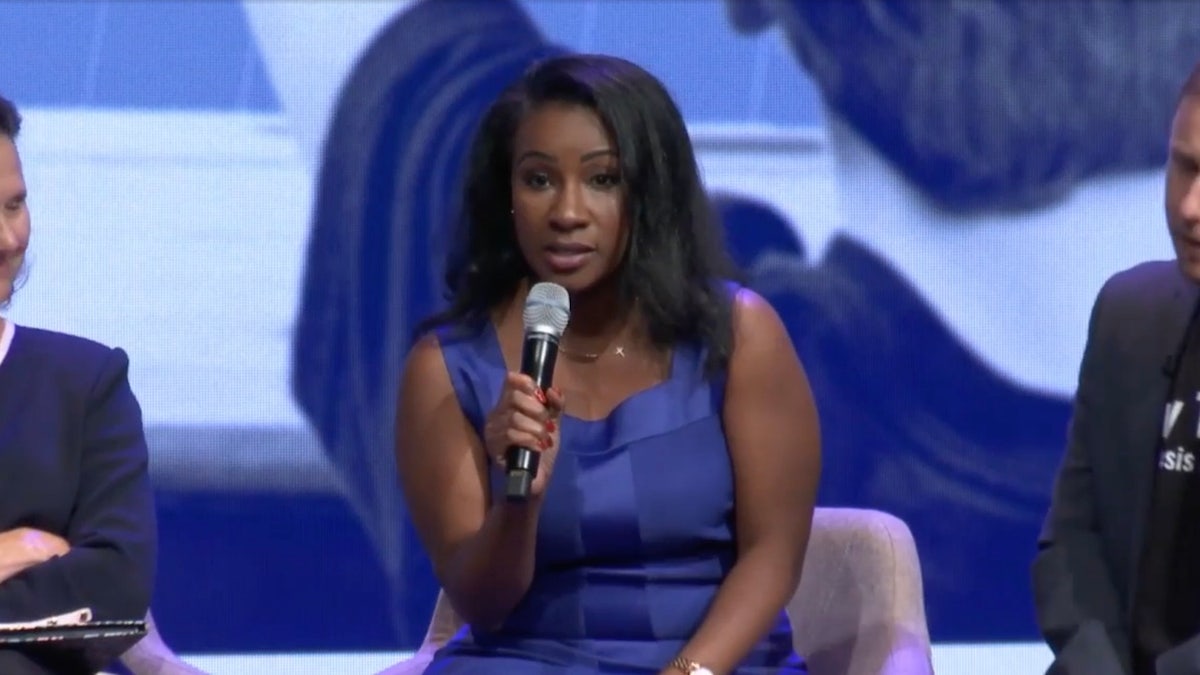 Florida mom and activist Quisha King is speaking out about her concerns that the recent Justice Department investigation will discourage parents from voicing their opposition to critical race theory (CRT) and other ideas.

“Intimidating school board members is where they draw the line, but … that’s very vague,” she told Fox News in an interview Friday. “Who deems what’s intimidating? That can be used in many different types of ways.”

Commenting on the FBI’s involvement, she said, “That in itself is intimidating … When you know that the FBI could possibly come after you … you’re at home making peanut butter and jelly or ironing your kids’ clothes for school – and you happen to have said something that they ‘deem intimidating,’ and the FBI shows up at your door. Yeah, that’s going to quell a lot of speech.”

King, an activist with Moms for Liberty who previously worked for the Republican National Committee (RNC), went viral for a speech denouncing critical race theory at her local school board meeting.

Her concerns were similar to those raised by Sen. Josh Hawley, R-Mo., and Minority Leader Mitch McConnell, R-Ky. – both of whom suggested DOJ’s memo was an overreaction and potential threat to civil liberties.

DOJ recently announced it would coordinate a nationwide investigation after the National School Board Association (NSBA) suggested educators might be encountering domestic terrorism. In it, NSBA referenced several instances of reported violence or intimidation.

Garland’s didn’t use the term “domestic terrorist” and clarified that “spirited debate” was not the target of his probe. “While spirited debate about policy matters is protected under our Constitution, that protection does not extend to threats of violence or efforts to intimidate individuals based on their views,” he said.

Nonetheless, Hawley has expressed concern about the NSBA letter, which invoked the Patriot Act, and the potential for overreach.

The extent of the FBI’s involvement is somewhat unclear. Garland’s memo read: “Coordination and partnership with local law enforcement is critical to implementing these measures for the benefit of our nation’s nearly 14,000 public school districts.

“To this end, I am directing the Federal Bureau of Investigation, working with each United States Attorney, to convene meetings with federal, state, local, Tribal, and territorial leaders in each federal judicial district within 30 days of the issuance of this memorandum. These meetings will facilitate the discussion of strategies for addressing threats against school administrators, board members, teachers, and staff, and will open dedicated lines of communication for threat reporting, assessment, and response.”

King received a standing ovation Thursday when she called for a “mass exodus” from public schools, arguing that officials were leaving parents with no other option.

She later released an Instagram video asking followers what kinds of concerns they had (transportation, etc.) in transitioning their children away from public schools.