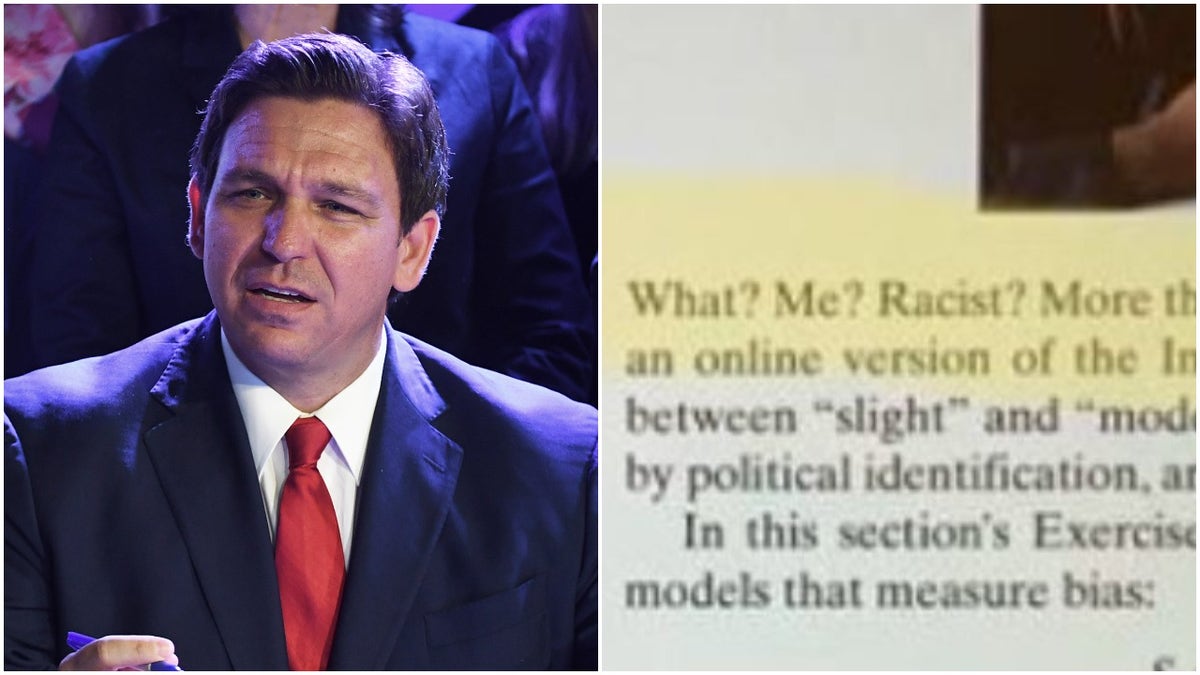 The state of Florida has released four examples from textbooks it has rejected from its school system amid concerns over the promotion of Critical Race Theory and common core principles.

“Based on the volume of requests the Department has received for examples of problematic elements of the recently reviewed instructional materials, the following are examples provided to the department by the public and presented no conflict in sharing them,” the Florida Department of Education wrote in a along with screenshots from the rejected textbooks. “These examples do not represent an exhaustive list of input received by the Department.  The Department is continuing to give publishers the opportunity to remediate all deficiencies identified during the review to ensure the broadest selection of high quality instructional materials are available to the school districts and Florida’s students.”

In one of the screenshots, the text describes the Implicit Association Test which measures levels of “racial prejudice” while displaying a graph suggesting conservatives are more inclined to be racially biased. 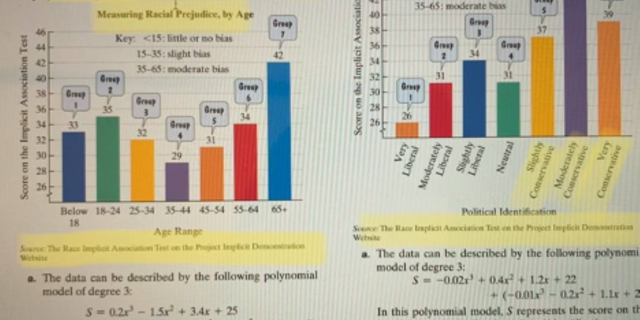 “What? Me? Racist?” another screenshot from a textbook reads while also discussing the Implicit Association Test. 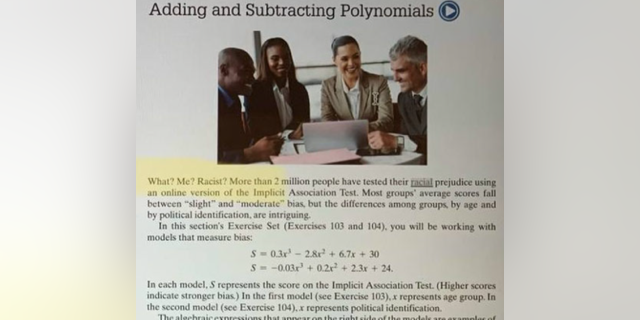 Two other screenshots encourage students to “build proficiency with social awareness” and engage in “social and emotional learning.” 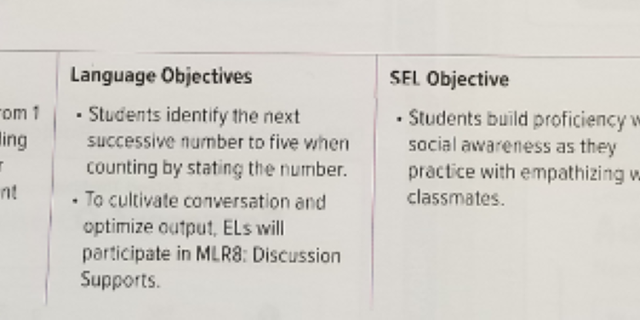 The Florida Department of Education did not immediately respond to a request for comment from Fox News.

Florida’s Department of Education 41% of mathematics textbooks submitted for use in the state’s public schools last week, citing critical race theory and other issues with the texts.

Republican Florida Gov. Ron DeSantis has led a push to reform education standards and practices in the state. Florida called for textbook submissions from publishers in 2021 in accordance with a 2019 executive order from DeSantis aimed at eliminating Common Core standards in the state. The textbooks rejected “were impermissible with either Florida’s new standards or contained prohibited topics.”

“It seems that some publishers attempted to slap a coat of paint on an old house built on the foundation of Common Core, and indoctrinating concepts like race essentialism, especially, bizarrely, for elementary school students,” DeSantis said in a statement accompanying . “I’m grateful that Commissioner Corcoran and his team at the Department have conducted such a thorough vetting of these textbooks to ensure they comply with the law.”