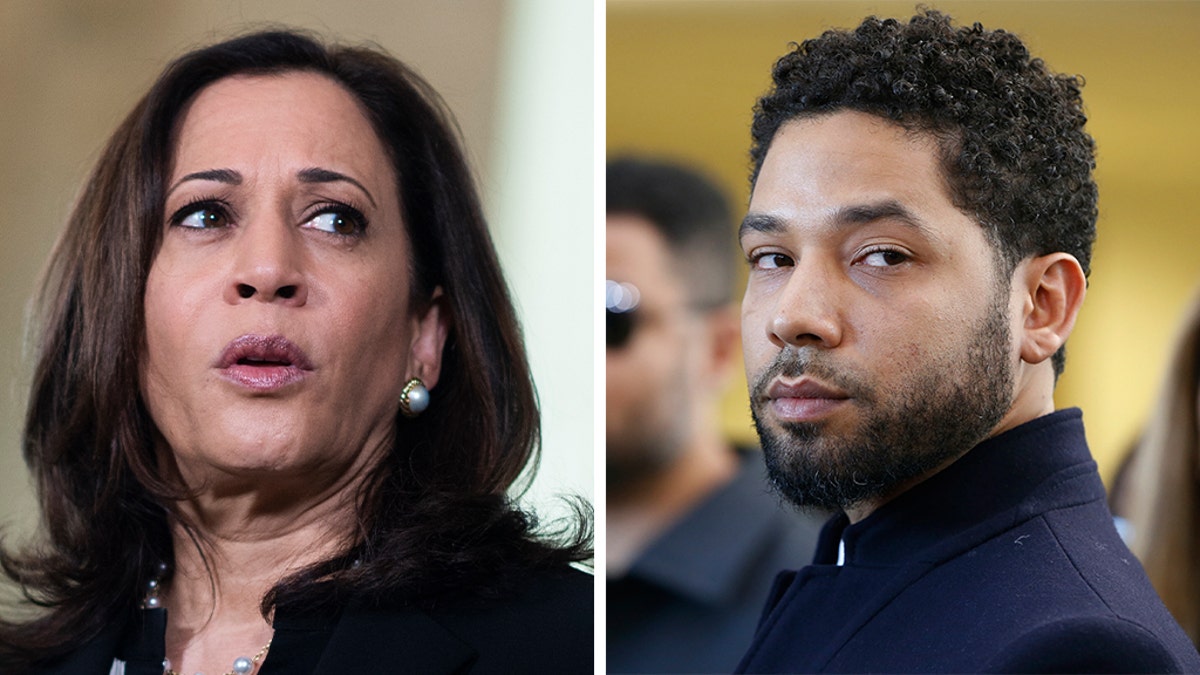 Vice President Kamala Harris once called actor Jussie Smollett’s claims of being attacked an “attempted modern-day lynching” in January 2019 when reports of it first surfaced.

Smollett is set to stand trial on charges that he staged the attack against him.

Harris, then a California senator, eventually reversed course weeks after her initial tweet, saying she was “sad, frustrated, and disappointed” after investigators said Smollett may have faked the attack.

Smollett originally told police on Jan. 29, 2019, that two masked men attacked him at 2 a.m. in Chicago, made racist and homophobic insults, threw chemicals on him, looped a noose around his neck, and told him he was in “MAGA country.”

As Chicago police started to investigate the attack, Smollett’s story fell apart. Police alleged weeks later that Smollett paid two friends to help stage the attack because he was unhappy with his salary on the TV show “Empire.” Chicago Police Superintendent Eddie T. Johnson said in late February 2019 that Smollett “took advantage of the pain and anger of racism to promote his career.”

This is when Harris took back her sympathetic comments about Smollett, saying that when someone falsely reports a hate crime, it distracts from the truth.

“When anyone makes false claims to police, it not only diverts resources away from serious investigations but it makes it more difficult for other victims of crime to come forward,” Harris said on February 21, 2019. “At the same time, we must speak the truth: hate crimes are on the rise in America.”

On Mar. 7, 2019, the Cook County State Attorney’s Office filed a 16-count felony indictment against Smollett on charges that he staged the hate crime attack and made numerous false statements to police. But then just three weeks later, the CCSAO dropped those charges in exchange for 15 hours of community service and the agreement that Smollett would forfeit his $10,000 bond to the City of Chicago.

Months after the prosecutors dropped the charges with little explanation, a judge appointed a special prosecutor, former U.S. attorney Dan Webb, to look into the original investigation.

Webb eventually determined that Smollett “planned and participated in a staged hate crime attack, and thereafter made numerous false statements to Chicago Police Department officers on multiple occasions, reporting a heinous hate crime that he, in fact, knew had not occurred.”

Smollett pleaded not guilty and his defense team filed a motion to dismiss the latest charges over double-jeopardy, but a judge shot that down in June 2020. Smollett still claimed he did nothing wrong, telling TMZ he’s innocent.

He was charged with felony disorderly conduct. The class 4 felony carries a sentence of up to three years in prison but experts have said it’s more likely that if Smollett is convicted, he would be placed on probation and perhaps ordered to perform community service.