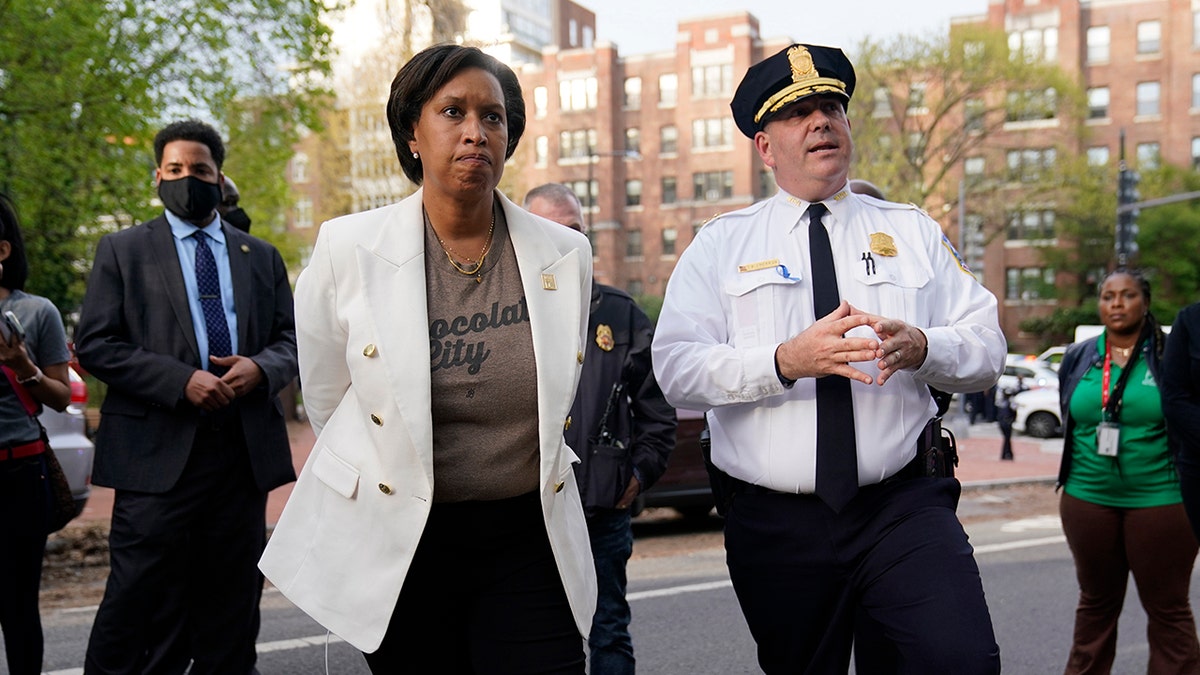 Washington, D.C. Mayor Muriel Bowser on Friday condemned what she called the “epidemic of gun violence in our country” following a shooting in the district that left four injured, including a child.

The suspect was later found dead in an apartment.

“The easy access to firearms — it has got to stop,” the mayor said in a statement hours after the shooting, adding that all the chaos was caused “because a person who had no business having a gun got access to one and used it to terrorize a school community.”

Authorities found several firearms, including several long guns and handguns, and “multiple” rounds of ammunition inside the apartment where the suspect was found dead, having apparently taken his life, Washington, D.C. Police Chief Robert J. Contee III said during a press conference.

It appeared the weapons were obtained legally, he said. 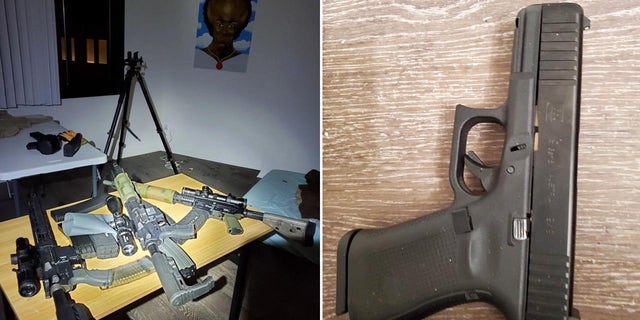 Firearms recovered in the apartment of the suspect who was found dead after the shooting.
(DC Police Department )

Earlier the Metropolitan Police Department released photos of the man it says was a person of interest in connection to the shooting: 23-year-old Raymond Spencer of Fairfax, Virginia. Contee would not confirm if Spencer was the suspect who was found dead but said authorities were no longer looking for him.

Contee said the suspect used a tripod and referred to the shooting as a “sniper-type setup” with the victims chosen at “random.” 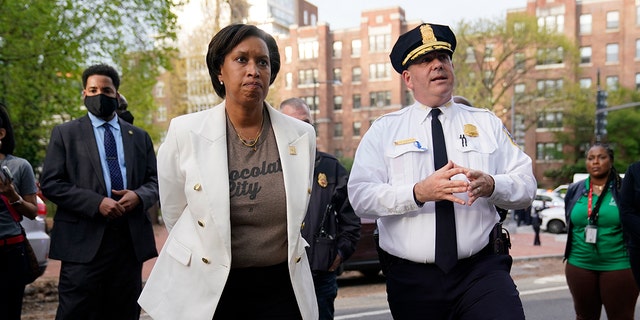 The Friday afternoon shooting in the 4100 block of Connecticut Avenue NW left a 54-year-old man, a woman in her mid-30s and a 12-year-old girl with gunshot wounds as well as a woman in her 60s with a graze wound to the back. The victims are expected to survive. The shooting occurred near several embassies. 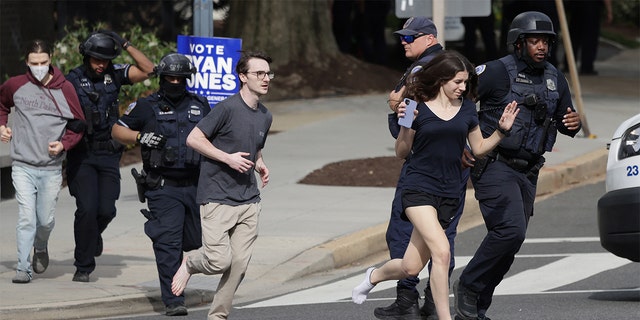 Metropolitan Police run as they escort people, some without shoes, away from a shooting scene in the northwest part of the city on April 22, 2022 in Washington, DC.
((Photo by Kevin Dietsch/Getty Images))

She continued, “We pray for the health and well-being of all of today’s victims. But the epidemic of gun violence in our country must be stopped. We cannot allow dangerous people – who become much more dangerous and deadly because they have easy access to guns – to terrorize our communities. We must believe that there is a better way than this, and we’ve got to work together, in DC and across the nation, to find it.”

Washington, D.C. has some of the strictest gun laws in the country, including an assault weapons ban, background checks, open carry isn’t allowed and concealed carry isn’t allowed within 1,000 feet of a museum, protest, federal property or monument.

Bowser has also supported several programs meant to lower gun violence and has proposed hiring more police officers, according to the Voice of America.