WaPo columnist savaged for downplaying $3.5 trillion bill and saying it will be paid for 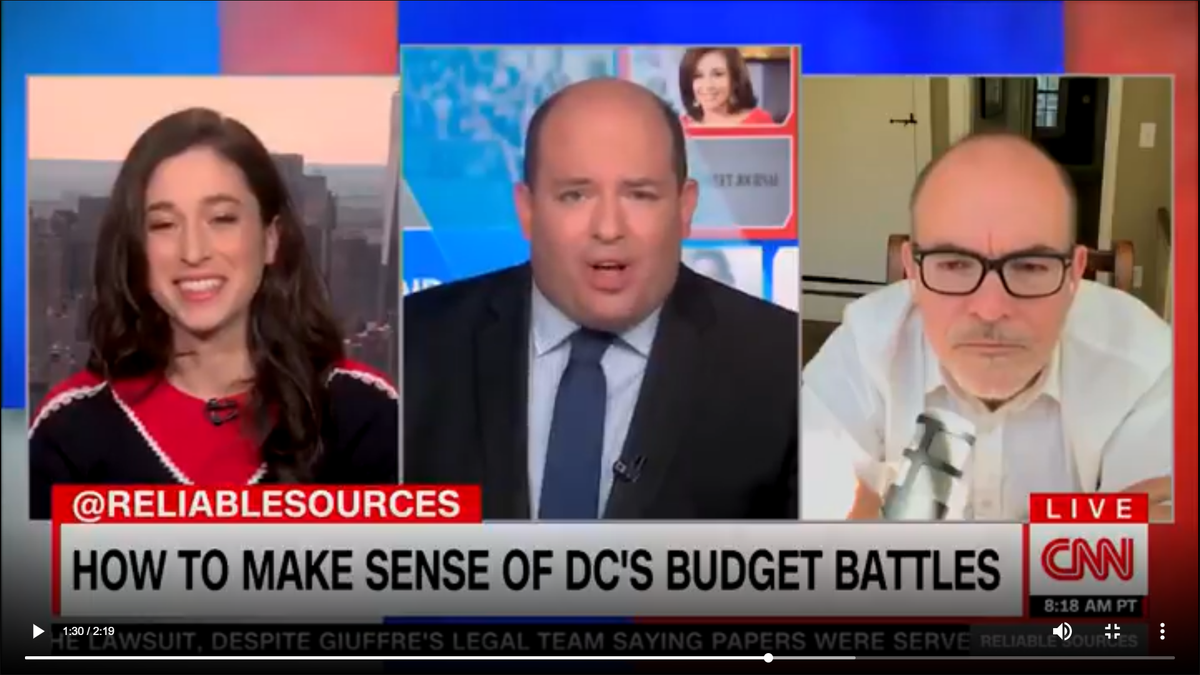 A Washington Post columnist was savaged by Twitter after downplaying a $3.5 trillion bill Sunday on Brian Stelter’s “Reliable Sources” and claiming the bill would not cost because it was being “paid for.”

The Democrats agreed Thursday to a framework determining how they will get the money for the bill, which contains billions in spending for child care, the environment, green energy and tax initiatives. The $3.5 trillion would be spent over the course of 10 years.

Washington Post columnist Catherine Rampell, said her “number one priority” was to dispute what she claimed was a misleading narrative in the media that inflated the amount of spending in the bill.

“There are good ways to spend a huge sum of money,” she said. “The kind of media coverage we have been getting doesn’t really explore whether the kinds of things that are in this bill are meritorious or not … Instead, it’s about the number.”

Stelter asked, “Why is that 3.5 trillion figure misleading?”

“Because it doesn’t really represent anything. It’s this weird shorthand that’s been used but, in fact, the bill will not cost $3.5 trillion in the sense that it will be entirely, or at least partly, paid for,” she responded.

Rampell continued, “The actual cost in terms of deficits will be smaller than that. Perhaps, even zero – although I think that is unlikely. And it’s not even fully spending, it’s not right to call it a $3.5 spending bill, because there’s probably about a trillion in tax cuts in there, too. So it’s really hard to boil down the essence of what this legislation is because it does so many things and because they’re still negotiating over the basic parameters.”

Stelter interjected, saying, “Yeah, and it will be over 10 years … and isn’t the broader point … they’re trying to do everything at once in one big bill?”

Rampell’s response invited an avalanche of criticism and mockery.

“Things don’t cost anything because someone else paid for them’ is logic my 9 year old uses about toys she sees on YouTube,” CEO of BurnRate Robert McLaws said.

“My groceries were free, because I paid for them with cash, not debt,” The Federalist contributor Kyle Sammin mocked.

House Speaker Nancy Pelosi, D-Calif., said in a letter to House Democrats Saturday that she plans to pass the bipartisan infrastructure bill and the reconciliation bill by Thursday. That simultaneously gives her some wiggle room on the vote for the infrastructure bill, which was originally planned for Monday but may slip a couple of days, and gives Democrats very little margin for error on the reconciliation bill.